Long queues for luggage check-in, flights are delayed or cancelled: Foreign helpers are supposed to alleviate the chaos at German airports. 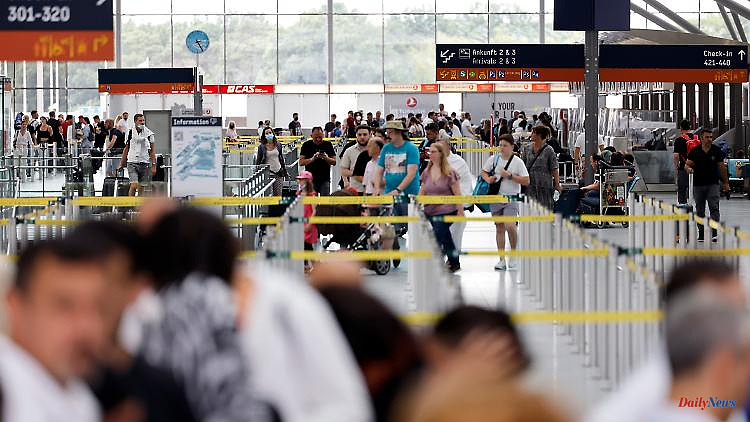 Long queues for luggage check-in, flights are delayed or cancelled: Foreign helpers are supposed to alleviate the chaos at German airports. But that shouldn't be a permanent solution.

The summer holidays began in North Rhine-Westphalia at the weekend and many people actually wanted to travel. What awaited her, however, was the opposite of relaxation. Long queues at baggage claim, frustrated people waiting at check-in or looking annoyed at the display boards because machines were late or even canceled at short notice. Travel chaos, not for the first time.

Neither Transport Minister Volker Wissing, Labor Minister Hubertus Heil nor Interior Minister Nancy Faeser leave any doubt as to who they believe is responsible for the chaos at the airports: the airlines. According to their own statements, the three do not want to have backward-looking discussions: That would not help the travelers to get on vacation faster, says Labor Minister Heil. "Now it's about pragmatic solutions," said the SPD politician. Transport Minister Wissing, who initiated the dialogue with the industry, says: "I didn't approach the industry to find someone to blame, but to look for solutions." The cause of the problem can be identified quite clearly. The airlines lack skilled workers.

So that the frustrated holidaymakers can turn into happy holidaymakers again, the federal government has worked out a plan together with the industry, which is intended to alleviate the flight chaos. The idea is to bring foreign specialists to Germany so that they can help out in the airports here in Germany. According to Interior Minister Faeser, the tip came from business that experienced helpers could be found in Turkey. The companies are to be brought to Germany, and politicians are simplifying the associated procedures. These include work permits and visas. The countries then carry out the so-called reliability checks in accordance with the Aviation Security Act. Faeser points out that this does not apply to the security checks. The federal police are responsible there, and only 15 percent of the security service providers employed there have been dismissed. In addition, the federal police could "if necessary support the security checks with their own staff".

From the traffic light, the simplified procedures were linked to conditions. Heil explains that any form of social dumping and exploitation should be avoided. This also rules out temporary work, especially since there is no legal framework for this in third countries like Turkey. The workers should be employed directly by the companies. In addition, there should be no wage dumping, the assistants should be paid according to the collective agreement. Finally, the government expects the unskilled workers to be housed humanely, which is controlled by the countries.

"This is a temporary measure so that this shortage is not carried out on the backs of vacationers," emphasizes Heil. It is not a permanent solution. "It is also the task of companies to ensure that they are attractive employers with decent working conditions and wages." Therefore, the short-term solution is linked to the Federal Government's appeal for the social partners in the affected sectors to conclude a collective agreement that can then also apply nationwide. After all, there will also be a time after summer.

The root cause cannot be solved by this. In the past two Corona years, the demand for air travel has plummeted, so specialists have looked around in other sectors. In the ntv.de interview, aviation expert Gerald Wissel estimates that although the figures differ between airports, at least ten percent of the employees in all areas of the industry are either missing or not being reactivated.

This is exactly what should be prevented. During the Corona crisis, the state helped the airlines and German airports with massive economic aid. According to Lufthansa alone, it claimed around 3.8 billion euros, but also paid back the state aid. In addition, short-time work was made possible for the industry, emphasizes the Minister of Labor. “In order to be able to start again after the pandemic.”

In some places, short-time work was also used in the industry. "But we are finding that ground staff have been laid off in some areas, sometimes with severance payments." In other places, the measure was not used at all, so that employees would have looked for other employers due to the loss of income, for example in the parcel industry.

And even if the three traffic light ministers want nothing to do with "backward-looking debates," Heil emphasizes what he thinks of the situation. "What doesn't work is that companies create problems and that the state is thrown out the door, so to speak." It is right to solve the problems at the airports pragmatically now, everyone has to take responsibility. "It's the companies' turn now, we've created the conditions." How long that would take is up to the economy. Wissing expresses himself in a similar way: "Ultimately it is a private-sector problem that can only be solved by the companies."

In addition, air traffic is not alone with the problem. Many other areas are affected by the shortage of skilled workers. The traffic light is also aware of this. The problem will be tackled for all sectors, says Heil: "It's about leveraging all domestic potential so that the shortage of skilled workers doesn't slow down growth." Together with Interior Minister Faeser, he also announced a new version of the immigration law for the autumn. But even by then the flight chaos will not have returned to normal. 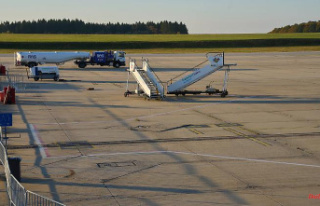