Dynamo Dresden has been relegated to the 3rd division - accompanied by massive border crossings by its own fans. 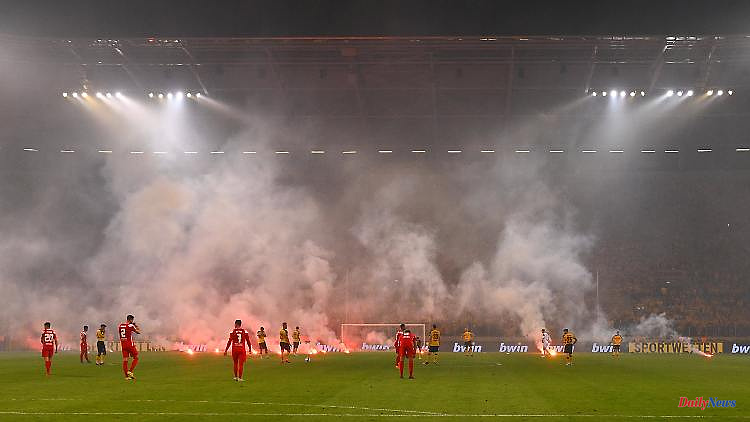 Dynamo Dresden has been relegated to the 3rd division - accompanied by massive border crossings by its own fans. The German Football Association is now punishing the club for this. The club avoids blocking individual fan blocks, but the judgment makes the situation even more difficult from an economic point of view.

Third division football club Dynamo Dresden has once again had to pay a heavy fine for riots by some of its supporters. The sports court of the German Football Association (DFB) sentenced the Saxons to three fines totaling 300,000 euros in a hearing in Frankfurt am Main for three cases of unsportsmanlike fan behavior. The club can use up to 100,000 euros of this for security or violence prevention measures, which would have to be proven to the DFB by December 31, 2022.

The spectator incidents during the second division game against FC Schalke 04 on April 1, 2022 and the two relegation games against 1. FC Kaiserslautern on May 20 and May 24, 2022 were punished.

"This judgment hits us very, very hard in an already economically difficult time - also due to the sporting second division relegation. It represents a deep cut for us," said Dynamo's commercial director Jürgen Wehlend in a statement from the club. The three-hour trial could have prevented the K-block from being blocked. This would have been the wrong sign from Dynamo's point of view. "It is all the more important that we continue the internal work and the close dialogue with all parties involved in order to achieve the necessary rethinking. The many words must now be followed by deeds," said Wehlend.

At least 200 Bengal torches and flashers were burned and 20 rockets were fired against Schalke, delaying kick-off by one minute. In addition, at least ten objects such as lighters and pens were thrown in the direction of an opposing player in the 84th minute. For this, Dynamo has to pay a fine of 130,000 euros with a discount of 43,000 euros for security and violence prevention measures.

During the relegation first leg in Kaiserslautern, 30 pyrotechnic objects were detonated. There was a fine of 15,000 euros with a discount of 5,000 euros. In the second leg, Dresden fans burned almost 200 Pyros and some of them threw them on the pitch, which led to a seven-minute break in the game. About an hour after the final whistle, a small group of Dresden fans broke into the stadium grounds and sometimes into the dressing room and the team bus. Two folders were injured. A fine of 155,000 euros with a rebate of 52,000 euros was imposed for these incidents.

1 Infamous end at Fenerbahçe: Özil terminates contract... 2 "Nobody should work on the side": DFB star... 3 Fraud allegations against ex-F1 boss: did Ecclestone... 4 Tennis dream threatens to burst: Djokovic's vaccination... 5 Courageous signal to FIFA and Qatar: top referee Benevenuto... 6 Schüller is missing at the EM for the time being:... 7 Showdown at FC Bayern: The six scenarios of Robert... 8 Press on Formula 1 in Spielberg: "Leclerc's... 9 Despite the win: Djokovic slips: Federer flies out... 10 But not this summer...: Will Bayern replace Lewandowski... 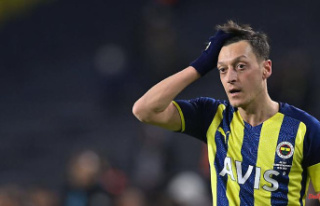