Press on Formula 1 in Spielberg: "Leclerc's revenge: the red prince wins in Austria" 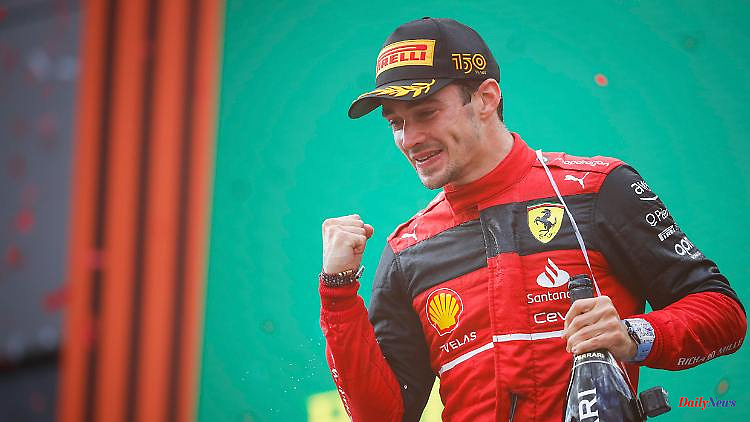 The Grand Prix in Red Bull's home country, Austria, is unfortunate for Max Verstappen. His "Orange Army" can't celebrate exuberantly. Because his opponent Charles Leclerc in the Ferrari makes him see red - that's what the international press writes about the Formula 1 race in Spielberg.

"Guardian": "Charles Leclerc celebrated victory in the Austrian Grand Prix with as much relief as joy after a race that was captivating to the end."

"Daily Mail": "It was not the result those who lit orange Bengalos came for, but one that the World Championship needed - a victory for Charles Leclerc in a dramatic, fire-lit Austrian Grand Prix. The Ferrari driver overtook Dutch partisan darling Max Verstappen three times."

"Gazzetta dello Sport": "Leclerc's revenge: The Red Prince wins in Austria, the World Cup is open again. Leclerc proves to be a pilot made of steel. He is stronger than all hurdles and difficulties. His victory is a masterpiece. After many Ferrari badly needed such a triumph."

"Corriere dello Sport": "Leclerc keeps the World Cup open. A touch of perfection blows around Leclerc's race on the Red Bull racetrack. The Ferrari driver is stronger than the circumstances and tames the unruly Verstappen. The red of the Ferrari tifosi towers above the orange of the Verstappen fans."

"Tuttosport": "Leclerc is the hero at Red Bull's home. To celebrate a win, he not only has to be the fastest, toughest and most talented pilot. He also has to be stronger than bad luck and handle a series of blows. On the He even sings the Italian anthem on the podium. What more can you ask of him?"

"La Repubblica": "Triumph and a nail-biter: With heart and talent, Leclerc rises to become the wild bull in the Red Bull arena."

"Marca": "There is a championship for the Monegasque (Charles Leclerc), but not for Carlos Sainz, who retired with an engine failure on lap 56 - 15 laps to go. He was clearly on his way to finishing second or better. "

"Mundo Deportivo": "The best way to stop the noise, the disputes and the criticism would have been a one-two. Ferrari wanted to do that at the 2022 Austrian Grand Prix F1."

"As": "Something like this only happens to Ferrari. Sainz's engine burns when he was about to catch up with Verstappen. Leclerc is stalking the Dutchman again in the world championship standings. This race in Austria shows once again how quickly things can change in a flash in Formula 1."

"Sport": "Resurrection of the title fight thanks to Leclerc and Ferrari. It became dramatic for Carlos Sainz when he was initially unable to leave the burning car. Very good sixth place from Mick Schumacher."

"AD": "Max Verstappen did not leave 'his' Austria in a festive mood. The Grand Prix at the Red Bull Ring looked set to be one huge Dutch celebration, but it ended in an unexpected defeat for the reigning world champion. And that was it not the only stain this weekend."

"Telegraaf": "The Austrian Grand Prix has proven what Max Verstappen has been demanding for weeks: Ferrari must not be written off yet. But with second place behind winner Charles Leclerc, the world championship leader limited the damage for the second time in a row."

"Kurier": "For the ninth year in a row, Formula 1 was a guest at the Red Bull Ring, never before have there been so many spectators. Most of them were peaceful and happy, but some caused discord. Apart from that, it was a Race weekend with many plus points and few points of criticism."

"Tages-Anzeiger": "Max Verstappen sees red. First in the rear-view mirror, later also in a figurative sense - and several times this Sunday in Styria." 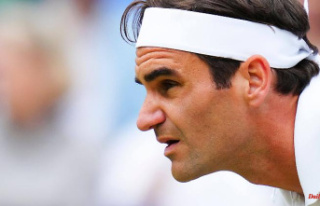 Despite the win: Djokovic slips: Federer flies out...