Does the Brazilian star continue?: Neymar now wants to "moan and suffer"

What will become of the "bewitched generation"? Brazil has been waiting for its sixth World Cup title for 20 years. 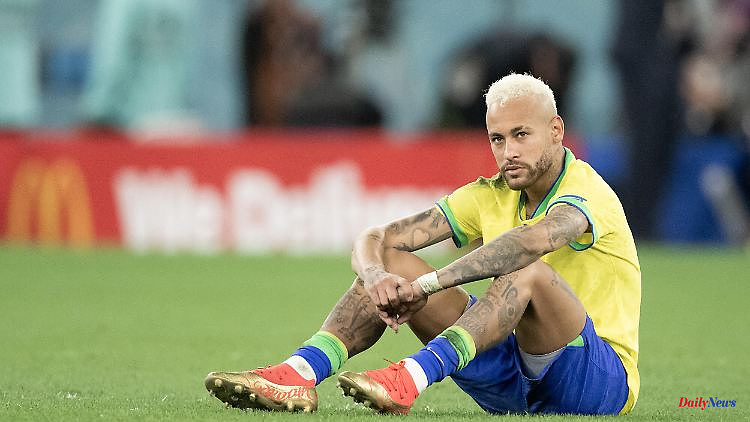 What will become of the "bewitched generation"? Brazil has been waiting for its sixth World Cup title for 20 years. Superstar Neymar should fulfill this dream for the waiting nation. But it doesn't work with him either. In the valley of sadness he does not want to comment on it.

Only two and a half hours after the next painful knockout. Neymar left the place of shame with his "bewitched generation". When the last tear had dried, Brazil's superstar trotted out of the dressing room at the World Cup stadium in Ar-Rayyan - and did not want to announce whether he would once again wear the record world champion's yellow jersey. "To be honest: I don't know," replied the 30-year-old, who had experienced the greatest happiness and deepest disappointment within a few minutes of the devastating quarter-final defeat by Croatia.

"It's hard to process everything that happened. It seems like a nightmare," admitted Neymar, "I can't believe what happened. This defeat will hurt for a long time." He now wants to "go home", "moan and suffer". Only then does he want to think about his future in the Selecao: "I don't want to say anything in the heat of the moment. I don't close the doors, I don't say 100 percent that I'll be back."

If he asked his idol Pelé for advice, the first thing he would hear was an invitation to continue. After the tragic 4-2 penalty shootout, Brazil's ailing football legend spoke encouraging words on Instagram. "Your legacy is far from over. Keep inspiring us!", the 82-year-old spread and congratulated Neymar on the historic goal in extra time: With his 77th international goal, the attacker from Paris St. Germain Peles had a goal record in the Selecao set. "My record was set almost 50 years ago and nobody has been able to match it to this day. You did it boy."

The 1-0, which Neymar had celebrated in a typical Pelé pose, was not enough for the semi-finals. After the late equalizer from the only Croatian shot on goal, a deflected attempt by Bruno Petkovic, the dream of "Hexa", the sixth World Cup title, was shattered because young star Rodrygo and central defender Marquinhos missed their penalties. Neymar, intended as the fifth shooter, didn't get a chance at all.

There was criticism for this from the former German national coach, Jürgen Klinsmann. "That first man should have been Neymar," he wrote in his BBC newsletter. According to Klinsmann, letting Neymar, the supposedly best shooter, shoot last is an outdated model. "Thinking about football changed years ago. Everyone realized that the first penalty is the most important of all. You want to set the tone and Brazil did the opposite."

There was also great criticism at home. "Neymar's bewitched generation is still empty-handed. The sixth star seems unattainable," concluded the daily Folha de São Paulo. And Zero Hora complained: "A blow to the soul. The film, which has been running since 2006, repeats itself again."

Brazil have been chasing the title in vain since beating Germany in the final in 2002, and the Selecao also lost their sixth knockout game against a European team in Qatar. In any case, the era of Tite is over. The 61-year-old, who has been in office since 2016, confirmed the end of his time as national coach, after all, the second longest in the history of the record world champion.

"We shouldn't make a drama out of it," said the "professor": "I announced it for a long time. There are enough people who can replace me." According to online surveys, Brazilian fans would like star coach Pep Guardiola to succeed them. The association wants to make a decision on this in January at the earliest. It is questionable whether Neymar already knows what he wants. Although it sounded more as if he does not want to leave the current team with numerous young talents: "It is a very closed group, a happy, happy group, but today was not a day of joy, but of sadness." 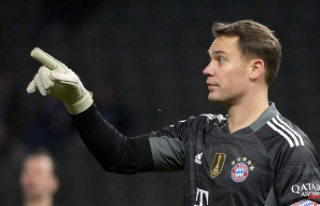