Novak Djokovic is aiming for his seventh title at the legendary tennis tournament in Wimbledon. 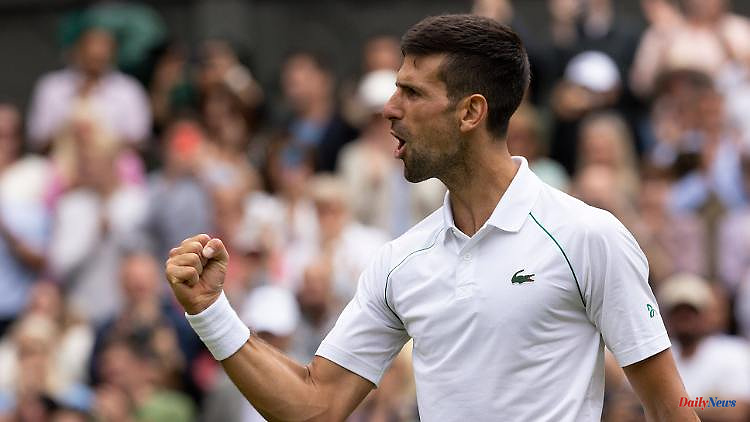 Novak Djokovic is aiming for his seventh title at the legendary tennis tournament in Wimbledon. On the way there, the Serb really stumbles. For a long time he was behind in the match against Jannik Sinner. But then the 35-year-old takes a bathroom break.

Defending champion Novak Djokovic averted a surprising exit at Wimbledon and is in the semi-finals of the grass classic for the eleventh time. After a two-set deficit, the top seeded Serb prevailed in 3:35 hours 5: 7, 2: 6, 6: 3, 6: 2, 6: 2 against Jannik Sinner from South Tyrol. The 20-year-old missed his first semi-final entry at a Grand Slam tournament. Djokovic now meets the winner of the game between British Cameron Norrie and David Goffin from Belgium.

At the end of the fourth set, Sinner twisted his ankle but was able to continue playing. In the decisive round, Djokovic took his opponent's serve to make it 2-1 and confidently pulled away. "He was the better player in the first two sets. I freshened up and had a little motivational talk with my reflection," Djokovic said of a crucial toilet break.

The 35-year-old Djokovic is aiming for his seventh title at Wimbledon. He is third in the world rankings because Daniil Medvedev is missing after the exclusion of Russian tennis professionals because of Russia's war of aggression in Ukraine, as is the injured Alexander Zverev from Hamburg.

Wimbledon is Djokovic's last chance for a Grand Slam title this year. He does not want to be vaccinated against the corona virus even if the entry ban to the USA continues to exist and would therefore also forego the US Open. Djokovic recently confirmed that he had ruled out vaccination for himself.

1 Climbing and greedy: Spanish slugs are "vultures... 2 Saxony-Anhalt: Courses for police candidates with... 3 Newry: Police seize drugs, counterfeit goods, and... 4 Hardy Boys book was returned to Orkney Library 46... 5 The day of the war at a glance: Russians target entire... 6 Claressa Shields vs. Savannah Marshall; Mikaela Mayer... 7 Darmanin and Bechu... These ministers of the new government... 8 74,000 fans at the start: EM should turn the tide... 9 Twoty-two Malian migrants were killed in a shipwreck... 10 "Doing an international match as a mom":... 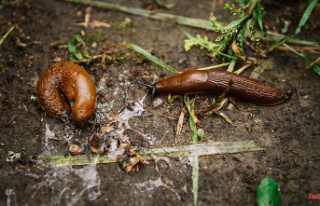