The team competition at the European Championships is a nail-biter for the German gymnasts, but in the end there is only jubilation. 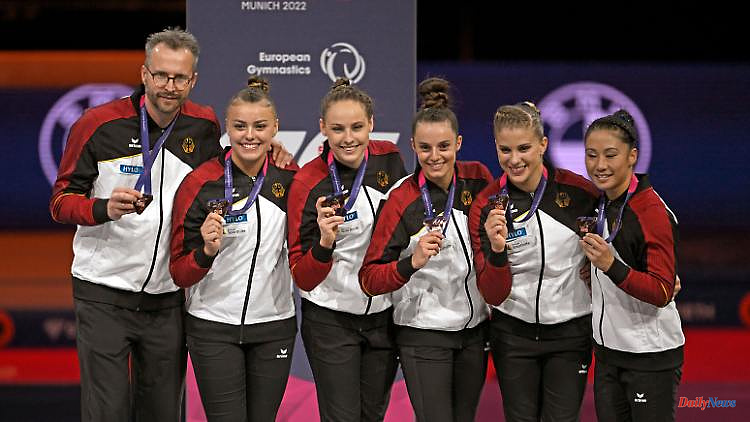 The team competition at the European Championships is a nail-biter for the German gymnasts, but in the end there is only jubilation. Cheering over a medal that has never been seen before for the German association.

Sarah Voss screamed her joy on the podium in the Olympic Hall, her teammates hugged each other with tears in their eyes: With the flawless jump of the woman from Cologne, the first team medal for German gymnasts at a European Championship was perfect. Together with Kim Bui, Elisabeth Seitz, Emma Malewski and Pauline Schäfer-Betz, the German all-around champion won the bronze medal at the home European Championships in Munich. With 158.430 points in the four-way battle, the squad of the German Gymnastics Federation (DTB) only had to admit defeat to Italy (165.163) and Great Britain (161.164).

"I think you looked at it, I felt everything at once: it was relief, it was joy, it was excitement, it was everything. From the first step to landing I felt like my team was screaming through me , floats over the table. It was such a special moment, it was all the feelings you can have, "said Voss about her emotional outburst.

With the flag over their shoulders, the overjoyed gymnasts once again climbed the run-up to the vault, where they had achieved the longed-for and sometimes trembling success. Then they encouraged the enthusiastic fans to La Ola and celebrated Kim Bui, who ended her career after the European Championships. On the lap of honor the quintet received a standing ovation.

"It is one of the best feelings at the moment to know that we have achieved this together as such a great team. We carried ourselves through this competition together," said Bui, who will compete for the last time in the uneven bars final this Sunday. "I don't even want to think about that," said Elisabeth Seitz, who tearfully took the arm of the crying teammate.

Not free from mistakes, but with strong nerves and with the much-vaunted team spirit, the German squad made their way through the team finals. "Everyone knew that the team gave us a stronger back. That was the deciding factor today," said Schäfer-Betz. After a shaky exercise by Malewski on the balance beam, a weaker performance by Bui on the uneven bars compared to the qualification and a fall by Voss on the last acrobatic track on the floor, the long-awaited medal was uncertain.

With cohesion and mutual support, but also thanks to the blunders of the competition, the coup succeeded. "As soon as you go on the podium, you're on your own on the podium. But when you know, when you feel that the whole team is behind you and pushing through the exercise and often shouting, then that's an incredibly good thing and a reassuring feeling that the exercise is just going better. We pushed ourselves through every single exercise together, because of course not everything went 1000 percent well," said the German record champion Seitz.

1 Hoffenheim turns a long deficit: Timo Werner scores... 2 Disguised as a steward: Cologne fans provoke demolition... 3 Dead and injured in Yerevan: warehouse for fireworks... 4 "Declaration of war against state": Five... 5 "For human safety": Walrus Freya euthanized... 6 Weather week in a quick check: Thunderstorms and storms... 7 Scientists answer: Does the gender star have a future? 8 Did air conditioner start fire?: 41 dead after church... 9 Air traffic stopped: man fires shots at Australian... 10 Is the salt content too high the cause?: Fish did... 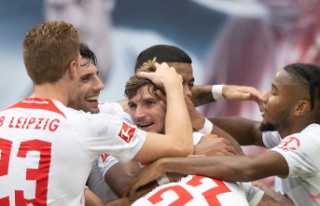