Simon Geschke will also wear the mountain jersey on the 15th stage of the tour. 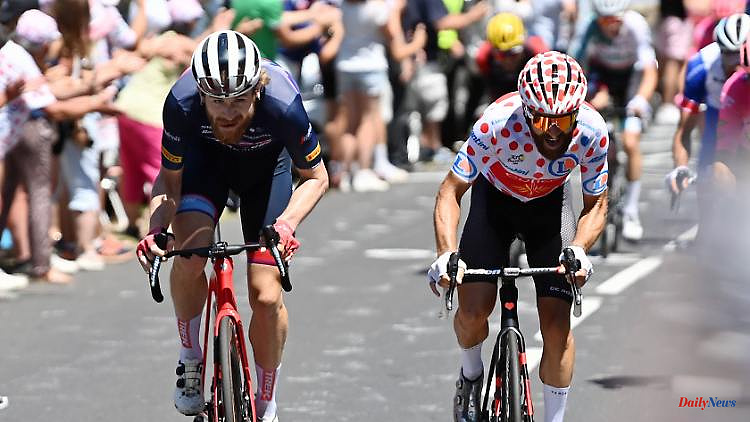 Simon Geschke will also wear the mountain jersey on the 15th stage of the tour. On the way to Mende, the Berliner collects a few points in a breakaway group. The stage gets the Australian Michael Matthews. Tadej Pogacar attacks again in the field. Without success. As does Lennard Kämna.

Lennard Kämna was served mightily. He lowered his head, he took a deep sip of water - and he let his frustration run free. "Finished seventh, eighth, ninth. Real amateurs," the 25-year-old cursed to himself at the finish at Mende Airport. He wasn't quite right with that, his teammate Patrick Konrad finished fifth: But Kämna's bad mood was understandable.

Once again, he and his Bora-hansgrohe team had invested a great deal, but again it wasn't enough to win the stage of the Tour de France. In the scorching heat of the French Massif Central, the German cycling hope and their Austrian teammates Felix Großschartner and Konrad rode in a large leading group for a long time on the 14th stage. In the end, however, the three had to give way to Michael Matthews, who was celebrating his fourth career success on the tour.

"I wasn't at 100 percent. In the end, that's the five percent that's missing to fight for victory here," said Kämna after he had calmed down. The "Mr. Bolz Minister", as Nils Politt called him after Kämna's next courageous but unfortunate attempt to break away, quickly showed himself to be much more forgiving: "I did my best, what can I do?"

And still: This time at least it wasn't as dramatic as last time. After the drama on the seventh stage, when he was only a few meters short of victory on the Super Planche des Belles Filles, Kämna had to let the other top riders go a few kilometers before the finish on Saturday.

One of them was Matthews, who made a strong impression all day and gave his team BikeExchange-Jayco the acclaimed first stage win of this year's Tour. With just under two kilometers to go, the 31-year-old flew past Italy's Alberto Bettiol (EF Education-EasyPost), who finished second ahead of France's Thibaut Pinot.

Defending champion Tadej Pogacar tried his luck from the field a few minutes later - but his opponent Jonas Vingegaard didn't let himself be caught off guard. The overall leader from Denmark attached himself to Pogacar's rear wheel and confidently defended his yellow jersey that he had spectacularly snatched from the Slovenian in the Alps.

Pogacar still gained a few seconds on Geraint Thomas to move into second overall, but remains 2:22 behind Vingegaard. "He was very good today," Pogacar praised his competitor, who showed no weaknesses: "But I'm confident for the next week. I'll try to keep attacking."

After the usual hectic start after the start in Saint-Etienne, the leading group of the day formed around 150 kilometers from the finish. In addition to Kämna, mountain jersey wearer Simon Geschke was also part of the initially 23-strong group.

Cofidis professional Geschke was no longer able to intervene in the final, but he once again defended his lead in the mountains classification. The evening before, the 36-year-old had donned the polka-dot jersey for the fifth time and thus surpassed Marcel Wüst's previous German record from 2000 in the autumn of his career. This time he earned another day in the mountain jersey by securing three of the day's possible 13 points and keeping his rivals at bay. 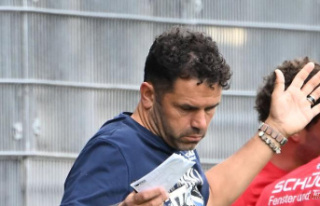