For the first time, Rafael Nadal and his uncle Toni are "opposite" in a match. 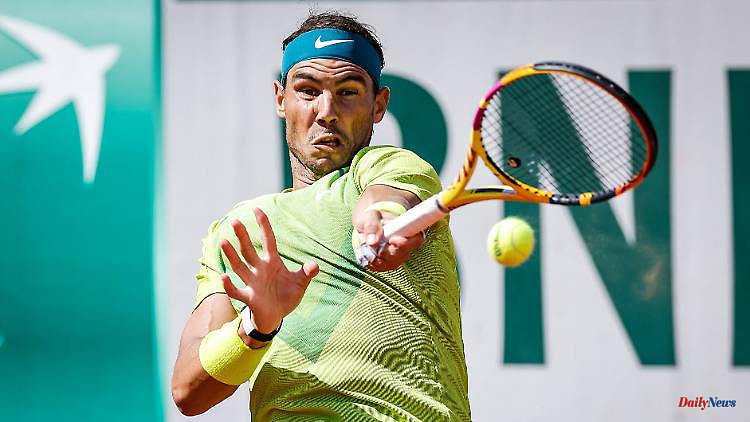 For the first time, Rafael Nadal and his uncle Toni are "opposite" in a match. The number five in the world rankings is on the court, his relative should be in the box. But when Rafael plays against Toni's protégé Felix Auger-Aliassime, the uncle refuses his place in the box.

Toni Nadal pushed step by step through the crowd in front of the Suzanne Lenglen court. Again and again the Spaniard had to stop and give autographs, a TV team tried to get a short interview. The 61-year-old is a big name on the tennis scene.

Toni Nadal has played a major role in the development of his nephew Rafael into what he is today: Grand Slam record winner, 13-time Paris champion, a top star in sports with many millions under his belt. "I am very grateful for everything he has done for me," said the 35-year-old, who is now in an unfamiliar situation.

Rafael Nadal is playing for the first time against his uncle Toni, who announced his withdrawal from his nephew's coaching team in 2017 and has been looking after the up-and-coming Canadian Felix Auger-Aliassime since March 2021. But probably not on Sunday.

"If we play against Rafa, I will not sit in either box," Toni Nadal said at the beginning of his work with world number ninth Auger-Aliassime: "I am still the director of the academy, continue to work for him and I am Rafael's uncle ."

Apparently he remains true to his credo at Roland Garros when it comes to the exciting round of 16 duel. "I don't think Toni will tell me much new about Rafa," Auger-Aliassime said, but that's not necessary either. His coach will probably follow and enjoy the match from a "neutral place".

Rafael Nadal also downplayed the issue. "He's my uncle, I don't think he wants to see me lose," said the Australian Open winner: "But he's a professional and looks after another player." He would also have no problem with his uncle Toni sitting in the opponent's box.

1 Storm drama in Brazil: more than 30 dead from landslides... 2 Further easing is coming: Shanghai is waking up from... 3 Saxony-Anhalt: cyclists on the hard shoulder of the... 4 Thuringia: Jena: Police warn of telephone scams 5 Bavaria: failed landing: total loss of a glider pilot 6 Putin, Ivan IV and Stalin: "State Terror as a... 7 The cost burden will be "immense": the network... 8 In the Tropic of Cancer: In June, the Summer Triangle... 9 Bavaria: school bus drives into the ditch: five children... 10 Baden-Württemberg: head-on collision: driver seriously... 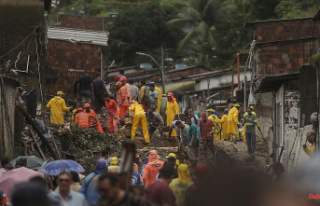 Storm drama in Brazil: more than 30 dead from landslides...