Testicular tumor in Sebastién Haller: These are the consequences for Borussia Dortmund

Sebastién Haller is the king transfer from Borussia Dortmund. 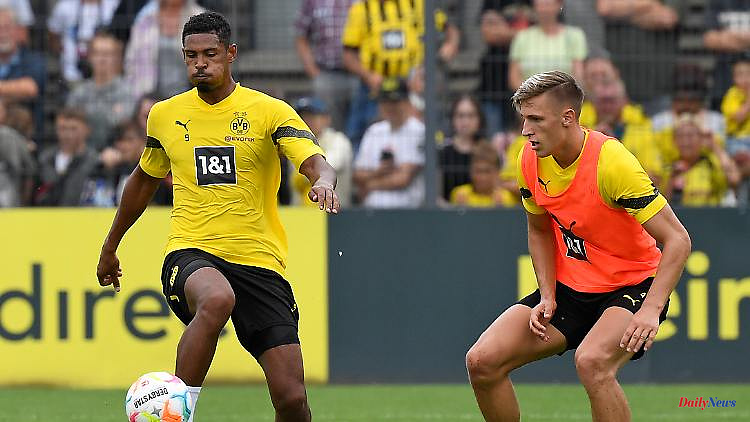 Sebastién Haller is the king transfer from Borussia Dortmund. The attack on Bayern should start with Erling Haaland's successor. But before he can play for BVB for the first time, the Ivorian receives the shock diagnosis of a testicular tumor. The problems are growing in Dortmund.

What a horror for Sebastién Haller. The former Frankfurt player had just switched back to the Bundesliga with high hopes. At Borussia Dortmund, the 28-year-old Ivorian should replace none other than Erling Haaland, who has moved to Manchester City, and set his own scent mark. He was the king transfer of the club from the Ruhr area.

"An inheritance makes me tired. Every time I change, I come to replace someone. Dortmund signed Sebastién Haller, not Erling Haaland. I have my own qualities and I want to bring them in," he said at the training camp on Sunday the Dortmunder. A day later he complained about being unwell after the morning training session, and just a few hours later he was diagnosed with a tumor in his testicles. He left straight from the training camp. Back to his new home, where further examinations are to take place in a specialized medical center in the coming days.

"Of course we are all in shock," said managing director Hans-Joachim Watzke of the sports information service: "Our thoughts are with Sebastién and his family. The most important thing now is that he gets well again." The new sports director Sebastian Kehl had previously used similar words in the press release. It was a "shock for Sebastién Haller and all of us," said the 42-year-old and promised the "best possible treatment" for the Ivorian, who shouldn't care about sporting things in the next few months. For him it is now about defeating the disease. Football becomes an absolute minor matter.

But the ball will keep rolling despite the human drama surrounding the Ivorian. The football business never takes a break. Haller's diagnosis exacerbates Dortmund's problems this summer. Added to a bloated squad is the loss of a key player for the coming season. Only 17-year-old Youssoufa Moukoko, who is also plagued by thoughts of emigration, is just another central striker in the squad. It is questionable whether this will be enough for the hoped-for attack on Bayern. Questionable, but also whether BVB can and wants to react at all.

Haller's transfer, which only became official at the beginning of July, increased Dortmund's expenses this summer to almost 90 million euros, with income of just over 60 million euros. In addition to Haaland, BVB has only been able to sell storm lightweight Steffen Tigges to 1. FC Köln for 1.5 million euros. Otherwise, Axel Witsel, Roman Bürki, Marwin Hitz and Dan-Axel Zagadou left on free transfers, as well as the end of the more than disappointing loans from Brazilian Reinier and Wolfsburg defender Marin Pongracic.

For all other players, the unenviable new sports director Sebastian Kehl is still on the lookout. The former Borussia captain not only inherited the label of a development club for the super clubs of Europe from club legend Michael Zorc, but also an overpriced squad with a number of problem cases.

The Haller transfer in particular was a first signal for a departure from the old transfer philosophy. No longer just a sometimes more and sometimes less successful training club for the most interesting talents on the continent, but also a club that is making claims in the present. But he doesn't just look at Bayern Munich, but rather thinks about taking the fans in the Westfalenstadion with him and letting something grow.

"We have an exciting squad that has a lot of competition in one position or another and can still be reduced in one place or another," said Kehl on Monday, even before Haller's diagnosis, which affected the sporting and financial situation, became known of the club certainly not improved.

The stars Emre Can, Thorgan Hazard, Julian Brandt, Raphael Guerreiro, Manuel Akanji and Nico Schulz are still under contract with BVB and cannot easily be handed over to other clubs due to the salary structures that have gotten out of joint in recent years. It is worth considering each case individually.

There has been enough written about the former international Schulz in the last few weeks. The 29-year-old is still under contract with BVB until 2024 and can only be sold on the market after his dramatic decline in form at a loss. But even if there are said to be interested clubs, the native of Berlin does not move. He earns too well at BVB, it is too unlikely that he will get such a lucrative contract again.

With Emre Can and Raphael Guerreiro there are two more big earners on the shelf. Both receive salaries of well over five million euros in Dortmund, but with their international experience they should also be of interest to other clubs. BVB, it is said, should continue to look around for buyers and is hoping for transfer fees that are closer to 20 than 10 million euros.

In a similar category is the Swiss Manuel Akanji, who has little future as a central defender at BVB. Because he wants to leave, his contract expires next summer and BVB has signed a new central defense in Nico Schlotterbeck and Niklas Süle. At first there was talk of a possible transfer to Manchester United or Bayern Munich and a transfer fee of 30 million euros, so both Borussia and the 27-year-old may have to lower their claims.

It is "not a happy situation" for Dortmund, as Kehl explained these days and also resisted rumors that national player Julian Brandt was also on the list for sale. There would be a market for him and also for the Belgian Thorgan Hazard. But so far there is no movement. Which also means that BVB has no money to pry national player David Raum away from TSG Hoffenheim for an insane sum.

Now, as the "Kicker" reported, Bayern Munich should try to get the left-back. Instead of space, the talents Tom Rothe and Prince Aning, who was recently signed from the Ajax youth team, could now play in the foreground. "We want to inspire the spectators again, turn our stadium into a fortress again and show a different attitude," Kehl demanded before Haller's diagnosis on Monday. "We want to show a high level of identification, have a team that tears itself apart and gives everything."

He added: "We will be challenged very, very quickly, we will have to grow together quickly." With all the concern for Haller, with all the sales problems, these are the words by which BVB has to be measured this season. With the concern for the Ivorian, the pressure that weighed heavily on Borussia and also on the new coach Edin Terzic disappears at least a little bit. Borussia Dortmund is no longer Bayern Munich's main rival. They will move in other categories, aim for a place in the top four and hope that Haller comes through the illness well. Football isn't everything. 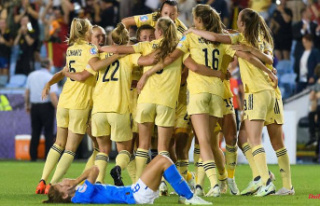