The diary of the World Cup in Qatar: Virus "Qatar Syndrome" robs the last will of one's own

The metal bars in Doha and the endless announcements by the volunteers at this World Cup still seem strange, but routine returns after a week. 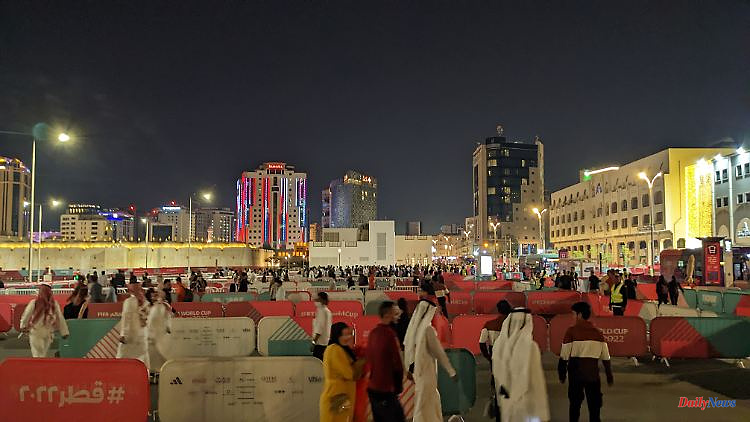 The metal bars in Doha and the endless announcements by the volunteers at this World Cup still seem strange, but routine returns after a week. Not everything is perfectly organized, but develops its own charm. Qatar Syndrome is rampant. Is your own will broken?

"Al Salam Alaikom" is what FIFA announces in its daily evening briefings. A brief overview of the upcoming day's games, some statistics and sometimes a note to the media. Contact with players and officials from Japan and England only with masks, it says, for example. Otherwise Corona will be over in Doha, it seems. Getting used to the old life before the pandemic is surprisingly easy. Meanwhile, the pictures of the fans without masks are causing huge protests in China. A crazy world.

The weekend will probably bring the warmest days of the World Cup so far. The heat presses everything onto the ground, the fine desert dust can be felt in the lungs even in the metropolis of Doha. Long broken by the giant foam hands, the lattice snakes and the mantras of the assistants (who often have to wait half a day in this sun at subway stations, in parks or in front of buildings), Doha's visitors follow the instructions. "Exit here" and "Entry there".

The directions, sometimes blared by automated megaphones and repeated everywhere, have long since become a running gag among fans and volunteers. It works like this: The viewers shout "Metro?". A bunch of helpers replies at the top of their lungs: "This way!". Everybody is laughing. Qatar Syndrome is spreading. Everyone is in the boat of organized chaos. That is no longer frustrating chaos. Nobody can get excited for weeks. That `s how it is.

Another water, the heat continues, tipped the plastic bottle on ex, flicked it into the trash can. Directly a next one behind. Into the stadium through the security gates. "Hello, sir! How are you today?" Laptop out, put the five smartphones in the shell. "Is that your backpack? Can you show me that?" Backpack on, water bottles out. "You must remove the labels." Someone always has scissors. snap snap. The security also has to grin at the madness and shrugs their shoulders. FIFA is just "crazy" and only allows the tournament sponsor water. Crazy.

Actually water bottles. Rounded off, everyone uses five to ten of these bottles, which are only available in the small 0.4 liter format. Feel free to extrapolate what that will mean after a month of World Cup with more than a million visitors in the desert state. The number will not be small. In any case, Qatar is something of a water consumption world champion, after all, the jet from the line (just like electricity) is free for Qataris.

According to the organizers, this tournament should be the first climate-neutral world championship in history. The claim is given a yellow card by the environmental organization Carbon Market Watch. According to the investigation, millions of tons of CO₂ were embezzled in the accounts of Qatar and FIFA. The e-mail from FIFA that says you can fill up reusable water bottles in the media centers doesn't help either. The search for water dispensers ends with a single small machine in a huge hall. The water tastes stale.

The sun is slowly setting, in Qatar it is dawn at 4.30 p.m. When the muezzin calls in the red kitsch evening light, it has a special romance that invites you to pause and dream. But work calls. To the grandstand. The game will start soon. Today's raffle is: Will the gigantic World Cup trophy go up for the opening? Answer: Increased in the last few days. Sometimes he's just forgotten. Like the German duel with Japan. Scandal: Is that why the DFB-Elf started in the desert sand?

A colleague wants to do the clown in the stands. He can't stand the screaming anymore. Kasper is one of those cheerleaders who is supposed to heat up the atmosphere in the stadium and yells at the spectators more than Tim Thoelke could ever do in the Leipzig stadium. Some fight back. For days now, you've only been coming to the World Cup arenas with earplugs. Others drag themselves up the stairs, coughing. The air conditioners constantly cool the stadiums down to 18, maybe even 19 degrees. They are sometimes overhead and sometimes embedded in the steps. Education City Stadium is chilled when you sit and muggy when you stand. Another water. Game over, close the laptop, get out of the stadium and onto the bus.

These means of transport are also an issue here. An armada of buses is on the way to every game. Despite the existing metro with two-minute intervals. Electric buses would definitely have been more climate-friendly, but here the engines hum loud and stinky. Unless you're being let out on the Autobahn (see Wednesday's diary), the drivers are always friendly, although not always the safest, as they're not trained to drive buses. "Metro?" - "This way!" 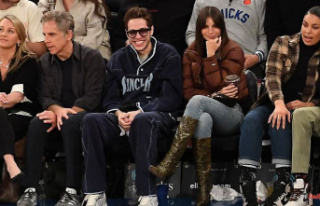