The change saga about Robert Lewandowski apparently takes a hideous turn: the world footballer is said to have received serious threats, including death threats. 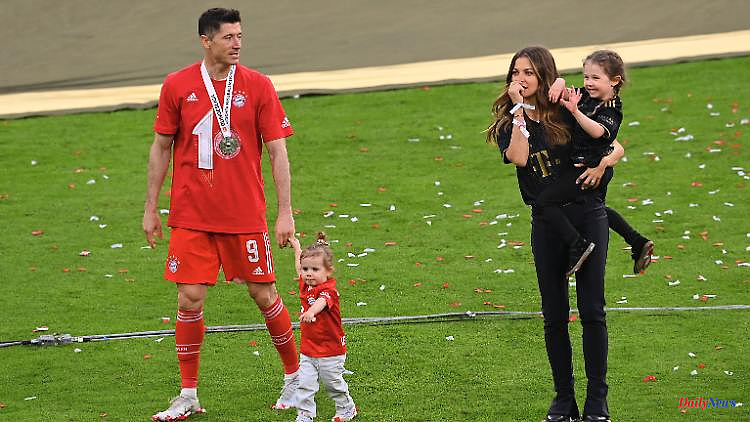 The change saga about Robert Lewandowski apparently takes a hideous turn: the world footballer is said to have received serious threats, including death threats. Fearing for the family, the wife and children of Bayern star Germany should probably stay away for the time being.

does he change? Does he stay? The saga about the possible transfer of Robert Lewandowski from FC Bayern to FC Barcelona has long since degenerated into a soap opera. Now things are taking a horrific turn. Because the Pole is back in Munich, but the world footballer apparently had to travel to his second home without his family because he fears for the safety of his relatives. According to consistent media reports, FC Bayern's top striker has received serious threatening letters because of his intention to change. Among other things, it should be about death threats. Player and club have not yet confirmed this information.

As the Polish sports portal "Sportowe Fakty" reports, the footballer left his wife Anna Lewandowski and their two daughters in his vacation home in Mallorca when he flew to Munich for a medical check and tomorrow's training session. The reason for this should be the threats in social media, which the TV broadcaster Sport1 also confirms. Lewandowski's family should not travel to Germany until further notice.

While the world-class striker absolutely wants to leave despite the contract that is valid until June 2023, the Bayern bosses have been trying for weeks to put a stop to the transfer. Of course, many FCB supporters also think that Lewandowski's place is in Munich and not in Barcelona. A few apparently see his move as a betrayal. They even seem ready to punish the footballer for what they consider to be a lack of loyalty and probably sent criminal messages.

Lewandowski's confidante Tomek Zawislak also recently reported massive hostilities, "a lot of hate and serious threats" against the soccer professional in "Bild". Lewandowski should strengthen the threats in his desire to leave Bayern. Although the Pole appeared in time for the start of preparations in Munich and should also take part in the start of training on Wednesday, his team should continue to work diligently on a transfer to the Catalans this week. On Friday, the team embarks on a preparatory trip to the USA.

According to reports, Barcelona will make Bayern Munich a final offer of €50m plus bonus payments. Munich probably want to reinvest the money from the transfer directly to sign defender Matthijs de Ligt from Juventus Turin.

1 Historic 8-0 against Norway: England gets drunk on... 2 Ex-DFB star has no future: Borussia Dortmund founds... 3 "Never seen such a scam": Fake league fools... 4 Wild rumor from England: Will Vettel switch to the... 5 Shock and surgery for Hertha striker: Testicular cancer... 6 Huge hype with a big but: Spain fascinates the football... 7 Performance test instead of strike: Superstar Robert... 8 Lewandowski protected: Matthäus attacks the double... 9 Does ex-F1 world champion have to be in prison ?:... 10 Constitutional complaint is successful: Pechstein... 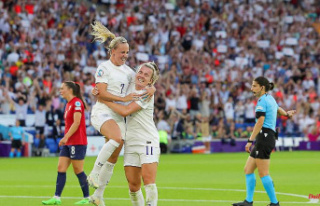 Historic 8-0 against Norway: England gets drunk on...