Tsitsipas fails early: Kyrgios freaks out, is warned and wins

World number one Daniil Medvedev is the last player to reach the round of 16 at the ATP tournament in Halle. 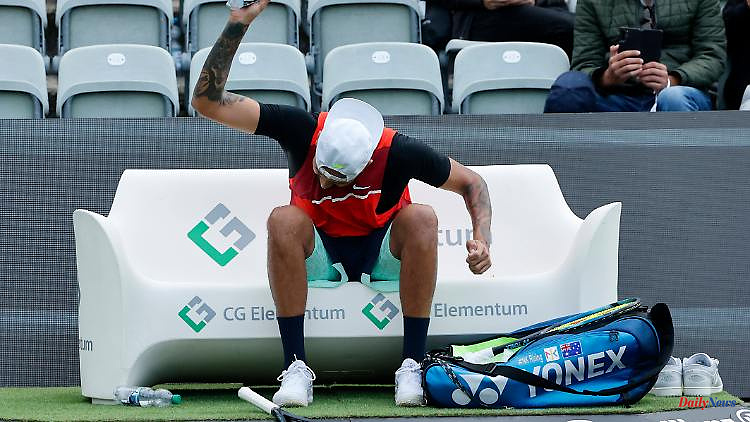 World number one Daniil Medvedev is the last player to reach the round of 16 at the ATP tournament in Halle. The Russian confidently prevails against Belgian David Goffin. Defending champion Ugo Humbert and Greek Stefanos Tsitsipas were eliminated.

World number one Daniil Medvedev easily reached the round of 16 at the lawn tournament in Halle. The Russian tennis pro defeated Belgian David Goffin 6-3, 6-2. The 26-year-old only needed 64 minutes for his success. In the fight for the quarter-finals, Medvedev will meet Ilja Ivashka from Belarus on Thursday, who had won against local hero Jan-Lennard Struff at the start. Medvedev replaced Serbian Novak Djokovic at the top of the world rankings earlier in the week.

"It was a great match. David is a difficult opponent. It was good that I played on grass last week," said Medvedev, who reached the final in 's-Hertogenbosch last week. "You want to keep scoring points and stay number one for as long as possible," said the Russian. On the other hand, Stefanos Tsitsipas, who was number two, was eliminated. The Greek lost in the round of 16 against Australian Nick Kyrgios 7: 5, 2: 6, 4: 6. Kyrgios made a few freaks again and received two warnings. Nevertheless, the Australian prevailed after 2:05 hours with the first match point.

Defending champion Ugo Humbert was eliminated. The Frenchman, who surprisingly won the title in Halle in 2021, had to admit defeat to Hubert Hurkacz from Poland 6: 7 (5: 7), 3: 6 in the round of 16. Like Hurkacz and Kyrgios, Pablo Carreño Busta is already in the quarterfinals. The Spaniard won against the American Sebastian Korda 6: 4, 0: 6, 6: 3. The only German professional in the round of 16 in Halle is Oscar Otte from Cologne, who after beating the Serbian Miomir Kecmanovic on Thursday will play against the Georgian Nikolos Bassilashvili. 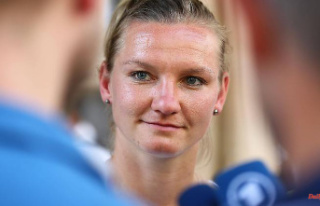 Corona shock for the DFB team: next setback for captain...