England coach Sarina Wiegmann had only spoken a few sentences when she was amusingly interrupted. 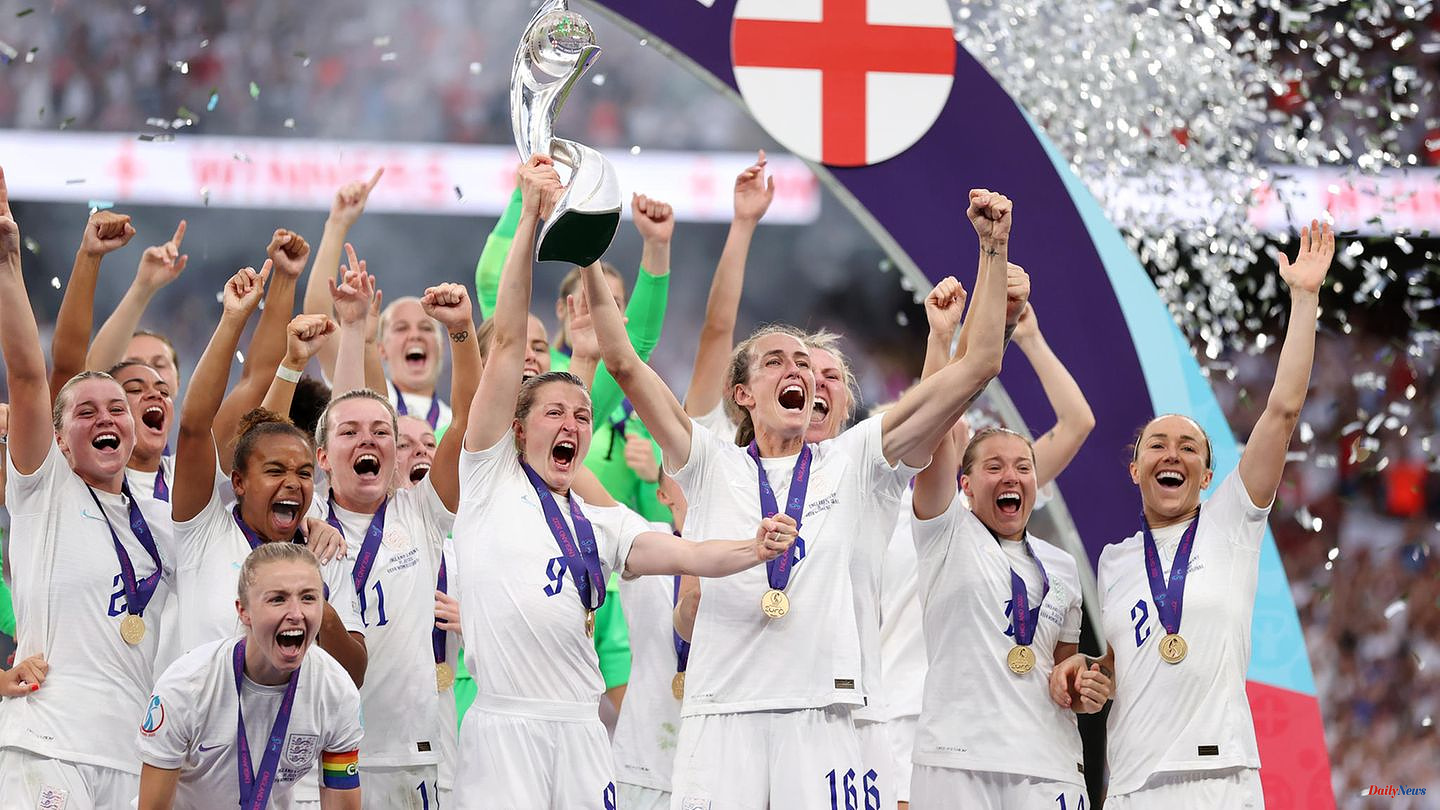 England coach Sarina Wiegmann had only spoken a few sentences when she was amusingly interrupted. After winning the European Football Championship, the English players stormed their coach's press conference in the catacombs of London's Wembley Stadium on Sunday evening, singing and dancing. Goalie Mary Earps and defender Lucy Bronze even jumped on the table while singing "Football's Coming Home."

"I think we won the cup," joked Wiegmann, who followed the action with amusement. "We won it and we're really happy." The Dutchwoman had already won the EM in 2017 with her home country. For England, on the other hand, the 2-1 win after extra time in the final against Germany marked their first success at a major international tournament. "Now is the time to celebrate," said Wiegmann.

Shortly after, the coach got emotional and explained why she kissed her bracelet during the game. "It belonged to my sister, who died earlier this year. I missed her today, but I think she was in the crossbar," said the 52-year-old, referring to Germany's Lina Magull hitting the post when the score was 1-1. "She would have been here. She was at every game. She would have been very, very proud too."

1 Football: Hertha wants to learn from the Cup-Aus for... 2 Nichelle Nichols: Celebrities mourn the loss of "Star... 3 Space travel: Remains of a Chinese rocket fell into... 4 At the Château de Plaisance, focus on vitiforestry 5 Lionesses redeem a nation: England even forgives EM... 6 Formula 1 lessons from Hungary: Ferrari self-destructs... 7 She probably couldn't swim: young couple found... 8 Body drifted in the lake for days: Dead 14-year-old... 9 Thuringia: Talks about reconciliation of interests... 10 Saxony: future of the water connections in Neuseenland... 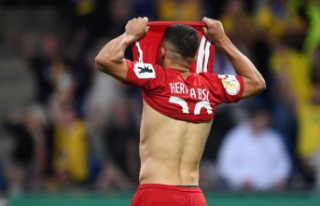 Football: Hertha wants to learn from the Cup-Aus for...