Bavaria: Restrictions on baths and saunas also over the winter

The cold season is just around the corner and the popular saunas are closed in many places. 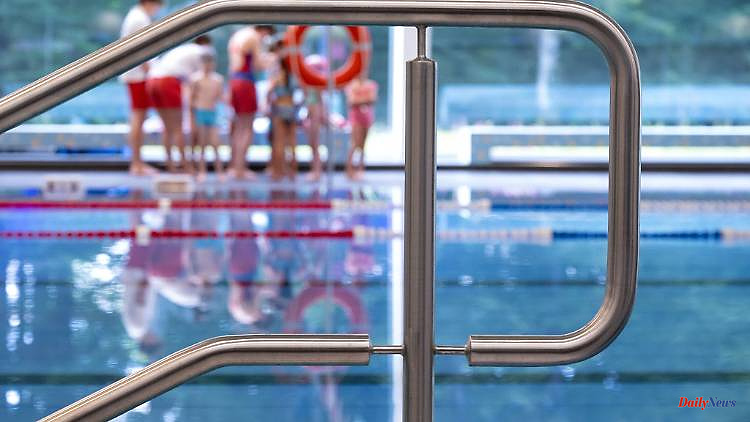 The cold season is just around the corner and the popular saunas are closed in many places. The swimming pools are also colder than usual. The energy crisis will continue to accompany thermal bath fans in Bavaria for a while - more drastic steps cannot be ruled out.

Munich (dpa/lby) - The energy-saving measures in the swimming pools and saunas in Bavaria will probably also cause restrictions in autumn and winter. Several municipalities and municipal operators reported to the German Press Agency that the measures that have already been implemented would be continued and that further ones might even be decided.

In the state capital, further steps are currently being coordinated between Stadtwerke München (SWM) and the town hall. "These also affect the further operation of the sauna and indoor pool," said SWM spokesman Michael Silva. He has not yet given any details. The results of the talks should not be anticipated.

The SWM had already announced that the Dantebad will remain closed this year after the summer season due to the energy crisis. Normally, the Munich outdoor pool is also open in winter. "The large pools, which are completely outdoors, have a particularly high energy consumption when the ambient air cools down," the municipal utility justified the closure. In addition, the ten SWM saunas in Munich were closed at the beginning of August and the minimum temperatures in the swimming pools were lowered.

Similar measures have been taken in almost all cities. The city of Nuremberg announced just a few days ago that the water and outside temperatures in the city's four indoor pools would each be reduced by two degrees. About a quarter of the average energy consumption of the pools should be saved in this way. Some of the saunas will also remain closed.

In Augsburg, the sauna in the historic city pool has also been closed. This will probably remain the case throughout the winter, reported Linda Lücke from the city's sports department. On the other hand, there are no plans to close indoor swimming pools, as these are part of the “obligatory municipal tasks”. "But if the energy supply situation deteriorates further, there will certainly be no ban on thinking," said Lücke. In addition, energy is to be saved in the Augsburg baths in the future through technical modernization.

In Lower Bavaria, the saunas in the publicly operated thermal baths of the nationally known spas of Bad Füssing, Bad Birnbach, Bad Griesbach, Bad Gögging and Bad Abbach were also closed in the summer. For the time being, it will stay that way, said Katrin Landes from the Lower Bavaria district.

The district wants to keep the thermal baths available for health tourists and citizens as much as possible, but they also keep an eye on the development of the gas shortage. If the supply is even worse, lowering the pool temperatures, gradually closing the outdoor and indoor pools or changing the opening times is conceivable, explained Landes.

In Regensburg, after the water temperature has been lowered and the sauna partially closed, no further steps are foreseeable. For the time being, it is assumed that the remaining saunas and baths will be in operation, said spokesman Martin Gottschalk. "Of course, it cannot be ruled out that there may be short-term changes at this point."

In Würzburg, the "Nautiland" swimming pool should remain open until the emergency level is declared or the federal government issues corresponding specifications. It is very important to offer schools and clubs a swimming opportunity, stressed spokeswoman Susanna Blum. However, temperatures have dropped by up to two degrees. "A further reduction in temperature is not planned," she said. According to the current status, the sauna area and the Würzburg ice rink would also remain open in winter or open then.

The Bavarian Health Spas Association recently criticized the Federal Network Agency for classifying thermal baths as leisure facilities. The consequence would be that in the event of a gas shortage, the thermal baths would no longer be supplied with gas and would have to close completely. The association demands changes here. "Thermal baths are not fun baths, but an important part of health prevention," said association leader Peter Berek, CSU district administrator in Wunsiedel in Upper Franconia. 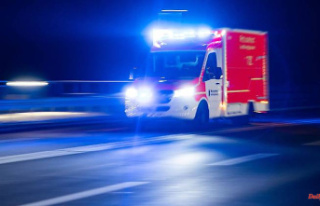