The Russian national team is isolated in football. 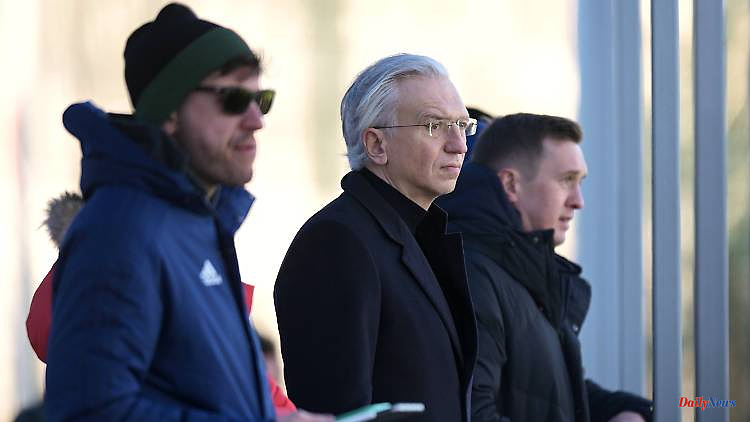 The Russian national team is isolated in football. She does not take part in the Nations League and the draw for the European Championship qualification. But there are still countries that invite you to the test - more or less old friends. That's not what the sanctions mean.

Russian football still has friends. Bishkek, the capital of Kyrgyzstan, is almost 3,000 kilometers from Moscow and is set to host the first friendly of the 2018 World Cup hosts, who have been isolated since the attack on Ukraine, this Saturday. "It is important to show that we are alive" , said national coach Valeri Karpin, whose national team is preparing for the trip to the former Soviet republic at the training center in Novogorsk. Not much gets out.

Photos of training under floodlights and reports of injured professionals (Igor Diveyev cannot play) depict a normality that cannot be normal from a Western perspective. The Russian national team is excluded from the competitions of the European Football Union UEFA and the world association FIFA. The once enormously influential Russian association RFS, which, unlike Belarus, is not allowed to take part in the draw for the qualification for Euro 2024 in Germany after a decision on Tuesday, is trying to return to the football stage through the back door. In the domestic Premjer league, the game is played without any restrictions anyway.

Kyrgyzstan and World Cup participants Iran in November have been confirmed as friendly opponents, and there are currently major upheavals over a game against Bosnia-Herzegovina scheduled for just before the World Cup in Qatar. The star players of the guests invited to St. Petersburg, including former Bundesliga professional Edin Dzeko, have announced their refusal, and domestic political discussions are being held in Bosnia. Ukrainian football is watching developments with great concern.

The big names in the Ukrainian association around Andriy Shevchenko and Oleh Blokhin "urgently" called on the Bosnian coaching staff to boycott the game. "We are fighting for the future of the entire democratic, civilized world, which also includes Bosnia and Herzegovina," says an open letter. The game of the Ukrainians in the World Cup qualifier in mid-November 2021 in Zenica was the last before the Russian invasion.

In Russia, there is great outrage that there is any discussion at all. "Under the current conditions, playing against Kyrgyzstan is already a success," said Karpin. Duma deputy Dmitry Pirog from the Kremlin party United Russia once again complained about "anti-Russian feelings" in an interview with the newspaper "Sport-Express". Should the association invite opponents from Latin America or Africa? "The level of teams like Chile, Colombia, Ecuador, Nigeria or Cameroon is in no way inferior to Bosnia. I don't see any tragedy if the game with Bosnia is canceled."

UEFA announced that friendlies are not part of UEFA's competitions and are therefore not the association's responsibility. The planned Bosnia game "does not conflict with the decision of the UEFA Executive Committee to exclude Russian teams from UEFA competitions". The RFS announced on Tuesday before UEFA itself that it would not take part in the qualifying draw for the 2024 finals on October 9 in Frankfurt/Main due to the sanctions. Four years ago, the Russians organized the World Cup as a big show for President Vladimir Putin.

UEFA's decision-making body met on the Croatian island of Hvar on Tuesday. The association left it open whether Russia would be excluded from the finals in two years' time. Initially, the communication about the meeting was only about participation "in the draw for the qualifying competition", which begins in March 2023.

Because only the teams and not the Russian association are suspended, Alexander Dyukov, the former chairman of Zenit St. Petersburg, is still part of the UEFA exco. Ukrainian member Andriy Pavelko was only connected via video at the UEFA Congress in Vienna in mid-May, wearing a protective vest and standing near a bomb crater.

The British "Guardian" reported on Monday that the Russian football association had sent UEFA a letter demanding that the Ukrainian national coach Oleksandr Petrakov be suspended. Petrakov told the newspaper in an interview in April: "I thought if they come to Kyiv, I'll take a gun and defend my city." Duma deputy Svetlana Zhurova was outraged and demanded: "This is a call to kill. There should be criminal prosecution for this." 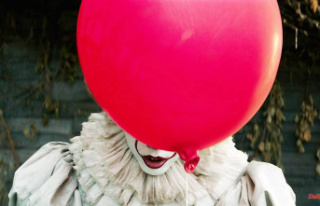