Down $8M: Can Amber Heard Pay Out In Damages?

Amber Heard has lost her trial against Johnny Depp. 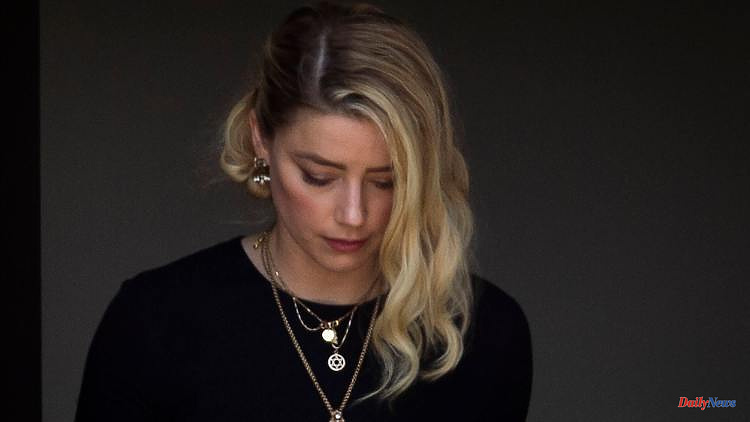 Amber Heard has lost her trial against Johnny Depp. The actress has been ordered to pay $10.35 million in damages for defamation. The 36-year-old is pretty much in a bind. Because she may not have the money.

After six long weeks of trial, Amber Heard lost the trial against her ex-husband Johnny Depp on Wednesday. The seven-member jury found it proven that Heard defamed Depp. They fined the actress $10 million in damages for defamation and an additional $5 million in punitive damages for committing the acts with "actual bad faith."

The main difference between compensatory damages and punitive damages is that the former aims to give back to the injured party what he lost. The latter is for punishment. Judge Penney Azcarate later reduced the punitive damages award to $350,000, the state's legal maximum, and the total to $10.35 million. But the problem is that the actress does not have such a large sum.

How high the fortune of the 36-year-old was last can only be guessed at. During the trial, she confirmed she was paid $1 million for her role in Aquaman and $2 million for the sequel. You are also entitled to bonuses based on the success of the second part. It is also known that Depp had to pay her seven million dollars as part of the divorce agreement. The 36-year-old had pledged to donate the entire amount to the American Civil Liberties Union (ACLU) charity and Los Angeles Children's Hospital.

During the trial, however, she admitted that she hasn't kept that promise because "Johnny sued me." According to "Celebrity Net Worth" she came to around a million dollars until a few days ago. Since the court ruling, the website has been talking about "minus 8 million dollars". "I don't think she can pay," former federal prosecutor Neama Rahmani told The Daily Beast. "She kept the $7 million because she had to pay legal fees," he said.

Heard has the opportunity to appeal the verdict. According to unnamed sources, she also intends to do so. However, she would have to post bail of $10.35 million plus interest, attorney Sandra Spurgeon told CBS. "For a person who is unable to pay the judgment and post bail, there is a real problem if the prevailing party intends to enforce the judgment."

If the actress decides not to appeal and is unable to pay damages, Spurgeon said her current and future assets could be garnished. However, Heard's career has already experienced a major kink in the course of the legal dispute. It is questionable whether she can still count on lucrative job offers in show business after her conviction. She also has the option to file for bankruptcy, which would at least eliminate the $10 million, Spurgeon said. However, she still has to pay for the $350,000 in punitive damages.

All that remains for the actress is that Johnny Depp decides not to enforce the verdict and waive the damages, Spurgeon said. "He has the levers in his hand," said the lawyer. Both parties could therefore also agree on a lower amount. In his statement, which he made after the verdict was announced, Depp left open whether he intended to claim the money. His goal was "to uncover the truth, regardless of the outcome". He added: "I'm reassured knowing I finally got through this." 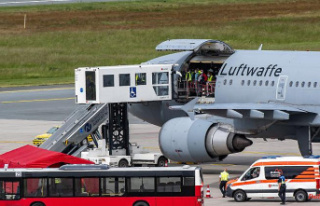