After the show is before the show. 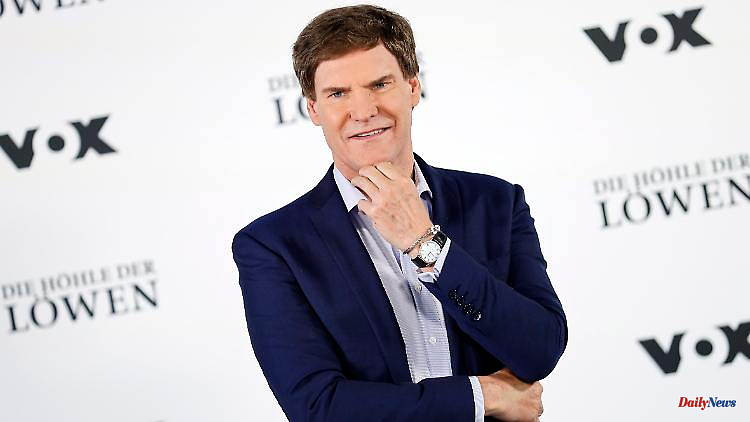 After the show is before the show. And so Carsten Maschmeyer is already thinking about the future after the eleventh season finale of "Die Höhle der Löwen". In the interview he therefore not only takes stock. He also reveals who he would like to welcome to the lion's den.

What was your personal highlight of the current season?

Carsten Maschmeyer: The deal with "Freibeik"! The founder Iris is full of power and dynamism, just like her product: a flexible saddle joint for bicycles. She worked on this invention for six and a half years. She even sold her condo for her startup dream and put all the money into development. Now she runs the company together with her daughter Carmen. The demand is so high that the product was temporarily sold out immediately after the broadcast. These stories are what The Lion's Den is all about.

Which founders or pitches from Season 11 do you remember particularly well and why?

Michelle and Philip from "SendMePack" really impressed me! They found a way to make more out of reusables and revolutionize an entire industry. The idea behind it is ingenious: cardboard boxes do not end up in the waste paper after a single use, but are reprocessed and put into circulation. Precycling saves CO2, water and fresh fibers. A startup as written in books!

Are there moments that you think back less fondly?

If founders don't have their numbers under control, that's an absolute no-go! Or when a startup just wants ad time and not a real deal. Unfortunately also in this season!

Which lionesses or lions are your toughest competitors?

That often depends on the product. Ralf (Dümmel), for example, has a strong network in retail. With her many years of experience, Judith (Williams) knows how to assert herself, especially in teleshopping. And once she wants a deal, she's persistent. We lions like to sharpen our claws. But I don't shy away from competing with the other lions. And the results are also impressive, because the founders often choose me when several lions submit an offer.

How did you experience guest lioness Sarna Röser?

Excellent! She should come back! Sarna brings everything a lioness needs on this show: investor experience, positive mindset and entrepreneurial expertise. She knows exactly what she wants. I'm all the happier that we then made joint deals.

Which investor would you like to have in the lion pack?

I could very well imagine Christian Lindner as a lion. He is the political flagship for the German startup scene and would certainly be an asset to our pack. But let yourself be surprised, maybe new lions will be added!

They pulled out their checkbook for the first time this season. Do you still keep it with you for a possible second time?

I carried the checkbook in my jacket pocket for a long time so that I could make the investment immediately if there was an exciting pitch. "NetzBeweis" was the right opportunity. Do I do that again? Wait and see, the new fall episodes have only just finished filming.

Last year, Georg Kofler's "Social Chain AG" took over Ralf Dümmel's "DS Gruppe". The opponents have become partners. What impact will this have on the show?

Before they were competitors, now Georg Ralfs is the boss and they work in the same company. This also means that from now on they have to take turns who sits on the lion's chair.

They have been part of "The Lion's Den" since 2016. How many times have you thought about quitting?

Not at all! I'm happy to stay with the show as long as I can deliver added value for the viewers and we continue to see exciting ideas! And yes, the "cave" is really a great joy because I discover startups that I would not have got to know otherwise. And it conveys in an entertaining way what entrepreneurship means and strengthens the entrepreneurial spirit in Germany. Neither schools nor politicians can do that. That's why "The Lion's Den" has an even greater, more important value than pure entertainment.

1 The beginning of a hype: 60 years of the Volkswagen... 2 Mecklenburg-Western Pomerania: CDU calls for school... 3 North Rhine-Westphalia: After shots in the leg: Kripo... 4 North Rhine-Westphalia: Revocation of the naturalization... 5 Baden-Württemberg: Mercedes-Benz celebrates the laying... 6 Relaxation before the summer holidays: 3G corona proof... 7 1,800 km on a paddle: The new charity expedition by... 8 Cenon: The City provides a boost for the purchase... 9 Thuringia: Almost complete fiber optic expansion planned... 10 Struggles for grain deliveries: Africa in concern... 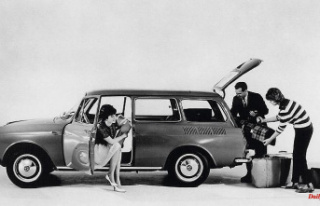 The beginning of a hype: 60 years of the Volkswagen...