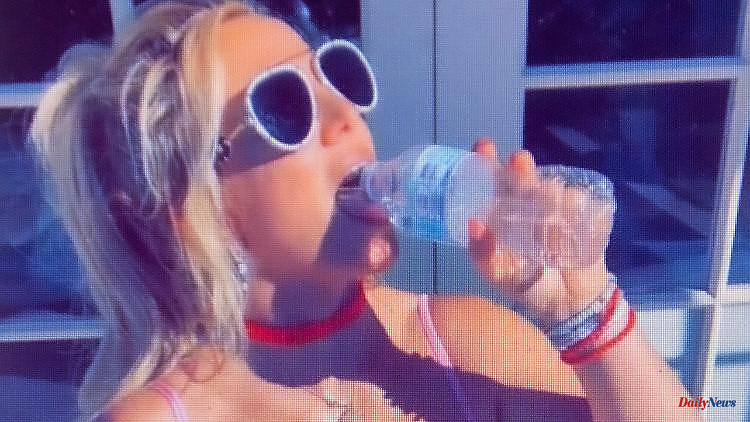 Once again, Britney Spears sends heartfelt greetings to her Instagram followers. This time she's lounging in the water without a bikini top during her honeymoon. And she raves about island hopping and reports of dehydration during a helicopter flight.

In the past few months, Britney Spears has appeared on Instagram quite lightly dressed on several occasions. The singer now greets her fans from her honeymoon with a clip in which almost all cases fall.

The short video shows Spears in various scenes in a bikini on a dream beach. Sometimes the 40-year-old runs towards the camera without a bikini top and only covers her breasts with her hands. Another time she lolls topless in the clear water.

Spears explains in the attached comment that the recordings were made during the second part of their honeymoon. She's on a two-week yacht vacation, visiting one tropical island after another with her husband, Sam Asghari. That was "literally crazy" for her.

They also apparently did a helicopter ride which didn't do her too well, as Spears continues in the post: "Girls if you want to lose weight go in a helicopter and you're losing all your fluids because you're nervous... I think I lost 4 pounds in one day".

Shortly before, Spears released another clip showing her on a boat with Asghari. In it, the two kiss and hug several times. The 28-year-old presents further impressions in his Instagram stories. Among other things, he can be seen kayaking or with a cigar in front of the dream backdrop.

The couple has been together for around five years, and at the beginning of June the two finally said yes. The fairytale wedding was also attended by celebrity friends such as Paris Hilton, Madonna and Selena Gomez.

It is Spears' third marriage: in 2004, she was married to childhood friend Jason Alexander for 55 hours. And from 2004 to 2007 with Kevin Federline, with whom she has her sons Sean Preston and Jayden James, now 16 and 15 years old.

1 Father of nine since November?: Elon Musk probably... 2 Baden-Württemberg: adductor problems: KSC dress rehearsal... 3 Saxony: Corona vaccination: 833 suspected cases of... 4 Saxony-Anhalt: Rainy Thursday expected in Saxony-Anhalt 5 Baden-Württemberg: The construction and car sectors... 6 Merkel will probably also be summoned: the Bundestag... 7 After pressure from his own cabinet: Media: British... 8 "Go now": New Treasury Secretary calls on... 9 By more than an eighth: Lindner wants to cut grants... 10 More accidents in 2021 than in the previous year:... 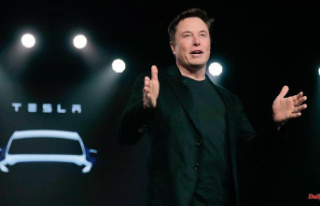