In the Moroccan desert, the Saint Laurent man imposes his sobriety

An unleashing of means: never has luxury gone to such trouble as in May, June and July 2022 to impress 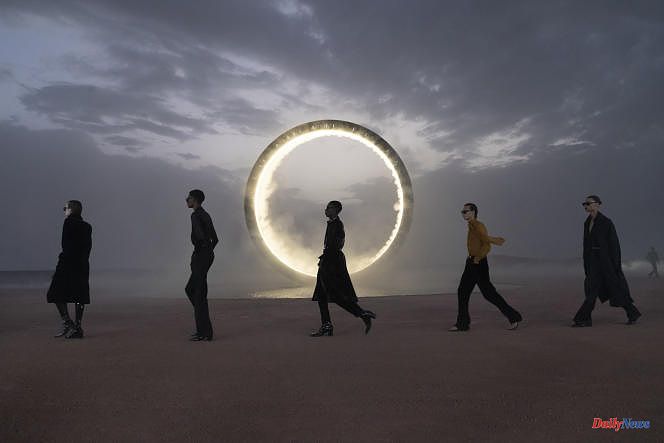 An unleashing of means: never has luxury gone to such trouble as in May, June and July 2022 to impress. After a two-year forced break due to Covid-19, fashion brands have multiplied events in Europe and the United States, with Asia still remaining inaccessible. Vuitton organized a parade in a brutalist building in San Diego (California), Balenciaga took over the New York Stock Exchange, Dior paraded in Seville, Dolce

On Friday July 15, the French brand gathered some 220 guests – journalists, influencers and clients – in Marrakech for its spring-summer 2023 men's show. For three years, artistic director Anthony Vaccarello has been presenting his summer men's collection abroad, outside fashion week calendar. "I had never made a man before coming to Saint Laurent and I didn't feel comfortable in Paris. Getting away from where I live gave me courage. It has become a habit to get away once a year, to take people out of the Parisian fashion shows,” explains the designer. Before the Agafay desert, he wandered his world on a beach in Malibu (California), in 2019, then in an abandoned cloister, in Venice, in 2021.

Marrakech is a logical destination for the label: discovering the city in 1966, founder Yves Saint Laurent, who was born and raised in Oran, Algeria, finds there the light of his childhood. He got into the habit of going there twice a year to escape the hustle and bustle of Paris and draw inspiration for his collections there. He acquired several houses there, including the Villa Majorelle and its magnificent gardens, which he saved from destruction in the 1980s. This is where the designer's ashes were scattered after his death in 2008, and a museum dedicated to his work was inaugurated in 2017.

Despite the brand's strong connection to the city, Anthony Vaccarello has no intention of stirring up the past. And, unlike other houses where the place and the collection are intimately linked – in Seville, for example, Dior worked with local craftsmen to develop a resolutely Andalusian wardrobe – he allows himself more freedom: “ These are not looks for the desert,” warns Vaccarello. The collection is an extension of the one presented at Paris women's fashion week in March 2022, all in coats and evening jackets worn next to the skin, or on a light silk dress like a nightie. A program that may seem surprising for a summer men's collection, but that Anthony Vaccarello masters with skill.

Some of the women's looks are taken over as they are, like the inaugural tuxedo, entirely black, or a long coat with a wide build. Others are slightly reworked, an ivory dress becomes fluid satin trousers, blouses with lavallière are lengthened. Low-cut wraps in velvet or jersey, tunics worn over trousers, heeled boots or even pumps complete this wardrobe filled with borrowings from the feminine register, but which, by its sobriety, remains largely masculine.

The color palette is limited to black, sand and ivory. There are no jewels, few accessories apart from a few pockets, very graphic. Vaccarello does not seek to achieve genre fluidity with versatile pieces, but rather to make opposites coexist. These elegant, slender silhouettes are reminiscent of those of Yves Saint Laurent, open shirt and belted high-waisted trousers, strolling Jemaa el-Fna square, and of his muse, Betty Catroux, imperial in her evening tuxedos. "It's a return to classic chic, a man without aggressiveness, who does not try to convey a message and assumes who he is", summarizes Anthony Vaccarello, who specifies that it is his "favorite collection".

If sobriety is required for the clothes, it is not the same for the installation of the parade. In the middle of the Agafay desert, at sunset, influencers take selfies in front of the huge mirrored boxes that serve as backstage. Catherine Deneuve, Béatrice Dalle and Dominic Fike (actor of Stranger Things) pose in front of the YSL logo, materialized in the shape of a golden statue. And the decor holds surprises. Saint Laurent has dug a vast circular pool of water around which the models evolve. Once the last silhouettes have passed, a monumental and luminous ring emerges from the oasis and rises vertically, like a UFO emerging from the waves. “I wanted a door that opened up to a new world,” says Vaccarello, who called on English artist Es Devlin to bring his vision to fruition.

Despite the means deployed, the Kering group, which owns Saint Laurent, claims that this parade achieves carbon neutrality: greenhouse gas emissions have been calculated and are offset by forest preservation projects; equipment is rented, reused, recycled or donated to local associations, including women's cooperatives in Marrakech, who will recover fabrics to make carpets; the water from the oasis (not drinkable) is intended to irrigate the olive trees in the Agafay region. In 2022, luxury has never been so extravagant, nor so aware of the consequences of its actions.

1 Palais des Glaces: at Christian, in Strasbourg, the... 2 A madman shot dead by the GIGN in Ain after killing... 3 The prefect of police of Paris Didier Lallement will... 4 Emmanuel Macron urges the armies to develop the Universal... 5 More than 4,000 unfilled teaching positions in competitions... 6 Success rate for the 2022 baccalaureate: 86% of candidates... 7 Bac 2022: a success rate of 91.1%, down 2.8 points... 8 Bamako expels the spokesperson for Minusma, the UN... 9 In Sudan, the tribal conflict in the state of Blue... 10 In Kigali, African States at the bedside of nature 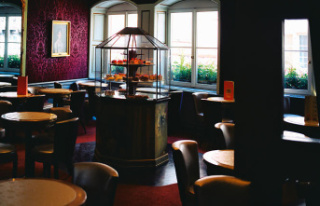 Palais des Glaces: at Christian, in Strasbourg, the...