Joey pimps the bus: The Kelly Family is traveling again

The green and red bus in which the Kelly Family lived, slept and traveled is legendary. 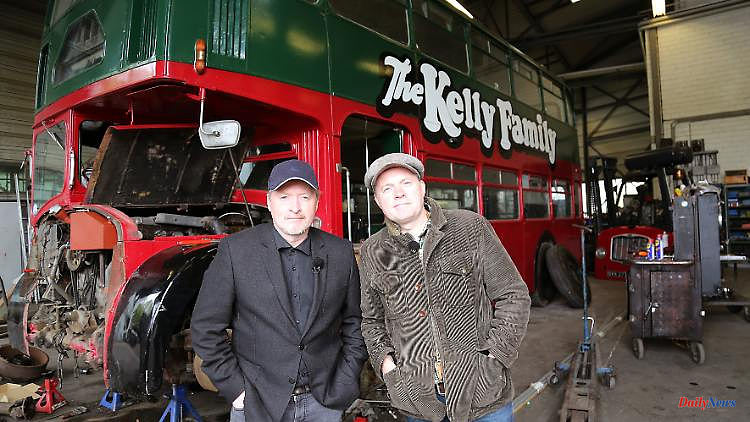 The green and red bus in which the Kelly Family lived, slept and traveled is legendary. But it was mothballed decades ago. But now Joey Kelly has personally set about pimping it up again, because the journey continues for him and his siblings.

Joey Kelly restored his family's famous double-decker bus himself. "It was stored for 30 years, no TÜV, no brakes, rusted, catastrophic," said the singer in an interview with RTLzwei. After all, it was not without reason that the 49-year-old brought the vehicle back into shape. Rather, from September 5 at 8:15 p.m., the station will show the five-part series “The Kelly Family – The Journey Continues” about a road trip by the siblings.

"Then I started restoring the bus first. It took almost half a year until it was painted, had TÜV and engine and everything that had to be done," says Kelly. "And then the journey began."

The siblings did not help with the restoration, explains Joey Kelly. "That was my job. I've done it before and I can still do it today." The first ride on the bus was "simply magical," he recalls. "Goosebumps. I could still see the images of my father driving the bus over 30 years ago and that was a special moment for me."

Together with Kathy, Patricia, Jimmy, John, Paul and Caroline, he had had the idea of ​​traveling through Europe to stations in the family history for years. "But at some point I thought, okay, this has to happen now because time is ticking. Then I asked my siblings and they spontaneously agreed."

Joey Kelly is considered the all-rounder of the Kelly Family. In addition to music, he has also made a name for himself in the past as an extreme athlete. This also brought him numerous appearances in TV shows in which he was allowed to prove himself. For example, he was seen in many earlier Stefan Raab formats such as "Wok World Cup", "High Diving" or "Autoball".

Joey's father, Daniel Kelly, bought the red double-decker bus in 1978. The family lived in it for several years before later finding accommodation on a houseboat in Cologne, among other places. 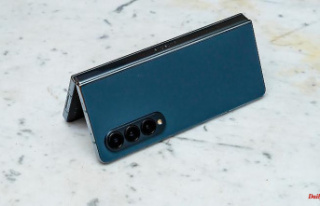