Macron announces that pension reform will be in effect "from the summer 2023",

Emmanuel Macron, in an interview with regional newspapers, stated that the pension reform would be effective "from the summer 2023".

Emmanuel Macron, in an interview with regional newspapers, stated that the pension reform would be effective "from the summer 2023".

"As regards the pension reform, which, as it is essential for the financing of our transformations. It will begin after the Council (national reform intended to define new methods of governance, editor's notes), and will enter into force in the summer of 2023," said the Head of State.

Emmanuel Macron hopes to create a "National Council for Refoundation" after the legislative elections. It will include the "political economic, social, and associative forces" along with citizens drawn by lot. This will "achieve" five goals that will notably impact purchasing power as well as the environment.

"I had five goals during the campaign: independence (industrial and military, food full-employment, carbon neutrality), public services for equal opportunity, democratic renaissance through institutional reform, and democracy renaissance. "I want to create a National Council for Refoundation with the political and economic associative forces, elected representatives from the territories, and citizens drawn by lot. This will help me achieve them," says the President of Republic. "This council, which will I launch myself, will go into effect immediately after the legislative election" on June 12th and 19. 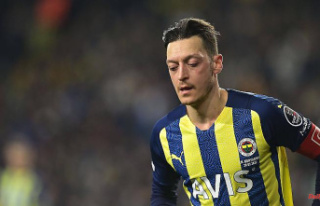