It's now official: Finland and Sweden want to join NATO. 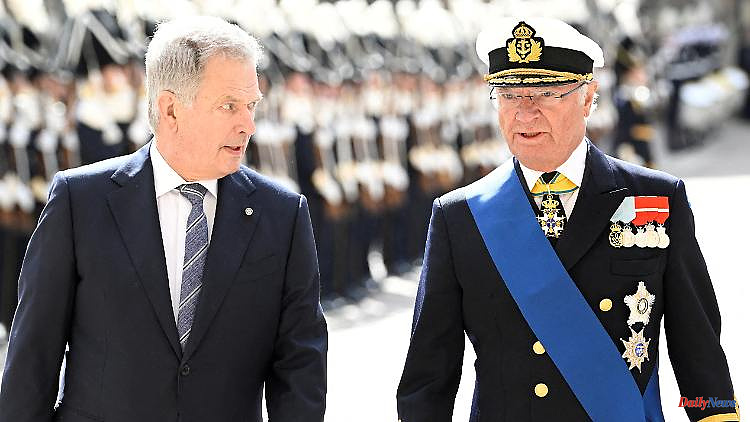 It's now official: Finland and Sweden want to join NATO. But how is Russia reacting? "Surprisingly reserved," says Northern Europe expert Minna Ålander from the Science and Politics Foundation in an interview. According to her, Russia may already have accepted accession. She also speaks to ntv.de about the consequences of Russian restrictions and what conditions Sweden is setting for joining the alliance.

ntv.de: There were more than 150 requests to speak in the NATO debate in the Finnish parliament. Is that more a sign of dissent or unity?

Minna Ålander: I think because this is a great historical moment, many MPs wanted to say something. According to the latest calculations, 169 of the 200 MPs have already announced their approval of an application to join NATO. Overall, the topic is no longer controversial.

The actual course was already set last week with the statements of the President and the Prime Minister. How did the public react to this?

The atmosphere is relaxed, but also positively excited. There is some relief that the NATO accession process is now underway. The change of course actually came from public opinion, which pushed politics a bit. The state leadership then waited with its decision until the democratic process was ready.

Russia already criticized Finland's decision at the end of last week and repeated it earlier this week. How do you assess the first Russian reactions?

Russia reacted surprisingly cautiously, almost mildly. For example, there were no incidents that were actually expected at the end of last week, i.e. airspace violations by Russia or cyber attacks. The statements from Moscow also fit into this tradition of threats against Finland, they are nothing new. Even President Vladimir Putin has said that Finland and Sweden's NATO accession poses no direct threat to Russia - albeit with the caveat that expanding military infrastructure in the region would require a response.

How do you explain the previous reluctance?

One can easily see that Finland and Sweden were already lost cases for Russia, for example because of their accession to the EU in 1995. It indicates that Russia has already accepted the accession.

What is the role of Finnish President Sauli Niinistö, who is considered very conciliatory and also spoke to Putin on the phone at the weekend?

Both of them actually always had a relatively good working relationship and now also a "direct and honest" conversation, as Niinistö called it. It was basically an exchange of statements: Niinistö informed Putin that Finland wants to join NATO because the Russian invasion of Ukraine has completely changed the security situation. And Putin has informed Niinistö that he thinks that was a mistake and that Finland is not threatened. The Finnish President also said afterwards that the talks reinforced his impression that Russia was not planning any military action against Finland.

However, Russia stopped exporting electricity to Finland at the weekend. What are the implications?

This has no effect, especially not now in the direction of summer. So far, Finland has only imported about ten percent of its electricity from Russia and has been preparing for various scenarios for some time - the import volume was restricted accordingly in April. In addition, the grid synchronization of a new reactor unit of the Olkiluoto nuclear power plant took place in March. Together with investments in wind power, Finland is expected to be self-sufficient from next year. Short-term disruptions can be compensated for by electricity supplies from the Baltic States or Sweden.

Are there also precautions regarding the gas supply?

While Finland imports much of the gas from Russia, overall it accounted for only 5 percent of the total mix. Imports have been falling recently and the country is preparing for Russia likely to halt gas supplies later this month. This has to do with payment in rubles, which Russia stipulates but Finland rejects. But stopping the gas won't be a big problem either. While some industries require gas, it can be obtained from other sources and gas is not used for home heating, for example.

Let's look at Sweden. The country formalized its application to join NATO on Monday, supported by a new security report. What was its tenor?

It was similar in content to the Finnish report. It's all about how Sweden's stability and security can be maximized - by joining NATO. As in Finland, the conclusion was that there is no real alternative to NATO.

Swedish Prime Minister Magdalena Andersson has said her country's decision is closely linked to Finland's. Was Sweden pushed a bit towards NATO?

Yes, you can say that. Finland pushed the Swedish debate, so to speak, because Sweden actually needed a little more time. In Finland this discussion has existed since the 1990s, while in Sweden it has never had this intensity. Accordingly, the Swedish public was unprepared for the shift in opinion following the invasion of Ukraine.

Is the debate different in the two countries?

For Finland, it is a purely security-political debate that deals with pragmatic solutions for maximizing its own security. In Sweden, on the other hand, it is also about identity issues, about the tradition of non-alignment, which is a very important part of the foreign policy identity of the last 200 years, but also about identity as a Nordic country. In the end, the consideration that Sweden did not want to be the only country in the Nordic region outside of NATO prevailed.

Is joining NATO perceived as the end of an era?

Yes, this is really a big turning point for Sweden, a big historical moment. That's why the accession was also more controversial than in Finland, the mood didn't change quite as quickly. But there is now a strong narrative in Finland and Sweden that joining NATO will also herald a new era in Nordic cooperation.

Sweden has made its accession to NATO conditional. How do they look?

There are said to be no permanent NATO bases in Sweden and no nuclear weapons are to be stationed. The terms show that NATO accession in the country is a domestic compromise. The Greens and the Left, who only make up a minority in Parliament, are still against accession. And even in the ruling Social Democratic Party, there was a large majority, but not unanimity. Finland, on the other hand, does not impose any conditions, here it is a question of prioritizing security policy, they want to have the greatest possible freedom of action. 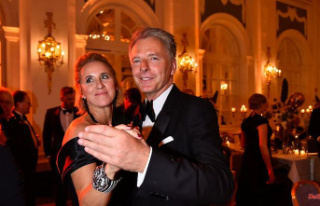 Marriage off after 16 years: Jörg Pilawa and his...