Franjo Pooth is in trouble because of a fundraiser, Hummel's wedding anniversary is being celebrated and Amber Heard claims to have always told the truth. 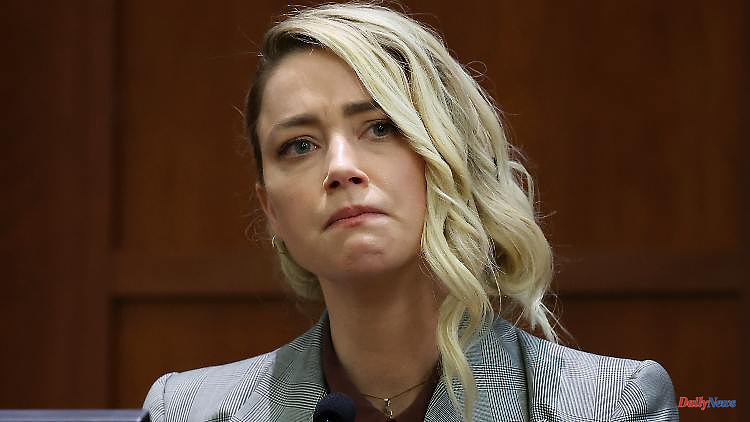 Franjo Pooth is in trouble because of a fundraiser, Hummel's wedding anniversary is being celebrated and Amber Heard claims to have always told the truth. Vip, Vip, Hooray!: Here comes the weekly recap from the world of stars.

While Jan Böhmermann has long since said goodbye to the summer break, there is no time off for our look at the week of the stars. After all, there is always something going on with the celebrities. Admittedly, sometimes so much that you - vip, vip, hooray! - sometimes have to sift out a bit. Because not everything that our stars and starlets do and trumpet on their own social media accounts is also worth reporting. Sometimes, however, one wonders why people are so thirsting for what's new from the Hummels house.

Are Cathy and Mats celebrating their darn seventh wedding anniversary together? Or are there headlines again because some beautiful influencer is spreading selfies in front of Mr. Hummel's unmade bed? Yes, it's not always easy as a celebrity, especially when you're in the public eye like Franjo Pooth. The good husband of advertising icon Verona Pooth just wanted to do something honorable and - whoosh! - if you look closely at his fingers again.

Pooth, who was convicted in 2009 for bribery, breach of trust and negligent filing for bankruptcy, is said to have collected donations for refugees with his company "Pacific Healthcare AG" at the beginning of March. However, as the magazine "Bunte" researched, the donations were not received by the responsible organizations at all.

"With our campaign, we want to give you the opportunity to support the UN refugee aid organization with a purchase from us," said Pooth's company website. Problem: The UN refugee agency knew nothing about it. "This is a rather unusual process and raises questions, even if actions were set up at short notice because of the war," a spokesman for UN refugee aid told "Bunte".

But maybe the Franjo was just crazy busy selling the sensational Hydronic Day Booster and Supreme 24K Gold Face Souffle cream jars! Because according to the "Bunte" report, the donations amounting to 7,100 euros have been paid into the account of the UN refugee aid - by real-time transfer.

Criticism of colleagues, politicians or the government often does not only come from within the own ranks. Kurt Krömer is venting this week. The comedian, who recently reported on his depression and thus spoke from the soul of many sufferers, is currently annoyed with the Federal Chancellor. According to Krömer, Olaf Scholz is a "snorer" who comes across as "arrogant". In an interview with the "Spiegel" journalist Markus Feldenkirchen, Krömer goes on to say that he thinks Scholz would treat the people like little children: "It's a bit like with parents when the conversations fall silent when the children come". The three-time Grimme Prize winner for economics minister Habeck is very popular: "I have the feeling that he's making an honest statement."

Heinz Hoenig is not a snorer at all. At the age of 70, the actor will become a father again. It is the second child with his 37-year-old wife Annika. In the "late fathers" club, Hoenig is in the best of company and not even one of the eldest. Ex-Formula 1 boss Bernie Ecclestone, now 91 years old, is the father of four. His youngest child was born at the age of 89. The actors Nick Nolte, Clint Eastwood and the musician Mick Jagger, who became a father again at the age of 73, are also part of the party. And for the eighth time.

Ryan Gosling debuted his new role in a new movie. The 41-year-old actor, who has been nominated twice for an Oscar, plays none other than Ken, Barbie's partner. His hair dyed bleached blonde, he poses with his muscles hardened in front of a pink backdrop. By the way, Barbie will be played by none other than Margot Robbie.

She, too, was once a sought-after actress: Amber Heard. After losing the case against her ex-husband Johnny Depp, the 36-year-old gave an exclusive interview on the American "Today" show this week. In it, she complains to journalist Savannah Guthrie about the disparagement of her person on social media. The mood-mongering is also the reason why she didn't have a fair trial. Now the woman, who still claims to be a victim of domestic violence and abuse by her ex-husband, wants to fight for her reputation: "I will stand by every word of my statement until the day I die." But this appearance doesn't make a good impression on her critics either, although she emphasizes that she "made a lot of mistakes" but "always told the truth". Your chances of success in an appeal are close to zero. Until next week! 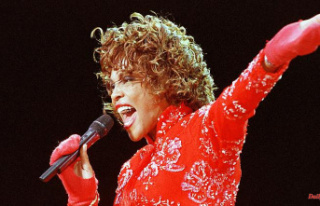