There is currently a shortage of staff in almost all sectors. 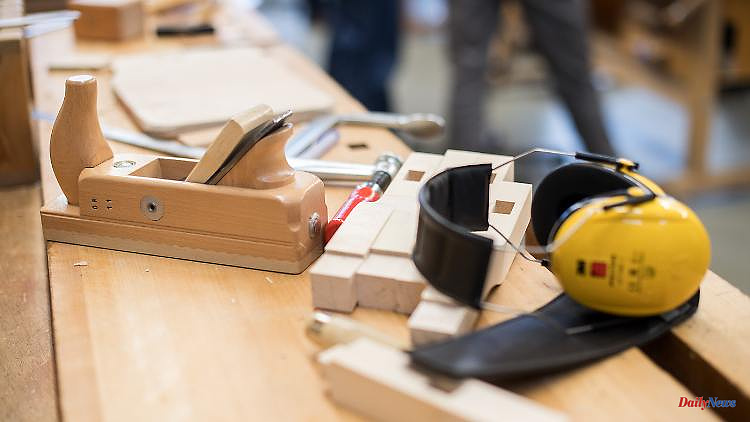 There is currently a shortage of staff in almost all sectors. However, the situation in the skilled trades is particularly dramatic. This not only has consequences for the companies themselves and waiting customers. The energy transition in Germany is also at stake.

Germany's craft businesses are looking for a six-digit number of employees. According to the Central Association of German Crafts (ZDH), there are currently 150,000 vacancies reported to the employment agencies. Since not all companies report vacancies to the agencies, the association assumes that there will be an estimated 250,000 shortages of craftsmen and women, as a ZDH spokeswoman reported. "Ascending trend". The basis is feedback from the chambers of crafts.

The shortage of skilled workers will be one of the dominant topics at the Munich International Crafts Fair, which opens this Wednesday and can take place again for the first time since 2019. "If we don't take countermeasures as quickly as possible when it comes to supplying young people and skilled workers, there is a risk not only of the energy transition failing, but also of a massive economic downturn, a loss of value creation and prosperity," said Franz Xaver Peteranderl, President of the Bavarian Crafts Day, as one of the hosts.

Federal Economics Minister Robert Habeck wants to come to the opening of the trade fair on Wednesday, and Federal Chancellor Olaf Scholz is expected on Friday at the traditional top-level talks with German industry.

The lack of staff not only inhibits economic growth, but also jeopardizes the political goals of the federal government, as trade officials have been warning for years. An example: In Germany there are around 43 million apartments, by 2040 they should be completely climate-neutral. Since a large part of the building stock has not yet been energy-efficient, experts assume that around two million apartments will be required to be converted every year. "Renovate houses to be energy-efficient, install charging stations and solar roofs, set up and maintain wind turbines and much more," says the ZDH. "That's what craftsmen and women do, they are indispensable for all these future tasks."

Accordingly, the trades with the greatest shortage of skilled workers also include several construction trades: According to the ZDH, these are plumbers and heating engineers, refrigeration system engineers, roller shutter and sun protection technicians, as well as electrical engineers, electrical machine manufacturers, opticians, audiologists and metal workers. Unlike in 2020 and 2021, there are currently hardly any corona restrictions, so craftsmen nationwide want to take the opportunity to recruit young people as best they can in a "summer of vocational training". A good one million craft businesses with almost 5.6 million employees - that is about 12 percent of all employees - are registered in Germany.

Craftsmanship is far more important for vocational training. Craftsmen train around 360,000 apprentices, according to the ZDH that is 29 percent of all trainees. Last year, German craftsmen concluded 132,129 new apprenticeship contracts, 2,000 more than in the first Corona year of 2020. However, around 18,800 training positions remained vacant. "We are currently at about the same level as the previous year in terms of the number of new contracts, and we are clearly above the previous year's figure in terms of the number of vacant training positions," says the ZDH. According to data from the chambers of crafts, 33,705 training positions were still vacant in May. However, the training market is still very much in motion at the moment.

According to the ZDH, the economic situation in the skilled trades is currently still quite stable, but endangered by "the multiple and interlocking crises". Because the shortage of skilled workers is by no means the only problem. In addition, the incalculable energy prices and the supply of energy are the greatest challenges, said the Bavarian trade president Peteranderl. In a ZDH survey this year, 39 percent of Bavarian craft businesses reported a doubling of their energy costs compared to 2021. "No company can pass these cost increases on to their customers in full, two-thirds of those surveyed only partially and one-third not at all," says Peteranderl.

The shortage of materials hits the trades as well as industry and has worsened since the beginning of the Ukraine war. This does not bode well for the construction trades and the construction industry: "The longer the Ukraine war and the associated sanctions last, the longer China pursues a zero-Covid strategy, the more the supply chains will be strained," says Peteranderl. "One consequence will be, among other things, that construction work cannot be carried out on time and at the agreed price." 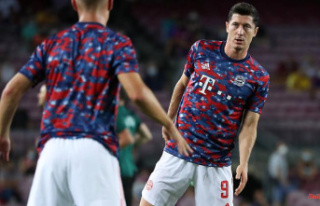