During storms in the Italian regions of Marche and Umbria, streets and houses are flooded and cars are washed away. 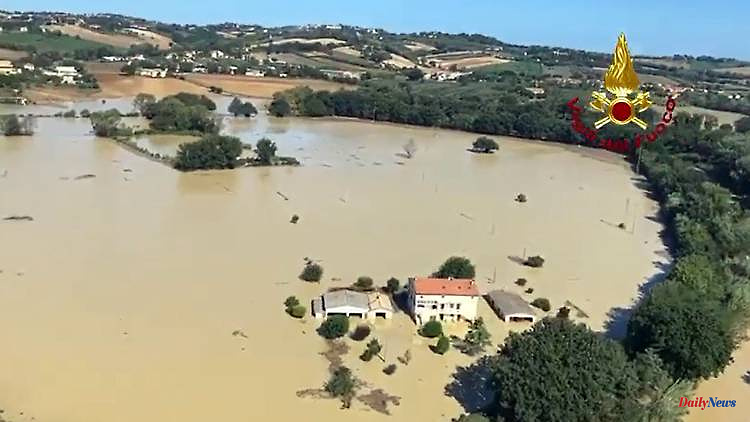 During storms in the Italian regions of Marche and Umbria, streets and houses are flooded and cars are washed away. At least ten people are killed. Mayors of affected places complain that the responsible authorities did not warn them.

Flash floods come after the drought: At least nine people died in severe storms in central Italy. Fire department spokesman Luca Cari said, citing the prefecture of the city of Ancona. This had previously reported ten dead. Four people were still missing, according to the Ansa and Adnkronos news agencies. Among them are a woman and her 17-year-old daughter and an eight-year-old boy in the village of Barbara, said Mayor Riccardo Pasqualini, according to Ansa. The Adriatic city of Ancona and its surroundings were particularly hard hit. But there were also storms in the neighboring region of Umbria.

According to civil protection, central Italy was hit by heavy rainstorms on Thursday evening and Friday night, streets and houses were flooded and numerous cars were washed away. According to the Corriere della Sera newspaper, 400 millimeters of rain fell within two hours, as much as it normally does in six months.

In several quarters of the port city of Ancona, electricity and telephones failed, and schools remained closed. A video from the fire brigade showed emergency services in the city of Senigallia with water up to their waists. They searched the city for people in need with a rubber dinghy.

The fire brigade had already counted 150 missions by morning. Dozens of people were rescued from trees or rooftops. Rescue operations in the disaster area were hampered by roads blocked by fallen trees and landslides.

According to the fire department, among the missing was an eight-year-old child who was traveling with his mother in the car. Emergency services could have saved the woman, but her child was swept away by the water masses. The mayors of the affected towns complained that they had not been warned of the storms by the responsible authorities.

Around a week before the early Italian parliamentary elections on September 25, politicians from all parties in the Marche region, which was particularly hard hit, pledged their support. Regional President Francesco Acquaroli of the far-right Fratelli d'Italia party said that President Sergio Mattarella and Prime Minister Mario Draghi had also assured him of their solidarity in telephone calls.

"These are not storms, it's called the climate crisis," said the Italian offshoot of the Fridays for Future climate protection movement on Twitter. The President of the International Federation of Red Cross and Red Crescent Societies, Francesco Rocca, said on Twitter "very concerned about the increase in extreme weather events".

Like its neighbors, Italy is also affected by climate change: the agriculturally important Po Valley in northern Italy experienced the worst drought in 70 years this summer. And in July, eleven people died when the Marmolada glacier broke in the Dolomites.

1 Fire in the metropolis of Changsha: Fire rages on... 2 RKI evaluates variant BA.2.75: the number of corona... 3 Appeal to Corona policy: Expert group: "Broad... 4 Wage gap remains unchanged: Equal Pay is not an individual... 5 From the Pouting Corner: The Lord of the Ring Exchange... 6 Estate for the women: Was Queen Elizabeth II a feminist? 7 Everything is possible and nothing has to be: Good... 8 Party drinking as an addiction: "Actually, it... 9 Royals tweet pictures of the Queen: Charles III. and... 10 Photo was taken in May: Palace shows previously unknown... 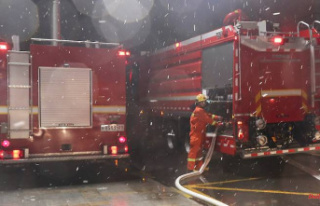 Fire in the metropolis of Changsha: Fire rages on...