If two have the same education, working hours and the same job, they also get the same money. 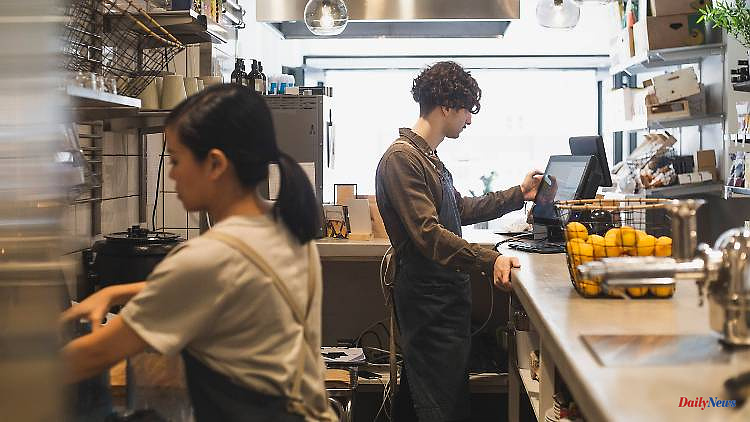 If two have the same education, working hours and the same job, they also get the same money. This sounds logical, but it is by no means always the case, especially when it comes to a man and a woman. And now?

In many cases, women still receive less wages or salaries than men with the same qualifications and performance. The phenomenon is known under the English name "Gender Pay Gap", which is translated into German as wage gap. The latest figures on this gap are from 2019. According to official figures from the European Union, the gender pay gap in the EU was 14.1 percent and "has changed only minimally over the last decade".

There are several reasons why women earn less than men. "It's both a structural problem and an individual one," says Susan Moldenhauer in an interview with ntv.de. As a career consultant, Moldenhauer primarily coaches women in salary negotiations and has published the guide "Know your worth!" written.

The EU cites as one reason the over-representation of women in relatively poorly paid sectors such as care, health and education, but also the fact that heavily feminised professions "tend to be systematically undervalued". Another aspect is the unequal distribution of paid and unpaid work. "Women work more hours per week than men, but spend more hours doing unpaid work," according to the assessment. In many hierarchies, men are still at the top and are therefore better paid. Last but not least, there is very simple wage discrimination: "Women earn less than men for the same work or work of equal value."

The wage gap is given with an unadjusted value, which only reflects the figures from payslips. This is compared to an adjusted value that takes into account the choice of occupation, the level of education and the scope of employment. According to the Federal Statistical Office, the adjusted wage gap in Germany is currently six percent. So there are also differences in earnings with exactly the same qualifications, professions, working hours and positions.

Moldenhauer sees the "gender pay gap" as a challenge for society as a whole that should be tackled together. "Many women still have old role clichés in their heads, that they shouldn't demand too much or too clearly," says the trained finance economist. They were afraid of attracting attention and causing trouble. "Others do not dare to go into an argument because they are afraid of a no."

The reasons for this lie in both social and personal history. For a long time, women were denied the ability to take responsibility for their own money. It was not until 1957 that women in the Federal Republic were allowed to work without their husband's permission for the first time, until 1962 they were not allowed to open their own bank account and until 1977 the husband could terminate his wife's employment. In addition, many people are characterized by the fact that money is not talked about. Boys still get more pocket money than girls on average.

It was the same in Moldenhauer's childhood, when she finally negotiated a sum with her parents, all of which she defrayed. If that wasn't enough, she earned something extra. Her brother, on the other hand, went shopping with his mother and then got paid for what he needed. She still prefers to take her finances into her own hands instead of leaving them to others and advises the women she looks after to do the same. However, this still stands in contradiction to gender images, which are not least conveyed in children's toys. The conflict-ready superhero for boys is all too often opposed to the gentle, good-looking princess, who of course has no idea about money and doesn't actually have to earn it.

Whether they realize it or not, many women have internalized these very images. It is therefore important to first clarify your own relationship with money. What fears or taboos are associated with it? For example, if you feel greedy as soon as money is talked about, you will have difficulties defining a financial goal and communicating this in the conversation.

Moldenhauer is always surprised by her clients. "I have the greatest women in terms of qualifications. But when it comes to recognizing their own achievements, they ask themselves if they can ask for the salary they are aiming for, if they are really that good." Classic beliefs are: "I'm just doing my job. Of course I deliver, but that has to be noticed by itself." However, this is by no means always the case. It is not easy to determine who ultimately contributed how much to the success of a project. And even if it is noticeable, not every employer comes up with the idea of ​​also rewarding success financially.

That's why the career counselor often starts with the topic of self-worth. "Many women are still like that, everyone else has to be fine first and then it's my turn. That often only changes in the second half of life, when family time is no longer the priority," says Moldenhauer's experience. If you don't want to wait for that, keep reminding yourself of your own achievements, for example in a success diary. Before salary negotiations or an interview, you can read there which challenges you have recently overcome and appear with correspondingly more self-confidence.

In order to keep the personal wage gap as small as possible or even avoid it, you should be well prepared. For Moldenhauer, knowing what salaries are usual for the position is part of the job. Then, when asked about the desired minimum income, you can also name a number that seems both realistic and worth striving for. If you still have a bit of a difference in salary expectations, a bonus, prompt promotion with better conditions, shorter working hours for the same pay or special further training can also be worth considering and negotiable alternatives.

Moldenhauer also reminds in the coaching that a conversation always has a factual and a relationship level. Women often strive for consensus and harmony and therefore give in too quickly. A challenging position and a great team are certainly good too, but you shouldn't lose sight of the corresponding payment.

As a trick, the counselor suggests saying to yourself, "I'm the person, but I'm negotiating the job and performance at stake. Or I'm negotiating on behalf of someone else." Because women are very good at standing up for others. All of this is a matter of practice. "One should ask oneself: Where am I, where do I want to go?" It's always good to have a plan B if you don't get there. Do you have to reorient yourself or can you ask for time to think things over and maybe talk to each other again a few days later?

In the meantime, employers are also increasingly having to deal with the wage gap, not only because female applicants are asking whether men and women are paid equally. Possibly before the end of this year, an EU directive is planned that will oblige companies to disclose information about the adjusted salary gap, among other things. If this is more than five percent, reasons must be given as to why this is so. This means that in future the employer and no longer the employee will have to prove that there is no salary-related discrimination. Some large companies have already started reviewing their pay structures.

But Moldenhauer also sees women as having a duty. When men come to her counseling, they ask how they can earn more. Women are still concerned that they might ask too much. "But if I don't ask, I don't get an answer either," says Moldenhauer pragmatically. In the end, it's about achieving a good working relationship. "It is important to get into a good, respectful attitude towards one another, to ask questions intelligently from time to time and thus to change the corporate culture in such a way that everyone feels valued."

1 From the Pouting Corner: The Lord of the Ring Exchange... 2 Estate for the women: Was Queen Elizabeth II a feminist? 3 Everything is possible and nothing has to be: Good... 4 Party drinking as an addiction: "Actually, it... 5 Royals tweet pictures of the Queen: Charles III. and... 6 Photo was taken in May: Palace shows previously unknown... 7 "An event of the century": Steinmeier condoles... 8 "Summer House of the Stars" - Episode 4:... 9 "The killer in me": A short circuit and... 10 Corona, streaming, other plans: Woody Allen announces... 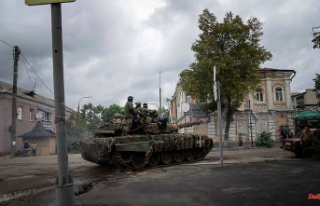 From the Pouting Corner: The Lord of the Ring Exchange...