From the Pouting Corner: The Lord of the Ring Exchange in the Shire

The queen is dead, long live the king! And Ukraine! So let's pray together for peace and sing: "Tanks, tanks, you have to wander from one place to another. 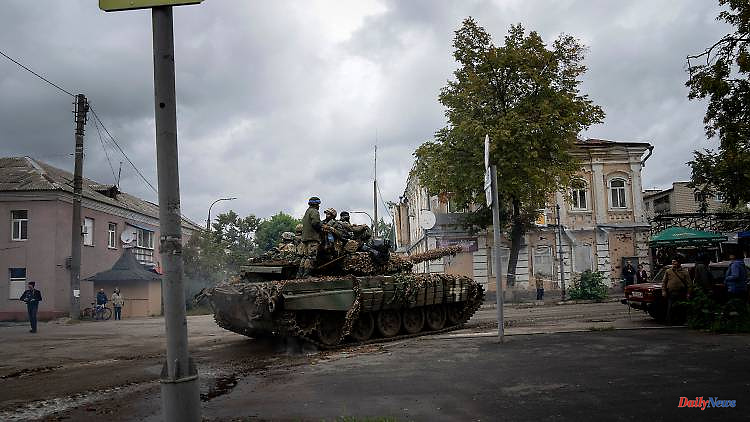 The queen is dead, long live the king! And Ukraine! So let's pray together for peace and sing: "Tanks, tanks, you have to wander from one place to another. Oh, how nice, oh, how nice, just don't leave the tank."

These are terrible times! Full of problems. As a decent person, you have to decide whether to display the Ukrainian or British flag in your Whatsapp profile, whether to express your grief with a bombed people or a deceased Serene Highness. Anyone who lives in the Auenland, like us prosperous Germans, where the world is a bit more in order than elsewhere, where there are still full supermarkets, apartment buildings with thermal windows and a little electricity, is spoiled for choice.

If you don't want to, you don't have to mourn, nobody is forced to feel sorry for the Ukrainians, the Queen or both. Like in the swingers club: everything is possible, nothing is mandatory. The Woken never flinched as the Queen died, let alone shed a tear. After all, everyone knows that: "The Queen neither prevented nor adequately apologized for the colonial violence committed in the name of the crown. It's okay not to be sad about her death." The last sentence, read on the Internet, shows how tolerant the tolerant people are. It says: Anyone who wants to mourn should do it gladly, mourning should not be forbidden. Thanks.

Meanwhile, life goes on. The queen is dead, long live the king! Not only the English one, but also our King Olaf the Unclear. He live high, high, high! Especially in these sad times we need leaders, even if they don't lead and we have no idea where they're going. But someone has to be in charge. Or the silence. King Olaf the Unclear masters this like no other monarch on our planet, which only seems to be in decline.

Our king has qualities. While Charles the Frustrated already freaks out when a fountain pen doesn't work, King Olaf the Unclear stays calm like a civil servant. Melville's stoic Bartleby, the forefather of the nihilist, is no different, if you allow me the intellectual excursion. King Olaf the Unclear has lost his calm. The malice over the memory loss is inappropriate, as a look at our king's website shows: "I spent a happy childhood in Hamburg with my brothers Jens and Ingo." And further: "Helmut Schmidt was also a formative political personality for me, who led me to the SPD at the age of 17." Because of memory gaps!

King Olaf the Unclear has good news: "I'm sure. Our country will surpass itself. We will stick together." His predecessor, Queen Angela the Raptured, said something like that. "We make it." Exactly. After her abdication, she announced to the people: "I am now going into the part of my life that was previously denied to me. As a person." In concrete terms, this means that she no longer speaks out and watches as the progressive coalition spoons up the inedible soup that she brought to the country.

Somehow everything is shit. Hakle is bankrupt, the company continues to operate in self-administration, which raises important national questions: Who managed Hakle before? The Illuminati? Didn't we Germans buy enough toilet paper during the pandemic? do we poop? Or too little? Have we lost the desire to have a bowel movement?

It is obviously going downhill, the progressive coalition will hardly be able to introduce an overjoyed tax, there is too much frustration among the population. The damn war. "We did the sanctions, Putin didn't do the sanctions. That's stupid nonsense," an angry old white man in the eastern zone of the Shire told Spiegel TV. But it was the leader of the great patriotic special operation who started the war, wasn't it? "Yes. Rightly so. Rightly so," declared the angry old white man. "Because NATO is slowly advancing and slowly encircling it, I shouldn't be surprised. If my neighbors in my garden acted the same way Ukraine did with Russia - I would have hit them on the nut too."

The old white angry man isn't the only angry citizen who lacks empathy and has lost his standards, confusing the Shire with Mordor. You can very well compare apples with pears. But bombs with nuts? I do not know. go over there Go to the promised land. That's what people used to say. On both sides. I've been thinking about that a lot lately.

Finland and Sweden never wanted to join NATO - the fact that they now want to is the responsibility of the leader of the country's great special operation. And I can't stress it enough: Ukraine borders Romania, which is a member of NATO. If Russia annexed Ukraine completely, God forbid, it would border directly on a NATO country, as it does in the Baltics. And then? Walk through to Lisbon? Please do not. War sucks and has already ruined Hakle.

Negotiate? Fun. The "spokesman" for the leader of the great patriotic special operation, a certain Dmitri, claims that Ukraine "continues" to seek NATO membership. "Accordingly, the greatest danger for our country remains and thus the reason for the necessity of the military special operation also remains topical, in fact it becomes even more topical." The Russians will not stop bombing, killing, robbing washing machines, computers and women's underwear from Ukraine. Poor Russians. Poor Russia.

Saint Annalena "does not rule out the supply of tanks to Ukraine," according to the Internet. "I know that time is of the essence," she said: "As the situation on the ground changes, we always look at our support and will also discuss further steps together with our partners." King Olaf, the lord of the ring exchange, is very happy to hear that. They debate and debate while the Ukrainians fight and fight, die and die. Gas is getting scarce, maybe electricity too. But time is unlimited. She keeps ticking whatever happens.

"An exchange of rings, to piss them off, to annoy them all, to drive them into the dark and bind them forever" - so it is written (in this column). "No German going it alone in this matter," says the defense minister of the Auenland and supporter of the imaginary parents' movement "Not without my son." She aspires to a military leadership role for the Shire in Europe, but not immediately, but only after the ring exchange.

Brave Kevin, who dropped out of college to become King Olaf's squire, says: "We certainly support the exchange of rings with our Eastern European partners." That is great. Lars, also a squire of the king, thinks there is no point in supplying Leopard 2 tanks because training on them would take far too long to have any effect at this stage of the war. He can say that again in half a year. Until then, let's pray together for peace and sing: "Tanks, tanks, you have to wander from one place to another. Oh, how nice, oh, how nice, just don't leave the tank."

1 Estate for the women: Was Queen Elizabeth II a feminist? 2 Everything is possible and nothing has to be: Good... 3 Party drinking as an addiction: "Actually, it... 4 Royals tweet pictures of the Queen: Charles III. and... 5 Photo was taken in May: Palace shows previously unknown... 6 "An event of the century": Steinmeier condoles... 7 "Summer House of the Stars" - Episode 4:... 8 "The killer in me": A short circuit and... 9 Corona, streaming, other plans: Woody Allen announces... 10 Charles receives state guests: Biden bids farewell... 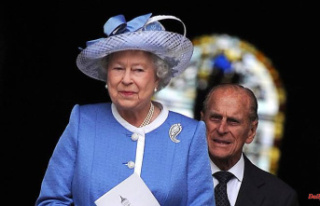 Estate for the women: Was Queen Elizabeth II a feminist?