A driver ignores the police stop signals, turns and flees. 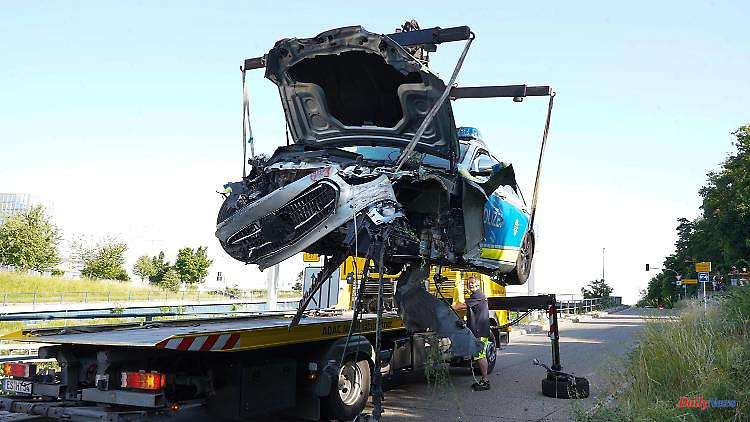 A driver ignores the police stop signals, turns and flees. The officers follow with their car. Her vehicle went off the road and crashed into a tree. Two police officers are seriously injured in the accident.

Two police officers and a trainee were injured in an accident during a chase in Baden-Württemberg. Police headquarters in Ludwigsburg said yesterday afternoon that the emergency services were pursuing a car whose driver had previously evaded control near Stuttgart. The Skoda driver ignored the police stop signals on the B27 federal road, made a dangerous turning maneuver and fled.

The police then began chasing the car. When the Skoda abruptly left an exit, the emergency vehicle left the road and crashed into a lane boundary.

The 30-year-old driver of the police car and the 50-year-old passenger were reportedly seriously injured and taken to the hospital. The 21-year-old trainee suffered minor injuries and was able to leave the hospital after outpatient treatment.

The police car was a total loss of around 60,000 euros. The Skoda driver escaped.

1 Because courses are easy: Kassenärzte boss rejects... 2 Judgment no longer contestable: Bahn must introduce... 3 Confession at the start of the trial: Leipzig bombers... 4 Drought is causing problems in Italy: a dispute over... 5 Anti-Semitic symbolism: Scandal banner on Documenta... 6 Climate protests in Berlin: Demonstrators block many... 7 Berlin is an epicenter: almost 500 cases of monkeypox... 8 Forecast before dormouse: It's getting hotter... 9 After forest fires: In Brandenburg, the danger of... 10 Deadly shots by Kusel: Alleged policeman killer is... 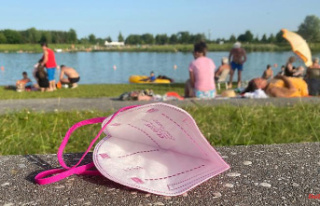