Alice Schwarzer does not expect a thank you for her pioneering role as a feminist: women should "simply be happy" for the freedom they have fought for. 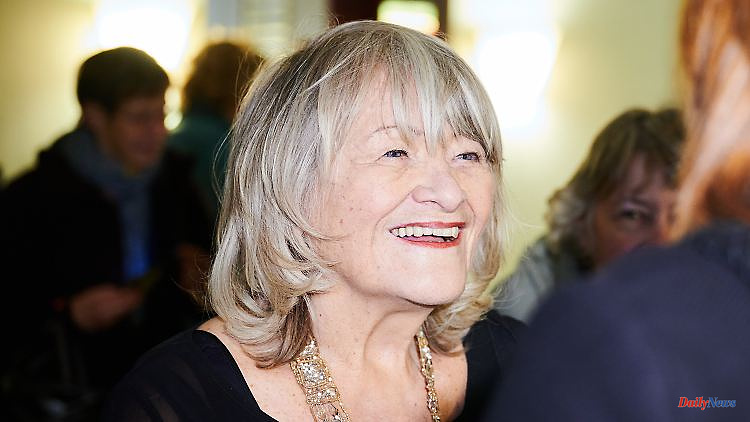 Alice Schwarzer does not expect a thank you for her pioneering role as a feminist: women should "simply be happy" for the freedom they have fought for. What is certain is that we wouldn't be where we are if Alice Schwarzer didn't exist. However, we don't have to find everything good.

She's still so insanely argumentative. And it has accompanied many generations throughout their lives. As the woman who founded the magazine "Emma", on the covers of "Stern" and "Spiegel", behind the scenes, on the street at demos, in a baggy skirt or chic in knitwear, as an understander of everything or at least a lot . The activist, who is considered fun-loving and humorous, continues to polarize and sometimes even takes her opinions to court for her opinions: she sued "Stern" because of the portrayal of women "as mere sexual objects", and the publisher of the photographer Helmut Newton is suing her because she reprints his pictures, which she considers sexist, racist and fascist, in Emma without permission. She has always had a clever hand.

She became an icon of the German women's movement with the beginning of a public discussion about the abortion ban anchored in Paragraph 218 of the Penal Code on a "Stern" cover: On June 6, 1971, 374 women confessed in the magazine: "We've had an abortion!" Schwarzer exported the idea to Germany based on the French model. In the fall of the same year, Schwarzer's first book, "Frauen gegen den § 218", was published. She subsequently published more than 40 books as an author or editor, including bestselling biographies about the publicist Marion Dönhoff and the actress Romy Schneider. She takes on guest professorships, calls for a ban on pornography, and criticizes the Islamic headscarf.

In 2010 and 2011, Schwarzer reported for the "Bild" newspaper on the trial of allegations of rape against weather presenter Jörg Kachelmann. She is accused of one-sided reporting, the process resembles a modern witch hunt in some places, except that this time "the witch" is a man. Of course, Schwarzer herself is not scandal-free either, she cleared up a tax scandal with the words "a real mistake" and the payment of a six-figure sum. Schwarzer had a long relationship with a man when she was young and emphasizes that she cares about people, not gender. In 2018 she married her longtime partner.

Alice Schwarzer has been known and popular in recent years - if not decades - especially as a talk show guest, because you can still argue with her excellently. Somehow she was always there. is it still And how! In the last few days, many people, especially women, have commented on Alice Schwarzer. Many admire her, many recognize what her life's work is. However, some turn away, others say she's annoying. The word "nerve" has both positive and negative connotations. In a positive sense, it means that she still puts her finger in the wound, that she says out loud what she doesn't think is possible. This is a fundamentally good quality, in male language it would mean "he" actively participates in the discourse, is either "confrontational," "challenging" or "bold", a "thinker" or "leader". A woman is simply annoying. And Alice Schwarzer in particular, who likes to make this statement with a kind smile, just as one looks at a naughty but loved child or a rare plant.

What is certain is that we would not be where we are if Alice Schwarzer had not existed, if she had not still existed. And "we" doesn't just mean "we women", but an entire society, which now also consists of - at least partially - emancipated men. But how far have we really come? In a society in which men still earn more than women, in which women still predominantly "run the household", do child and care work - we have really arrived where we thought we would be in the seventies can in the new millennium? Hardly likely.

But Alice Schwarzer can't do anything about that, she gave everything. Sometimes even a little too much. As I said, it is still argumentative, but unfortunately it often turns into a kind of dogmatism that often seems unnecessary and is very tiring. She is just as reluctant to let others finish speaking as men usually do and insists that you have to listen to her: "I'm a woman, now I want to be allowed to say something" and: "I'm older, so please respect, kid." , if the other person doesn't tick in your interest. Of course, that's a weakness that many old people share, this dogmatism, it's not just Alice Schwarzer's.

The only question is whether you absolutely have to consult Alice Schwarzer on all topics of the time. Does she urgently need to comment on Putin's war of aggression in Ukraine? Not really, not their core competency. Iran? Rather, a lot is about women, but now there are others who have more and more important things to say, simply because they know their way around better. Her suggestions, like Maybritt Illner's recently on the show, that women in Germany should take off headscarves out of solidarity with the Iranian women, completely miss the target and cause everyone involved to shake their heads. It's not a "headscarf yes or no" revolution that's going on right now.

She has denied the accusation that she understands Putin. She does not reveal the cause of the Ukrainians, but would try to "identify the motives of Russian President Vladimir Putin". In principle, there is nothing to be said against the matter of "finding out the opponent's motives", but history now shows that tens of thousands of people are already dead, on both sides, and the question of "why" is no longer superficial, but only the question counts , when and how this unnecessary war could be ended while at the same time having maximum understanding that the people of Ukraine naturally want and have to defend themselves against the aggressor.

She is not alone with her open letter from spring 2022, which she and 28 celebrities sent to Chancellor Olaf Scholz and in which they appealed not to deliver more heavy weapons to Ukraine: almost half a million people had it signed. "The danger of a nuclear war is now even more acute, and Germany would be particularly at risk as a buffer zone between Russia and the western nuclear powers. We are really playing with fire," says Schwarzer. And Alice wouldn't be Alice if she didn't think further: She wonders what will happen to the masses of weapons that the West is supplying to Ukraine after the war. "They end up on the black market in Europe. To the delight of the mafia and the Islamists."

So we can take care of the scrap later, I think, for now get the people to safety.

There is a two-parter that is well worth seeing about Alice Schwarzer and her journey from being a 21-year-old au pair in Paris to founding "Emma" in Cologne in 1977. Milestones in her life are shown, such as a TV argument with Esther Vilar in 1975, the author of the bestseller "The Trained Man". This three quarters of an hour in the afternoon program made Schwarzer famous in one fell swoop. Nina Gummich gives the young Alice so much authenticity that she can definitely change the view of black people again. Gummich himself says: "When I saw historical recordings, I was surprised by the tenderness, melancholy and this touch of Paris that emanates from her."

Schwarzer is repeatedly accused of being authoritarian. Gummich made her own experiences during the shooting: "There is a scene in Part 2, where I call on Berlin women to provide texts for a book that I then want to present to Rowohlt Verlag. The women come to Paris, and we have a good time - writing, discussing, smoking, drinking, snogging - which is what you do when you're reinventing the world."

In the end, Gummich reads the texts of the other women in the role of Alice Schwarzer and freaks out because she finds these texts so bad. The women react hurt and leave. "When I was playing I didn't understand at all how that could happen. Inside I was totally open to further objective discussions and possibly to rewriting the texts," says Gummich. "Everyone around on the set then mirrored to me how authoritarian it came across and thought it was great in terms of play." From this she concludes: "Alice can completely devalue on the factual level and then immediately have a coffee with you."

This is also reminiscent of the legendary encounter between "The Body and the Brain" on Johannes B. Kerner's 2001 show, because it was always particularly nice when Alice Schwarzer was able to laugh at herself. Like the famous conversation with Verona Pooth, then still Feldbusch, in which she would have liked to have picked the young TV personality up in the air, but she only partially succeeded in doing so, because Verona was not nearly as stupid as she thought or wanted.

Perhaps Nina Gummich is the best at explaining the system to Alice Schwarzer, as she has spoken to her a lot lately for her role and asked: "There is something I did not expect: Alice Schwarzer has a very childish side, she is Playful and compassionate, cheeky and inquisitive. Not losing these qualities in old age I find particularly valuable and unusual."

There is nothing more to add to this, apart from sending a very hearty congratulations to Alice Schwarzer on staying healthy, active and pugnacious. And if we don't like something from her, then we can endure it, we're adults. And feminist. 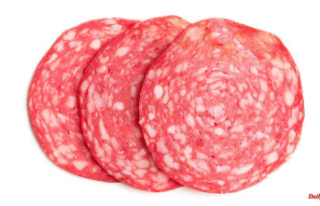