Six months on the run: "Afghan women are heroines"

Fawzia Saidzada made it, at least close to Berlin and out of Afghanistan, where she was no longer safe. 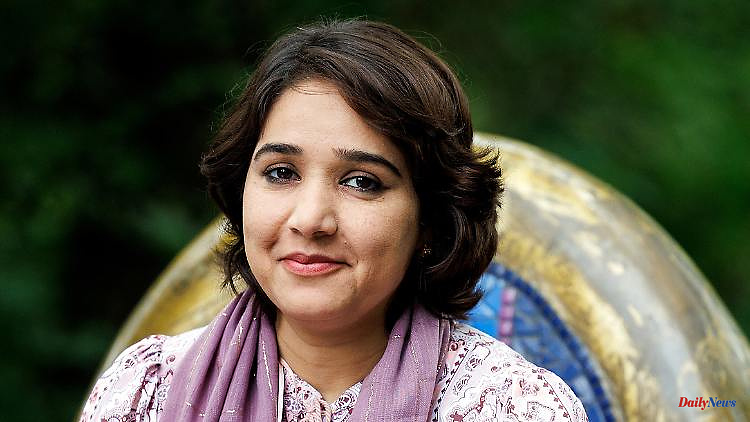 Fawzia Saidzada made it, at least close to Berlin and out of Afghanistan, where she was no longer safe. Her goal: a speech in the German Bundestag. The way the young journalist looks, she will definitely succeed. And much more!

Fawzia Saidzada made it at the end of July. The 30-year-old journalist and women's rights activist from Afghanistan arrived in Berlin - after almost six months on the run. "Afghan women are heroines," she says. "They are combatants who have faced war for the past four decades but have not lost hope." In her homeland, before the Taliban took power, she had lived the newly won freedom of women. She studied, worked as a journalist and activist. Then came the sudden end.

The radical Islamic new rulers massively restricted the rights of women and girls - Saidzada initially went underground. But in the long run this was too dangerous for her and her family. "We had a good life, like the Germans here," she recalls of the time when the internationally supported government was still in power and Western troops more or less ensured security and stability. She studied law at Salaam University in Kabul for four years and journalism for two years. She worked as a political analyst for TV stations, as a presenter for radio stations and campaigned for the rights of women and girls.

The Taliban undid all of that. In August 2021 they took the capital, the international powers left the country after 20 years. "The day Afghanistan fell, everything in our lives collapsed," Saidzada recalls. At first she was determined to stay. The motto for her and her comrades-in-arms: "Either freedom or death!" They continued to campaign for the rights of women and girls, for their access to universities and schools, they reported crimes committed by the Taliban to contacts abroad, revealed places where women were held captive and reported when soldiers of the earlier government army had been killed. She lasted until October, when she and her brother Rahmatullah, who was three years her junior, were kidnapped by the Taliban. According to her own account, she was released a day later because she credibly assured that she wanted to work with the Taliban. Her brother remained in captivity for 15 days.

"As activists who wanted to save our country from the Taliban's clutches, we knew we had to die for our cause," she says. "There was no other way." But Saidzada became increasingly aware that her family's life was also in danger as a result of her actions. Finally, in April of this year, she set out on the arduous journey with her now 13-year-old son, her brother, her mother and another brother and his family. "We had to flee Afghanistan." The family finally arrived in Berlin via Pakistan in early July after saying it took a very long time to get the necessary papers.

Federal Foreign Minister Annalena Baerbock recently denounced the curtailment of fundamental rights by the Taliban. "For women and girls, this means life like in prison," she said on the anniversary of the fall of Kabul. "The idea that girls in the 21st century do not have unlimited access to education and that women cannot move freely without male relatives is hard to bear, but for many in Afghanistan it is a bitter reality." The Federal Foreign Office's most recent travel and security advice on Afghanistan states that civil liberties have been severely restricted and will probably continue to be so. "This mainly affects women."

Saidzada is determined to continue her work in Germany. "The profession of journalism is sacred," she says. "And it doesn't matter where a journalist is." What is important is to report what is happening. "Journalists in Afghanistan and neighboring countries are in a hopeless situation," she adds. The Taliban have now almost completely abolished freedom of the press and free civil society. According to a report by the UN mission to the country, journalists, activists and opponents of the regime are increasingly being arrested, in contrast to the Taliban's protestations that they want to uphold human rights within the framework of Islamic law. Saidzada says so too. The country's elite - doctors, lawyers and journalists - were largely forced out of their jobs. Instead, the Taliban filled all key positions with their own people. "Afghanistan will remain a terrorist country," she is certain. The Taliban are now also harboring terrorists from abroad, she says. "Afghanistan needs the help of the world." She now wants to continue to do so. She keeps in touch with like-minded people in Afghanistan and with activists who have fled to neighboring countries.

First of all, however, she must learn German, and then she wants to complete her university degree in international relations. And, that is her biggest goal, she wants to give a speech in the German Bundestag. "The world must stand by our people," appeals Fawzia Saidzada. Ultimately, she only has one question for the members of the Bundestag: "Why did you leave us alone?"

1 But now really ...: Rapper Gzuz has to go to prison 2 Coffin of the late monarch: Queen is laid to rest... 3 "Faking Hitler" on VOX: Nazis, narcissists... 4 Eleven-day tour of Britain: How the Queen's body... 5 "Everyone is absolutely furious": is King... 6 Panic rocker shows stinky fingers: AfD wants to report... 7 After the Queen's Death: What Happens to Harry's... 8 'Both been through a lot': Drew Barrymore... 9 After the death of Queen Elizabeth II: Charles III.... 10 Involuntarily or not: sex tape made Kim Kardashian... 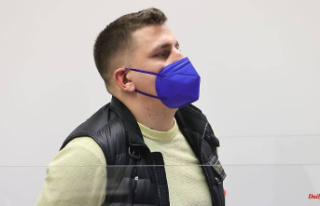 But now really ...: Rapper Gzuz has to go to prison