During the maneuvers around Taiwan, the Chinese People's Liberation Army "simulated" an attack on the democratic island state, according to the Taiwanese military. 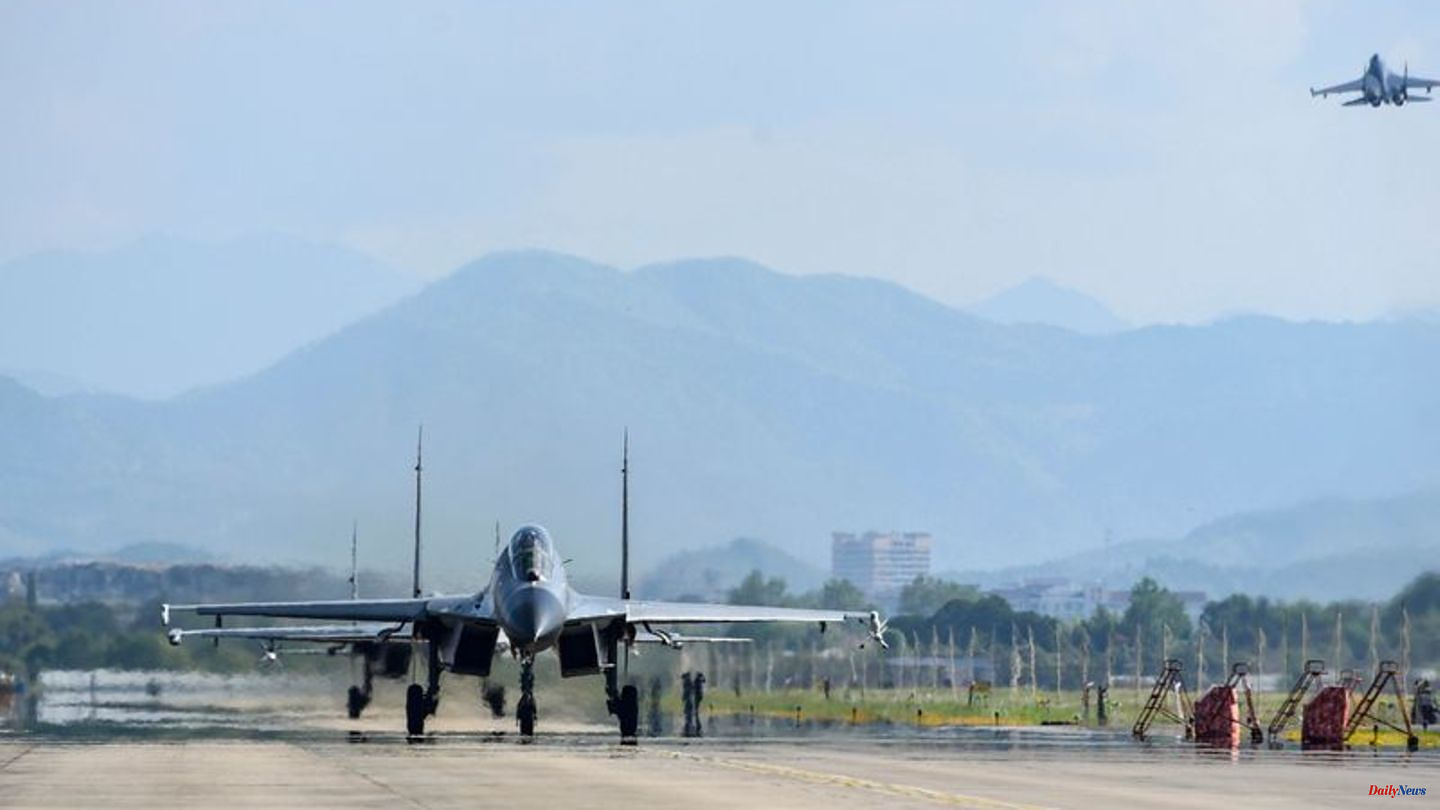 During the maneuvers around Taiwan, the Chinese People's Liberation Army "simulated" an attack on the democratic island state, according to the Taiwanese military.

The US warned that tensions in the Taiwan Strait are affecting the entire region. US Secretary of State Antony Blinken pointed out during a visit to Manila that nearly 90 percent of the world's largest ships transit the 130-kilometer-wide strait that separates the mainland and Taiwan each year.

In response to the offensive drills, Taiwan's military sent planes, radio warnings and mobilized missile defense systems to pursue the Chinese planes, the Defense Ministry in Taipei said. Numerous military machines and warships have operated near Taiwan. Some of them would have crossed the unofficial but mostly respected cross-strait center line.

The day before alone, the People's Liberation Army had sent a "record number" of 68 military aircraft and 13 naval vessels into waters near the island, Taiwan's military reported. Foreign Minister Joseph Wu condemned "this dangerous escalation of the military threat that is destroying peace and stability in the region".

The military exercises aim at a sea and air blockade and serve to prepare for a possible invasion. As a further response, China suspended dialogue with the US on climate protection and through several military channels. Cooperation such as in the fight against crime, drugs and the repatriation of people who have entered the country illegally have been completely eliminated. Additionally, Beijing imposed unspecified sanctions on Pelosi and her immediate family members.

US Secretary of State Blinken criticized the Chinese reaction in Manila as "irresponsible". The exposed military channels are "crucial to prevent communication breakdowns and crises". Cooperation in the fight against crime and drugs also kept people safe in China, the US and beyond. Blinken was particularly critical of the suspension of all climate talks with the United States: "The largest carbon dioxide emitter now refuses to take part in the fight against the climate crisis." This does not punish the USA, but the world and especially developing countries.

At the previous meeting of the Southeast Asian community of states ASEAN in the Cambodian capital Phnom Penh, he informed China's Foreign Minister Wang Yi that an escalation was not in the interests of the USA, Taiwan and the region. "We are keeping our communication channels open with China - with the intention of preventing an escalation through misunderstandings and miscommunication," Blinken emphasized.

During the maneuvers, China also launched 11 ballistic missiles in the direction of Taiwan, one of which reportedly flew directly over Taiwan and not far from the capital Taipei for the first time. Five landed east of Taiwan in nearby Japan's Exclusive Economic Zone (EEZ), which was also taken as a warning to Tokyo to stay out of the conflict.

Taiwan's military said late Friday a second time Chinese drones were spotted near the offshore island of Kinmen, just 10 kilometers from the port city of Xiamen on China's coast. On the Taiwanese island of Matsu, which is also offshore, the army launched flares as a warning when an unidentified flying object was discovered.

1 Nuclear power plants: Federal Environment Ministry... 2 The beluga in the Seine continues not to feed 3 Emergency: No more searching for missing anglers on... 4 USA: in the face of school shootings, train police... 5 Emergencies: Still "enormous danger" at... 6 Accidents: At least eleven dead in a bus accident... 7 Duchess Meghan: Tyler Perry addresses emotional lines... 8 TV ratings: Bundesliga start is ratings champion on... 9 Liebesaus: It has come to an end: Kim Kardashian and... 10 Biographer about Zelenskyj: "He is a very good... 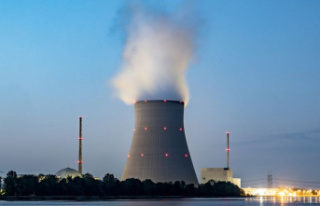