Optimism in Lubmin: Habeck sees a chance to get through the winter well

Liquid gas delivered by ship is to be landed in Lubmin in western Pomerania to replace Russian pipeline gas. 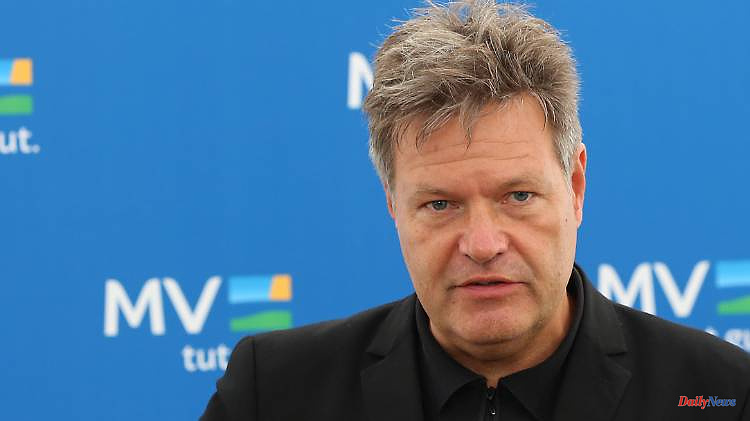 Liquid gas delivered by ship is to be landed in Lubmin in western Pomerania to replace Russian pipeline gas. In addition, the coastal town should also help to overcome the energy crisis. Economics Minister Habeck is already optimistic about this winter.

According to Economics Minister Robert Habeck, Germany has a chance of "getting through the winter well" despite the lack of Russian gas. A chance - the Green politician repeated the word to journalists in Lubmin. Because a lot has to be saved in Germany for this, and you need "a bit of luck with the weather".

But still: According to his own statement, he would not have said it like that a few months ago. To ensure that this opportunity also exists for the following winter, the federal government is relying, among other things, on the import of liquefied natural gas (LNG). LNG is also to land in Lubmin and replace Russian natural gas, which arrived there a few weeks ago via the Nord Stream 1 Baltic Sea pipeline. Today, Monday, Habeck and Mecklenburg-Western Pomerania's Prime Minister Manuela Schwesig met in Lubmin to exchange views on the LNG plans, among other things.

A floating terminal chartered by the federal government is to be fixed about 30 to 40 kilometers off Lubmin in the Baltic Sea and receive LNG from tankers. A pipeline that is yet to be built will take the gas to Lubmin, from where it will be distributed via other pipelines. In the second half of next year, the annual capacity for around five billion cubic meters of natural gas should be available.

At the press event, Habeck and Schwesig also drove past the construction site of a project that was already well advanced. The company Deutsche Regas wants to land LNG here as early as this December. Excavators have already deepened the harbor basin for the floating terminal. In addition, according to Habeck, LNG terminals in Wilhelmshaven and Brunsbüttel are looking good for a start at the turn of the year.

Habeck said the gas storage tank was nearing the 90 percent mark and the price had fallen in recent weeks despite the lack of Russian deliveries. In winter, the gas should be made available from the storage facilities. "But that also means that the storage tanks will be empty again at the end of winter, in this case really empty because we will be using the gas." Then you have to save again quickly. That is why the planned LNG landing in Lubmin is important.

Lubmin is particularly suitable as a meeting point for several gas pipelines, as Schwesig said. This infrastructure would not exist without the Nord Stream 1 pipeline and the Nord Stream 2 pipeline, which never went into operation. She again defended herself for supporting Nord Stream 2 in the past. It was about cheap energy for all of Germany. MV is not to blame for the fact that no energy requirement calculation was made in the past or that other parts of the country were not better connected.

Schwesig said there was no longer a relationship of trust with Russia. You can no longer rely on such a partner. Lower Saxony's Prime Minister Stephan Weil had previously said that in his view gas would never flow from Russia to Germany through Nord Stream 2. Habeck also said he saw "no foreseeable scenario where Nord Stream 2 would play a role in energy security in Germany". If it were put into operation, a strategic dependency on Russia's President Vladimir Putin would be continued.

A demonstrator with a Russian flag, who was standing on a pier in Lubmin at the moment when Habeck and Schwesig drove past the deck of a pleasure boat as part of the appointment, showed that not everyone is so critical of Russia. The federal government also has no plans to gain control of the pipeline in order to use it for the LNG terminal, said Habeck. Theoretically, one could have saved the laying of another pipeline through the Greifswalder Bodden - a protected area.

The construction of this line and the outstanding permits also makes the desired schedule ambitious. According to standards that normally apply, they work here at "the speed of light," said Habeck. Schwesig emphasized that the expansion of the infrastructure is taking place on two tracks. So it should later be used for the more climate-friendly energy carrier hydrogen. In the future, Germany must rely entirely on renewable energies. "Because one thing is very clear: no matter where fossil fuels come from, we are dependent on fossil fuels, always dependent, because we don't have them ourselves."

1 Selenskyj wants to liberate Mariupol: Expert sees... 2 This summer in Europe: 36 percent of flights are delayed... 3 Spain celebrates two Hernangomez: Netflix star towers... 4 Emojis exchanged: activists embarrass Wagner mercenaries... 5 Heating with wood waste: is it worth switching to... 6 Bavaria: State parliament CSU for tougher action against... 7 The day of the war at a glance: Rocket hits near nuclear... 8 Grief and anger in Tehran: Mahsa Amini's death... 9 Breaks the EU alliance against Putin?: When Italy... 10 Complex task: Kristersson is to form the Swedish government 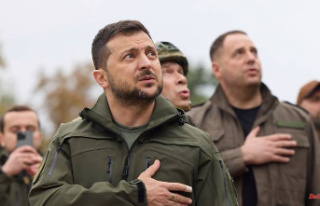