"Roe v. Wade" was valid for almost 50 years: The story of the overturned US abortion verdict

For almost half a century, "Roe v. 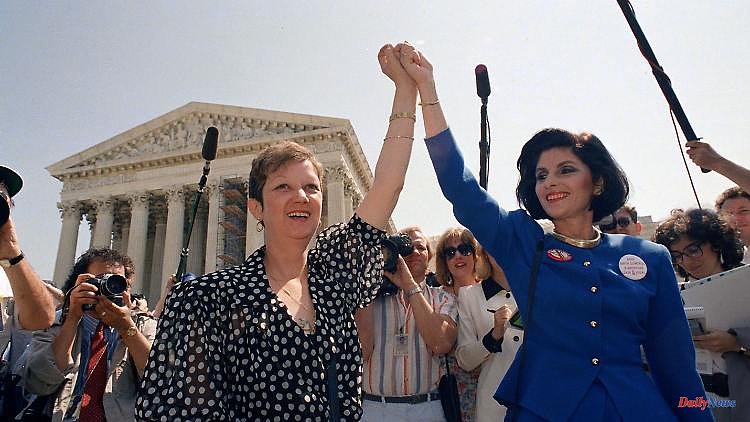 For almost half a century, "Roe v. Wade" has guaranteed abortion rights in the USA. The fundamental verdict has now been overturned, accompanied by violent protests. They already existed in the early 1970s - although at the time it was only about the fate of a single woman.

In 1973, the US Supreme Court established a constitutional right to abortion with its landmark decision "Roe v. Wade". After almost 50 years, the Supreme Court has now overturned this judgment - it is a historic turning point. A look at the history of "Roe v. Wade":

The judgment is named after Jane Roe - a pseudonym for Norma McCorvey, who initially wanted to remain anonymous. The single mother became pregnant for the third time in 1969 and wanted to have an abortion. In the US state of Texas, where McCorvey lived, abortions were illegal at the time. The only exceptions were when the mother's life was in danger.

McCorvey went to court over this in 1970. Specifically, her attorneys, Linda Coffee and Sarah Weddington, are suing Dallas District Attorney Henry Wade. The attorneys argued that Texas law violated the US Constitution. The case eventually ended up in the Supreme Court.

After two hearings, on January 22, 1973, the Supreme Court announced the verdict "Roe v. Wade" (for "Roe versus Wade", "Roe versus Wade", often shortened to "Roe"). By a majority of seven to two judges, the court declared Texas abortion law unconstitutional while legalizing abortion nationwide.

Constitutional Judge Harry Blackmun, who wrote the verdict, justified the decision with a "right to privacy" which he derived from the US Constitution. This right is "broad enough to include a woman's decision as to whether or not to terminate her pregnancy."

However, this right is "not absolute", but is subject to "restrictions", according to the judgment. "At some point, the state's interest in protecting health, medical standards and unborn life prevails." As a guideline, abortions are generally allowed until the fetus is viable outside the womb. This is the case after about 24 weeks of pregnancy.

The constitutional judges already wrote in their verdict that they were aware of how "sensitive and emotional" the issue of abortion was. There are "violent opposing views" and "deep and apparently absolute convictions". In fact, abortion rights in the United States remained one of the most controversial socio-political issues. Conservative politicians and anti-abortion advocates set out to reverse "Roe."

However, the judgment was confirmed in principle by the Supreme Court several times, including the "Planned Parenthood v. Casey" judgment from 1992. Even then, "Roe" was almost overturned, but a conservative constitutional judge ultimately changed sides and supported it contribute to obtaining the landmark judgment.

The legal dispute over an abortion law passed in the state of Mississippi in 2018, which prohibits abortions after the 15th week, has now ended for "Roe": It is in this case that the Supreme Court overturned the almost 50-year-old landmark ruling.

The eventful life of Norma McCorvey

Although McCorvey enforced a fundamental right to abortion with her lawsuit, she gave birth to her child during the legal dispute at the time and then gave it up for adoption. After the verdict was announced, she made her identity public, later worked in an abortion clinic and gave speeches at events for supporters of abortion rights.

In the 1990s she made a spectacular about-face: she joined Christian groups and spoke out against abortion. Shortly before her death in 2017, she said in an interview that her alleged change of heart was actually for financial reasons - she was paid by anti-abortionists. "I took their money and they put me in front of the camera and told me what to say. And then I said that." 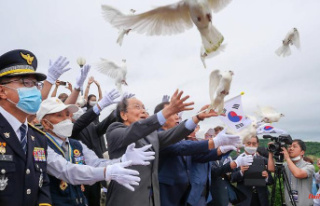 Powder Keg in the Far East: The Korean War and Its...