Russia's poverty army: "Youth from Moscow are not allowed to die"

It is estimated that more than 100,000 soldiers are fighting for Russia in Ukraine. 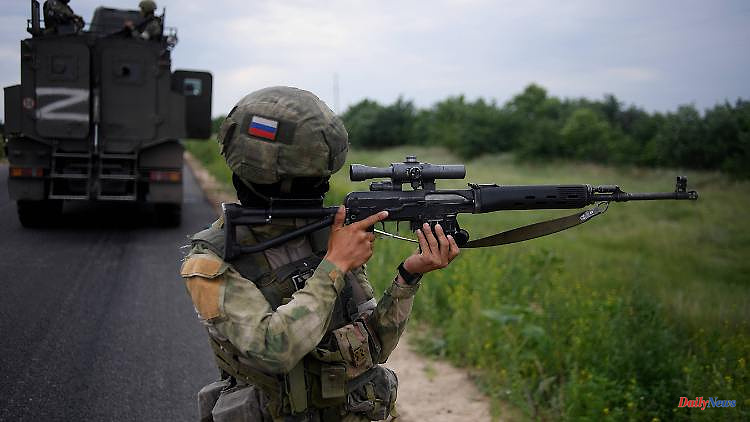 It is estimated that more than 100,000 soldiers are fighting for Russia in Ukraine. Most of them are young and poor. Many belong to ethnic minorities. Soldiers from Moscow and St. Petersburg are underrepresented. "You don't let them die on the battlefields," says a military expert. Who is Putin sending to war?

Western secret services and military observers assume that at least 15,000 Russian soldiers were killed in the Ukraine war. The independent Russian news portal "Mediazona" has so far unequivocally identified 5,185 dead. The list provides clues as to how and where Russia recruits its soldiers.

Russia is focusing on more remote or poorer regions of the country: Dagestan and Buryatia instead of Moscow and St. Petersburg. "The youth of wealthy parents from Moscow and St. Petersburg who are linked to the state, they are not allowed to die on the battlefields. They are taken who, from the Russian point of view, are basically auxiliary peoples," says Joachim Weber, Security and Russia -Expert from the University of Bonn, in the ntv podcast "Learned something again".

The Mediazona media portal, founded in 2014 by Pussy Riot activists, has broken down exactly where the killed Russian soldiers came from. In the Ukraine war, journalists try to gather from public sources how many fallen soldiers can be identified beyond doubt. A casualty only enters the statistics when his death is confirmed by public sources.

The most recent casualty numbers are up to the end of July. By then, 5,185 Russian soldiers had been killed in Ukraine. Journalists were able to find out the age of most of the dead. More than half are younger than 30 years old. "These numbers do not reflect the actual death toll as we can only verify publicly available reports - including social media posts from loved ones, reports in local media and statements by local authorities," Mediazona said.

257 of the identified Russian war dead are from the Republic of Dagestan in the Caucasus. The Muslim republic between Georgia and the Caspian Sea is impoverished. Russians make up just three percent of the three million inhabitants here.

The second most fallen soldiers - 223 - come from Buryatia, an area in Siberia, north of Mongolia. A third of the roughly one million inhabitants of the autonomous republic belong to the Buryat ethnic minority.

An above-average number of the dead also come from the Krasnodar region in the foothills of the Caucasus. Volgograd and Orenburg in southern Russia also have many victims to mourn. Likewise Bashkortostan in the Urals. The Bashkir and Tatar minorities together make up almost 60 percent of the population here. Just over a third of the residents are Russians.

"The demographic situation, the pronounced attitude towards military service, the large number of military units in these regions, the low wages and the unemployment rate all contribute to the fact that the army is attractive to young men," analyzes "Mediazona".

According to Weber, a Russia expert, sums of up to 3,500 euros a month are now being quoted as pay. "That's five times what you normally earn in Russia. The issue of honor also plays a big role in these villages. You hear about the Tsar and the great Joseph Stalin, about the heroic and glorious Patriotic War and similar things," he says Scientist. Some families would be baited, then put pressure on their children. "Then they say: Come on, you're going voluntarily. That's how this system works. And as a result, the Bashkirs get the coffins back by the hundreds."

The poor regions suffer the most from the war that Russia is waging in Ukraine. The average citizen of Dagestan earns the equivalent of a little less than 400 euros per month. In Buryatia, Bashkortostan, Volgograd and Orenburg it is similar, in Krasnodar it is just over 500 euros.

It is not surprising that the majority of Russian soldiers come from poorer parts of the country. Despite all the volunteer battalions, most Russian fighters in Ukraine are still professional soldiers. The job offers a secure income. According to the Washington Post, Russians earn the equivalent of around €1,100 a month in the military - more than four times the minimum wage, which is €250.

Joining the military is particularly tempting for young men - if they don't come from Moscow. In the Russian capital, the average income is around 1000 euros per month. This is the third highest value of all 85 Russian regions. As a young Muscovite in the army? It's usually not worth it.

A look at the statistics confirms this assumption. Only eleven of the unequivocally identified dead in Ukraine come from the Russian capital. Only 5 of the 85 "Federation Subjects" have fewer casualties. So far, 35 soldiers have been killed in St. Petersburg, Russia's second largest city. Comparatively low numbers considering that the two metropolises together have a combined population of around 16.5 million. That corresponds to more than eleven percent of the Russian population. 46 dead soldiers out of a total of 5185 are less than one percent of the dead.

In 1973, conscription was abolished in the United States. Since then there has been talk of the "Poverty Draft". This means that young people in particular from poorer regions of the USA are drawn to the military. In the southern states - from Virginia to Texas - there are two to three times as many recruits as in other regions. The army lures with a secure income and the payment of tuition fees. Veterans receive generous college grants for up to ten years after their military service. Specifically, this means that for young people who cannot afford college, the "US Army" is often the only option.

Putin's model soldier currently looks like this: male, young, poor, no relation to Ukraine. Ideally also part of an ethnic minority. This applies to a particularly large number of people in Dagestan, Buryatia and Bashkortostan.

There is probably another reason why Russia primarily deploys young people from poorer regions far away from the Russian-Ukrainian border: President Putin wants to keep the war as far as possible away from comparatively liberal melting pots like Moscow and St. Petersburg, in which large public protests are not likely, but cannot be ruled out either. Life in the metropolises should continue as normal as possible. That is why there is still talk of a "special military operation" rather than a war.

From a Russian perspective, it makes sense to deploy soldiers who come from families that have as little contact with Ukraine as possible, says expert Weber in the podcast. "These people have no idea what they're talking about when they talk about Ukraine. They never got out of their villages in eastern Siberia in their lives. There's Russian television, if there is any, and that's about it. Otherwise there's primitive farming, snow and ice, and a few warm months in the summer." 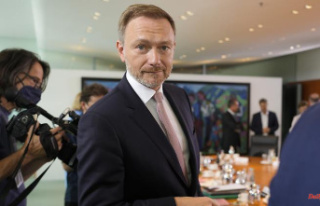