The day of the war at a glance: Selenskyj fires the head of the secret service - Medvedev clamors against NATO

Ivan Bakanov's days as head of the Ukrainian secret service SBU are numbered. 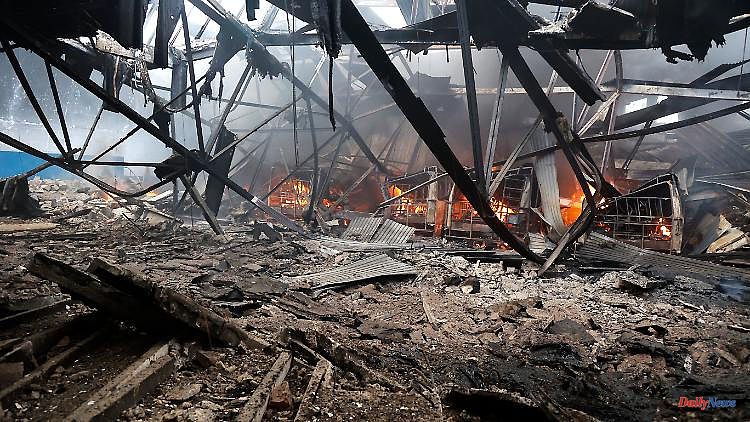 Ivan Bakanov's days as head of the Ukrainian secret service SBU are numbered. President Zelenskyj recalls him. Meanwhile, the deputy chief of the Russian Security Council, Medvedev, is rattling his sabers again. At a veterans' meeting, he declares NATO and Ukraine threats to Russia. The British army chief warns against underestimating the loyalty of the Kremlin leadership to President Putin. Fighting for Sloviansk continues in the Donbass. The Russian military claims to have destroyed HIMARS multiple rocket launchers. In Berlin, the FDP defense politician Strack-Zimmermann called on Chancellor Scholz in an open letter to convene a "national Ukraine conference". The 143rd day of the war at a glance.

Ukrainian President Volodymyr Zelenskyy has fired two key figures in his security services. In a decree he dismissed the head of the SBU secret service, Ivan Bakanov. According to the decrees published by the Presidential Office in Kyiv, Prosecutor General Iryna Venediktova was also dismissed. Oleksij Simonenko is to take over her position. Reasons were not given in the short documents. A successor for the post of secret service chief was not initially named.

Bakanov is a close companion of Zelenskyj from his days as a television comedian, he has headed the secret service since 2019. Ukraine has been fighting the Russian war of aggression since February. Selenskyj has made almost no personnel changes during this time.

NATO and Ukraine remain a permanent threat to Russia, according to Deputy Head of the Russian Security Council Dmitry Medvedev. As long as NATO and Ukraine do not recognize Crimea, which was annexed in 2014, as part of Russia, the country is at risk, the former president said at a meeting with veterans in Volgograd (formerly Stalingrad). If Ukraine tries to recapture the peninsula, the "Last Judgment" will immediately fall on all Ukrainians, "very quickly and severely," Medvedev threatened.

"If any other state, be it Ukraine or be it NATO states, believes that Crimea is not Russian, then for us it is a systematic threat," he said. Kremlin chief Vladimir Putin also justified the war against Ukraine that began on February 24. Medvedev said that NATO countries had nuclear weapons aimed at Russia. If "a crazy nationalist or some weak executive figure" is again at the helm of Ukraine, there is a risk that the conflict will escalate.

According to British Chief of Staff Tony Radakin, speculation about Russian President Vladimir Putin's poor health is wishful thinking. "Some of the comments that he's not well or that someone will surely kill him or take him out I think are wishful thinking," Radakin told the BBC.

As professional military men, he and his colleagues see "a relatively stable regime in Russia." The Kremlin boss managed to "suppress any opposition," said Radakin. "No one at the top has the motivation to challenge President Putin." Speaking about the war, the chief of staff said Russia's ground forces may now pose less of a threat after setbacks in Ukraine. According to him, 50,000 Russian soldiers have already been killed or wounded in the war. In addition, Moscow has lost almost 1,700 tanks and around 4,000 armored vehicles. But Russia is "still a nuclear power," Radakin said.

According to their own statements, the Ukrainian armed forces successfully repelled attacks from the Russian side in the Sloviansk region in the eastern region of Donetsk. The general staff in Kyiv announced that there had been massive artillery shelling on military and civilian infrastructure in various towns. The enemy, however, had no success, recorded many losses and withdrew again after resistance from the Ukrainian side. According to the Russian military, the attacks destroyed numerous weapons supplied by the United States and other NATO countries. A Harpoon missile depot was destroyed in Odessa on the Black Sea, and a US-supplied HIMARS multiple rocket launcher was destroyed in the Donetsk region, according to Russian Defense Ministry spokesman Igor Konashenkov. However, experts point out that the HIMARS systems are difficult to locate and destroy.

The chairwoman of the Defense Committee, Marie-Agnes Strack-Zimmermann, has called on Chancellor Olaf Scholz to convene a "national Ukraine conference" as soon as possible. It is urgently necessary to put the cards on the table and clarify what Germany is currently doing and what the Bundeswehr, industry and politics are still capable of in the coming weeks, according to a letter from the FDP politician to the Chancellor . The FDP politician is calling for a meeting at which representatives from politics and the Federal Chancellery, the armaments industry, the trade unions and the Bundeswehr sit around a table and coordinate further steps. "The aim should be to get an orderly overview in order to initiate the next steps in a targeted, amicable and joint manner," says the letter.

The General Staff of the Ukrainian Armed Forces reported that 38,300 Russian soldiers had died since the war began. In addition, 1,684 tanks and 3,879 armored personnel carriers were destroyed. The information cannot be independently verified. According to British Chief of Staff Radakin, 50,000 Moscow soldiers have been killed or wounded so far. Overall, Russian forces have lost 30 percent of their land combat effectiveness, Radakin told the BBC.

Chancellor Olaf Scholz advocates a stronger and "geopolitical European Union" as a consequence of the Russian war of aggression. In a guest article for the "Frankfurter Allgemeine Zeitung", the SPD politician writes that the EU must close its ranks in all areas in which it has previously disagreed: "In migration policy, for example, in the development of a European defence, in technological sovereignty and democratic resilience". He announced concrete proposals from the federal government "in the next few months".

Liza killed by Russian rocket buriedFour-year-old Liza, who was killed in a Russian rocket attack in Vinnytsia, has been buried in the presence of family members. Liza, who has Down syndrome, was on her way to see a speech therapist with her mother when Russian missiles fell far from the front lines in the town of Vinnytsia on Thursday. At least 24 people were killed, including Liza and two boys, aged seven and eight. More than 200 were injured, including Liza's mother. After the missile attack, photos went viral showing Liza's lifeless body on the ground next to her bloodied pram. 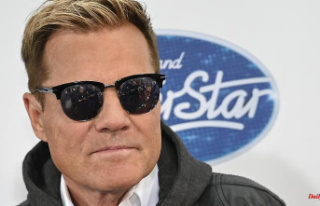