The night of the war at a glance: Scholz on the way to Kyiv - bitter fighting for Luhansk

It has not yet been officially confirmed, but according to media reports, Chancellor Scholz is on the train to Ukraine, together with French President Emmanuel Macron and Italy's Prime Minister Mario Draghi. 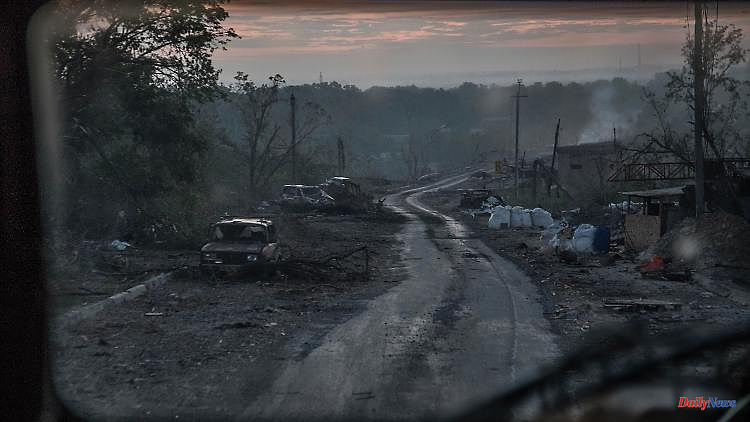 It has not yet been officially confirmed, but according to media reports, Chancellor Scholz is on the train to Ukraine, together with French President Emmanuel Macron and Italy's Prime Minister Mario Draghi. Meanwhile, Ukrainian President Volodymyr Zelenskyy wants to represent the interests of his war-torn country at the G7 and NATO summits at the end of June. Zelenskyy said on Twitter that he gratefully accepted the invitations to the top meetings. The military situation - especially in eastern Ukraine - remains extremely tense. "The fierce battle for the Luhansk region continues," said the Ukrainian supreme commander, Valeriy Zalushnyi. The Russian troops attacked there from nine directions at the same time, he wrote on Facebook.

Photo of Scholz on the train

Chancellor Scholz, French President Macron and Italy's Prime Minister Draghi are on their way to Kyiv. This is reported by the Italian newspaper "La Repubblica". The newspaper published a photo of the SPD politician together with Draghi and the French head of state in the compartment of a special train. As with other visits to Kyiv under wartime conditions, this trip is not expected to be officially confirmed until the three politicians have safely arrived.

Many international contacts of Ukraine

In the evening, Ukrainian President Selenskyj also listed numerous international contacts from Wednesday: telephone calls with US President Joe Biden and British Prime Minister Boris Johnson, a meeting with the heads of government from Albania and Montenegro, Edi Rama and Dritan Abazovic.

Invitation to G7 and NATO summit

Selenskyj also said in his video that Scholz had invited him to the group of seven leading western industrial nations. The invitation to join NATO came from Secretary General Jens Stoltenberg. The G7 meeting is scheduled to take place June 26-28 at the luxury alpine hotel Schloss Elmau in Bavaria. In addition to the USA and Germany, the G7 also includes Japan, Great Britain, France, Italy and Canada, and the EU is also represented at all meetings.

Immediately afterwards, the NATO summit will begin in the Spanish capital of Madrid, which will focus primarily on strengthening the eastern flank against Russia. Stoltenberg said when asked whether Zelenskyj would come to Madrid: "He is welcome to come in person. If that is not possible for him, he will speak to us via video conference."

Fierce fighting for the Luhansk region

"The enemy is using aircraft, multiple rocket launchers and artillery to drive our troops away," Zalushny, the supreme commander, wrote of the fighting in the east. The key to the Ukrainian defense operation is the city of Sieverodonetsk, which has been fought over for days. The city, which is the seat of the Ukrainian administration in the Luhansk region, is already largely in Russian hands. For Ukraine, abandoning the city would be a significant, symbolic defeat. For Russia, in turn, the complete conquest of the Luhansk region is an important war goal.

After a phone call with Zelenskyy, Biden announced another $1 billion in arms deliveries. The US also provided an additional US$225 million in humanitarian assistance to the country. Federal Defense Minister Christine Lambrecht promised to supply three Mars II multiple rocket launchers. However, this is one system less than expected. At the beginning of June, on the fringes of a general debate in the Bundestag, government circles said that Germany would deliver four multiple rocket launchers.

Even less gas for Germany

Meanwhile, the Russian energy group Gazprom has again reduced the gas delivery volumes through the Baltic Sea pipeline Nord Stream 1 to Germany. Gazprom announced that from night on, only a maximum of 67 million cubic meters would be pumped through the pipeline every day. The state-owned company once again justified this step with delays in repair work. Gazprom had already announced on Tuesday that the daily volume would be reduced by around 40 percent from 167 million to 100 million cubic meters of gas per day and pointed to delays in the repair of gas compressors.

According to Federal Minister of Economics Robert Habeck, Russia wants to cause unrest with the delivery cuts. "The reason given by the Russian side is simply pretended. It is obviously the strategy to create uncertainty and drive up prices," said the Green politician. The quantities could currently be procured on the market, albeit at high prices. It is currently still being saved: "The security of supply is guaranteed." At the same time, the minister called on the population and companies to save energy.

You can read all other developments of the day in our live ticker on the Ukraine war. 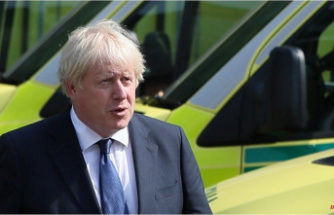 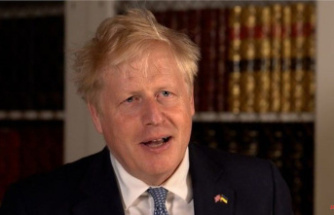 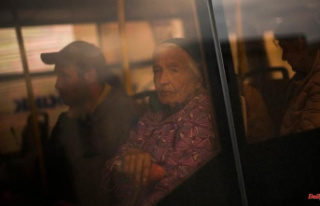