"We have already lost too many people to give up our territory just like that," says Ukrainian President Zelenskyy. 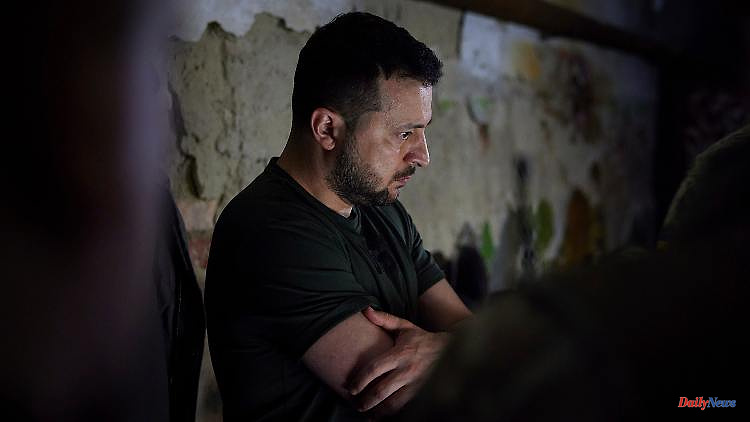 "We have already lost too many people to give up our territory just like that," says Ukrainian President Zelenskyy. That is why Kyiv will neither cede territory to the Russian invader nor give up the fight against him. Meanwhile, fighting continues in Sievjerodonetsk.

Ukrainian President Volodymyr Zelenskyy continues to believe that an end to the war Russia is waging against his country is only possible on the "battlefield". "Above all, victory must be on the battlefield," said the 44-year-old in an interview with the Financial Times. However, Ukraine still lacks the technology to attack. Without additional equipment, it would be difficult for Kyiv, the losses would be great.

"People have priority for me," emphasized the President. The West must continue to have an interest in Ukraine's sovereignty. "There can be no talks without Ukraine behind our backs." Ukraine will not become more willing to talk because of a lack of money, fuel or because of the destroyed infrastructure. "We have already lost too many people to simply give up our territory," stressed the head of state. Moscow is demanding that Kyiv cede territory to end the war.

So far, nothing is forcing Russia to end the war. Kyiv is grateful for the Western sanctions against Moscow. "They are not influencing Russia today (as we would like) because they are not in full force," said Zelenskyy. Europeans should not fear a total boycott of Russian gas and oil. At the same time, he admitted that Russia has already had some success in circumventing the sanctions.

Ukraine has been defending itself against a Russian attack since late February. The United Nations has so far registered more than 4,200 civilian deaths, but assumes the number of civilian casualties to be far higher.

Meanwhile, in bitter street fighting, Ukrainian soldiers and Russian troops continue to fight for control of the eastern Ukrainian city of Sieverodonetsk. Russian Defense Minister Sergei Shoigu said in Moscow that the Russian armed forces had full control of the city's residential areas. The Russian army is still trying to gain control of the industrial zone and the surrounding settlements, Shoigu added.

Sieverodonetsk Mayor Oleksandr Striuk previously said the situation in the city is changing "every hour, but at the same time we have enough soldiers and resources to repel the attacks." "We have hope, we have faith in our armed forces, no one will give up Seyerodonetsk," added Striuk. Sieverodonetsk is the last major city in the Luhansk region that Russia has not yet conquered. Moscow's declared goal is to take over the entire Donbass region, which also includes the Donetsk region. Parts of the Donbass have been controlled by pro-Russian separatists since 2014.

Meanwhile, the separatists confirmed the death of a Russian general in Ukraine. In the online service Telegram, the separatist leader for the Donetsk region Denis Pushilin sent condolences to the relatives and friends of General Roman Kutuzov. This "showed an example of how to serve the homeland". Kutuzov's death was reported by a Russian journalist on Sunday, but has not yet been officially confirmed. The death of the Russian general follows the deaths of a string of senior Russian military commanders since the Russian offensive in Ukraine began in late February. Their exact number is not known, Moscow does not provide any information.

According to Russian Defense Minister Shoigu, the port of Mariupol has been cleared of mines. Operations are running normally and the first cargo ships could arrive, said Shoigu. He also stated that since the beginning of the Russian offensive, 6,589 Ukrainian soldiers have surrendered to Russian troops.

1 Drome. Mobilization for Valencia emergencies: "We... 2 Exit from the "Bratwurst booth": Authors... 3 The Council of State requests that the Nupes be considered... 4 Echirolles. Resistance: The City against the transfer... 5 The big crawl: Green roofs surprise with biodiversity 6 From 2024, the European Union will impose a single... 7 Bavaria: dead after fire found in apartment building 8 Soccer / Nations League. The women's jersey will... 9 After legal tug of war: Fiji hands over Russian yacht... 10 Val de Marne. In Vincennes, a building is partially... 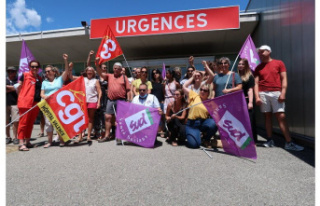 Drome. Mobilization for Valencia emergencies: "We...