Ryan Giggs is a big star at Manchester United as a player, and later takes charge of his native Wales as national coach. 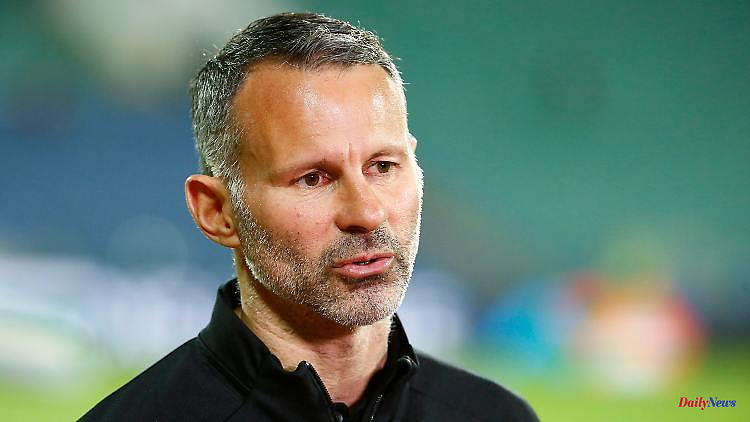 Ryan Giggs is a big star at Manchester United as a player, and later takes charge of his native Wales as national coach. But he hasn't been on the sidelines since the end of 2020 because there are serious allegations against the former Champions League winner. Now the separation is official.

A good two weeks after qualifying for the World Cup, Ryan Giggs, who has faced allegations of domestic violence, has resigned as Wales manager. This was confirmed by the national association. They thank Ryan Giggs for his tenure as coach of the men's national team and appreciate his decision "which is in the best interests of Welsh football," the website said.

Giggs had been out of office since November 2020 after being arrested on allegations of domestic violence. The 48-year-old former Manchester United professional is said to have controlled and attacked his former partner.

"After careful consideration, I resign from my position as manager of the Wales men's national team with immediate effect," Giggs said in a statement, quoted by British media. "The entire focus of the association, the players and the coaching team should be on preparing for the tournament - without speculation about the coach".

The former professional, who denies the allegations against him, is due to appear in court in early August. Commenting on his upcoming court hearing, Giggs said in a statement: "As is well known, I have pleaded not guilty to the criminal charges being brought before Manchester Crown Court. I have faith in our courts, but I do had hoped that the case would be tried sooner so that I could resume my managerial duties. No one is to blame for the delay in the process."

Giggs, who has been national coach since 2018, was represented by Robert Page during his absence at last year's European Championships. Under his leadership, Wales qualified for a World Cup for the first time since 1958 by beating Ukraine 1-0 in the playoff final. "The full attention of the federation and the men's national team is on the World Cup in Qatar later this year," the federation wrote. In the championship from 21 November to 18 December, Wales will play in Group B against England, USA and Iran.

1 13-year wait is over: Anna Elendt ensures a sensational... 2 Heart attack ten years ago: The gift of life from... 3 With "diligence" to the "great game!":... 4 Concern for mass sport: DFB boss urgently warns of... 5 Praise from Ferrari and Mercedes: Schumacher celebrates... 6 Trial for fraud: Platini sees conspiracy in favor... 7 Press comments on the "Leclerc show": "A... 8 Fitzpatrick wins a golf thriller: A perfect shot at... 9 World Cup hero back in the Bundesliga: With Götze,... 10 Four titles and too many records: How Steph Curry... 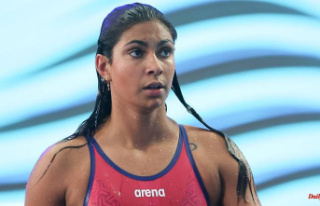 13-year wait is over: Anna Elendt ensures a sensational...