Dispute with Kovac in Wolfsburg: is Max Kruse still escaping from the Bundesliga?

For the first time this season Max Kruse played for VfL Wolfsburg in the away game in Leipzig. 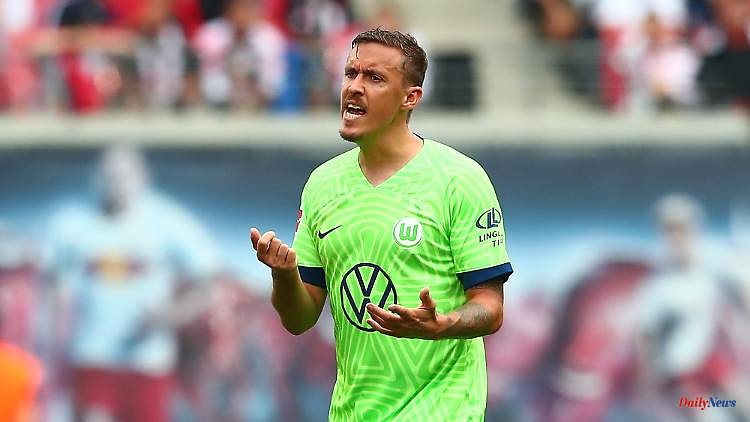 For the first time this season Max Kruse played for VfL Wolfsburg in the away game in Leipzig. Nevertheless, the signs point to farewell. The differences between the eccentric footballer and coach Niko Kovac seem too irreconcilable.

Whether Max Kruse can be seen again in the Bundesliga is one of the most exciting questions in the final sprint of this transfer summer. The current trend is, no, it won't. Because what he said last weekend about his future at VfL Wolfsburg on Sky gave a deep insight. "We'll see" - this is how he concluded his answer to the big question. The 34-year-old experienced the 0: 2 of his winless wolves at RB Leipzig over 95 minutes on the pitch - a rare event this season.

Managing Director Jörg Schmadtke recently got involved in the tough, public dispute between Kruse and coach Niko Kovac. The background is Kruse's dissatisfaction, who had publicly wished for more playing time after three league games as a reservist. He understands that a player is dissatisfied, said Schmadtke. But that doesn't have to be commented on every day. There was a "huge Bohei around it". The confusion about the migratory and bird of paradise is great - once again. Because nobody really knows how the free spirit - always authentic, but also eccentric - will continue.

Whether he was satisfied with the outcome of the three-way conversation, he did not want to "publicly reveal," said Kruse smugly - and enjoyed the great freedom of interpretation. It doesn't take much imagination to imagine that Kruse's sixth Bundesliga professional position could end this week after only eight months; the summer transfer window closes on September 1st.

Schmadtke's assessment ("I'm assuming he'll still be there on Thursday") could be outdated more quickly than the second half of the season, in which Kruse scored seven times for VfL after moving from Union Berlin. Unlike his managing director, Kovac avoided a confession. "It will always go in one direction, how that is interpreted," he said of Kruse's statements: "It is clear to me that we have spoken."

Eye, sense of space, accuracy of pass are the top qualities of the midfielder, which are definitely not enough for his new coach. A dilemma for everyone involved. Especially since Kruse still sees himself in the prime of footballing age and "wants to be on the pitch, like probably every other footballer too". But the former national player at the Mittelland Canal is no more than a part-time employee with the highest pay.

The eccentric Kruse had "worked out" his possible farewell performance against Leipzig through the long-missed training diligence. "If the performance is right, there are no problems at all," said discipline fanatic Kovac. According to the coach, experienced players who claim to be leaders should lead by example. Kruse in the starting eleven, a model with a future? Saying goodbye somehow seems more likely than staying. The American MLS could be the goal.

Because it's no secret that Kruse, whose son Lauro Maxim lives in Miami, is moving to the USA. And there, Lutz Pfannenstiel is convinced that his style of playing would be well received by the audience. "Max can become one of the superstars in the USA," said the German sports director of the MLS club St. Louis City SC of the "Wolfsburger Allgemeine Zeitung".

Kruse will continue to be the dominant issue until the end of the transfer period in the middle of the week. VfL has completely different concerns. Because sporty things are not going well under Kovac, against Leipzig the Lower Saxony remained without their own goal for the third time in a row. "It's just sobering. We lost again, created few chances to score again and missed everything that we actually want to stand for," Kruse analyzed. "That was just not enough from A to Z." 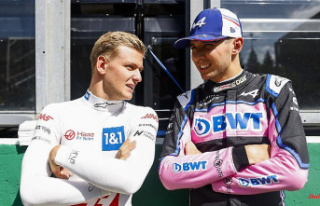