Uli Hoeneß can't do much with Toni Kroos, others join in the talk about "Querpass-Toni". 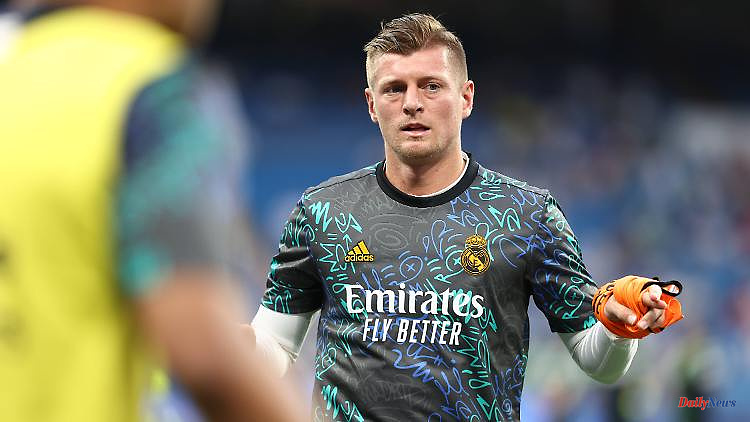 Uli Hoeneß can't do much with Toni Kroos, others join in the talk about "Querpass-Toni". But not only the praise of his colleagues at Real Madrid, his successes also speak for him: In the Champions League final he was able to wrest a record from Cristiano Ronaldo.

Toni Kroos has long since stopped talking about "Querpass-Toni". The diligent title collector has finally let his actions speak for long enough at Real Madrid, perhaps his greatest could follow on Saturday: In the final against Liverpool FC, the 32-year-old can win the Champions League for the fifth time - a result that so far only Cristiano Ronaldo can show. Not a bad record for someone who is still divided in Germany.

"Better controversial in Germany and worldwide recognition than the other way around," Kroos once said about his image at home. Although he has had a regular place at Real for eight years, has played more than 300 games for the royals and is now in Paris (9 p.m. / ZDF, DAZN and in the ntv.de live ticker) for the sixth time in the premier class final, Kroos is in Germany often as a pure "ball pusher".

Uli Hoeneß fueled this image when he declared a year ago that Kroos “no longer fits into football with his cross pass game”. But it's not that easy. Just one example: on the penultimate day of the league against Cadiz, Kroos successfully completed all of his 17 long (!) passes. The last time there were so many "perfect" distance balls in a Primera Division game was in November 2019 - also by Toni Kroos.

The long diagonal ball over 40, 50 meters into the foot of a teammate is Kroos' trademark. The upcoming opponent Liverpool was also able to admire one of these up close: In April 2021 it was Kroos who initiated the 3-1 victory in the Champions League quarter-finals with a dream pass to Vinicius, once again Real was the last stop for Liverpool. The Spaniards had already won the 2018 final against the Reds 3-1 - with Kroos in the starting XI.

No wonder the German is undisputed within the team. "Real Madrid's game always follows Toni Kroos' rhythm. If Toni wants us to play slower, we do it. If he wants a faster game, we follow him," said his partner Casemiro in the "Kroos" documentary.

Like Kroos, Casemiro can lift the pot for the fifth time on Saturday - but Cristiano Ronaldo's Champions League record only plays a minor role for both of them. "For me it's less about how many titles it is for me personally. It's about rewarding ourselves as a team for this season," said midfielder Kroos, already known as "Kronaldo" by Madrid fans.

And if someone points to the many cross passes again, Toni Kroos can still rely on his brother. "Counted cross passes? I dropped out at 97," tweeted a user in May 2021 after the semi-final second leg between Chelsea and Real (2-0) in the direction of Felix Kroos. He answered coolly: "I can't count that far. That's why I only counted the four CL titles." Number five could follow on Saturday. 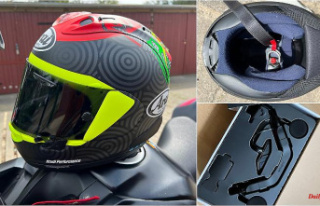