Shortly after the European Championships, Ann-Katrin Berger received terrible news: the cancer was back. 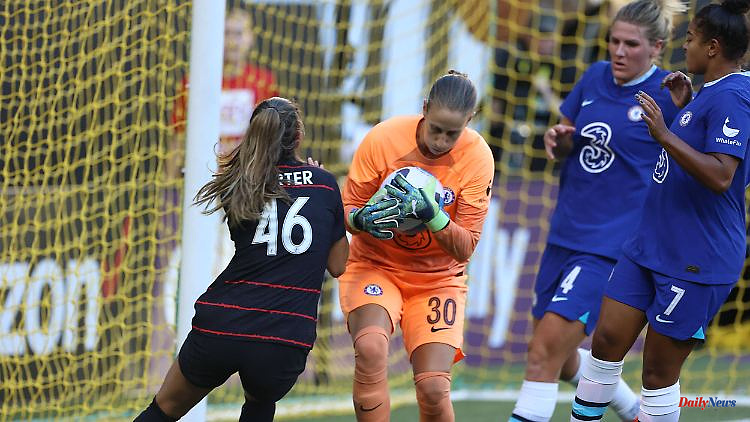 Shortly after the European Championships, Ann-Katrin Berger received terrible news: the cancer was back. After only five weeks, however, the German national goalkeeper is back on the pitch. With her performance, she secured victory for Chelsea FC. Your trainer is delighted. "She's a soldier," she says.

National goalkeeper Ann-Katrin Berger has returned to the soccer field with strong saves and a win after being diagnosed with cancer again. "I'm happy to be back home in Kingsmeadow with all our fans. Thank you for the great support. Bring on the rest of the season," wrote the 31-year-old from Chelsea after the 2-0 (1-0) win. -Win against Manchester City on Sunday night on Instagram.

In front of 4,500 spectators in the sold-out stadium, Berger prevented her team from falling behind, primarily through her performance in the first half. Her performance was widely praised. The US sports broadcaster ESPN rated her comeback with a strong 7 out of 10 possible points. "She's a soldier. She fought back. And she didn't concede a goal, the team needed that," Chelsea manager Emma Hayes told Chelsea TV.

After a 2-1 draw at Liverpool at the start of the new season in the English professional league WSL, Chelsea were already under a lot of pressure and were able to avert a major crisis by beating Manchester City.

Berger, number three in the German selection behind Merle Frohms and Almuth Schult, announced five weeks ago that she had to undergo cancer treatment again. "Unfortunately, after four years without cancer, a recurrence in my thyroid was discovered," Berger said.

She was first diagnosed with an aggressive form of thyroid cancer in 2017 while playing for Birmingham City. After an operation the following month, she was back on the pitch in early 2018.

1 After the attack on ex-DFL boss: Hoeneß declares... 2 Escape to Panama: Father wanted to "protect"... 3 A piece of criminal history: When E 605 became "mother-in-law... 4 Streaming continues to gain ground: Almost all Germans... 5 Reconciliation may be near: Did Charles III. and Harry... 6 Second child for reality stars: Angelina and Sebastian... 7 First appearance in the "Besetzereck": The... 8 Saxony: New Corona Protection Ordinance for Saxony... 9 Bavaria: drivers rescue injured dog from Autobahn 10 Mecklenburg-Western Pomerania: the doctor has to pay... 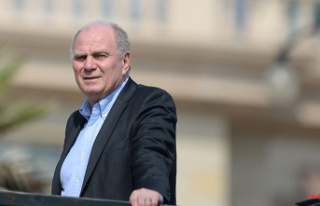 After the attack on ex-DFL boss: Hoeneß declares...