Uli Hoeneß and Hans-Joachim Watzke are at odds about how the 50 1 rule should be used. 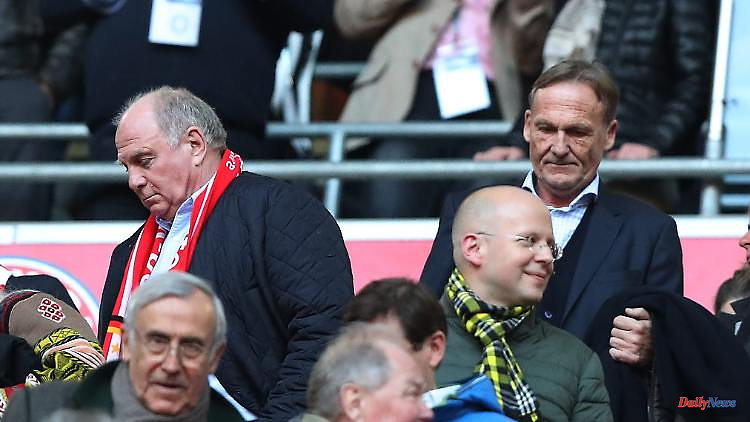 Uli Hoeneß and Hans-Joachim Watzke are at odds about how the 50 1 rule should be used. DFL supervisory board chairman Watzke, also managing director of Borussia Dortmund, excludes any discussion about the rule falling. He dismisses the old competitor Hoeneß.

As head of the DFL, Hans-Joachim Watzke has once again rejected repeated calls for the 50-1 rule to be abolished. It was "no longer necessary to discuss 50 1," said the 63-year-old from "Bild am Sonntag": "Because there will be no change in Germany under my responsibility as DFL supervisory board chairman in the next few years. That is 100% safe."

Watzke, also managing director at Borussia Dortmund, reacted to a push by Uli Hoeneß, among other things. The honorary president of Bayern Munich had recently warned that the Bundesliga - with the exception of his club - would lose touch internationally under 50 1. Watzke described allegations that no success was possible with 50 1 as "the greatest nonsense". In the Bundesliga, for example, many clubs "have done a great job with their opportunities. On the other hand, there are a number of international investor clubs that have not yet won the Champions League despite inexhaustible sources of money."

"The fascinating thing about Uli Hoeneß' argument is that he suggests something to other clubs, but then explicitly excludes FC Bayern - this time in relation to giving up 50 1," said Watzke, whose opinion was "different": "Not just Frankfurt Success in the Europa League proves me right, but also the Champions League, which Real Madrid won - a crystal-clear 50-1 club in which the president is even elected by the members."

Meanwhile, Watzke sees the international reputation of the Bundesliga strengthened by the transfers of Sadio Mané and Mario Götze. "The Bundesliga has to get stars like Mané and Götze, but also create stars themselves," said Watzke of "Bild am Sonntag", also with a view to the internationally sought-after Englishman Jude Bellingham from BVB. "As a member of the board of Europe's club association ECA, I know that German football still has a good reputation."

As the head of the supervisory board of the German Football League, he congratulated the people of Munich on signing star striker Mané, "because like Götze, he's good for the Bundesliga." Götze moves to Europa League winner Eintracht Frankfurt. "Mario still has a big name, you could see that from the huge media response to his move," said Watzke of the former BVB and Bayern professional. 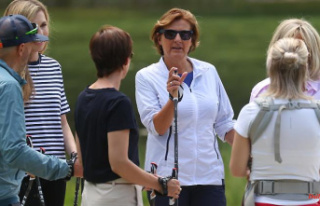 G7 summit with women's program: For the wives...