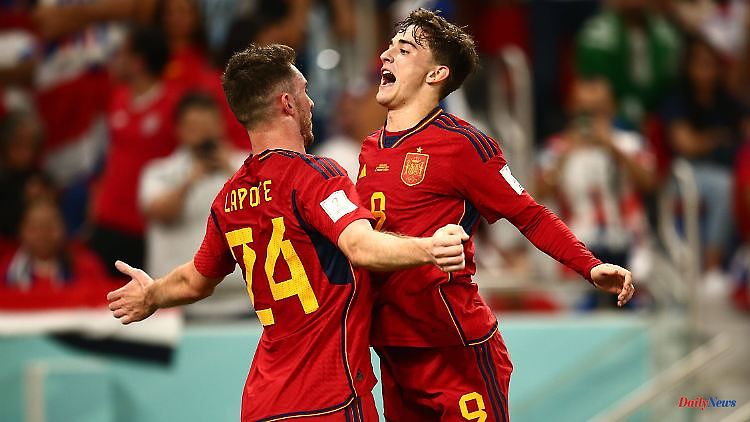 This Tor Fiesta spreads terror. Germany's next opponents are in brilliant World Cup form. And the coach announces: They want to play against the DFB losers in the same way as they did when they won the World Cup. The media celebrate the team and even the king marvels at the furious "Furia Roja".

For the shocked fans of the German national soccer team, late Wednesday afternoon turned into another little horror trip - on the smartphone. With almost every update of the favorite live ticker, the desperation grew and the belief smaller that the DFB team could still reach the knockout stages at this World Cup. With 7:0 (3:0) Spain, the next group opponent, played the small Costa Rica. And was completely intoxicated from then on. "I don't know if we're favorites for the World Cup, but we certainly have a good chance. We're very keen to do something big," said doubles goalscorer Ferrán Torres.

Because Germany had previously collapsed in a grotesque way and after taking a lead against Japan (1:2), a win against the unleashed Iberians is needed on Sunday (8 p.m. in the live ticker on ntv.de) to increase the chances of reaching the round of 16 more than theoretically on Sunday to get life. Even if you win, things are no longer in your hands (as you can read again here).

Spain had brutally and mercilessly rushed to their record victory, flexing their muscles before the duel with Germany - after the final whistle everything concentrated on the youngest: Gavi was pressed by coach Luis Enrique, the teammates stroked the 18-year-old's head. The teenager had played sensationally - and scored as the youngest World Cup player since Pele in 1958. "They told me after the game, I didn't know it," admitted the FC Barcelona super talent, who won the Player of the Match award, "I'm very proud of it." And indeed, Spain underlined their claim to their second title after 2010 with the highest World Cup victory in their history.

Leipzig's Dani Olmo (11th) opened the lively goal festival, Marco Asensio (21st), Ferran Torres (31st, penalty kick / 54th) with a brace, Gavi (74th), Carlos Soler (90th) and Alvaro Morata (90.2) also contributed to the win. Coach Luis Enrique's young team played variably and without frills - and Spain also won their opening game at a World Cup for the first time since 2006. Despite their young age, Gavi (18), Pedri (19) and Torres (22) are already pillars of the team, and that was evident early on. Spain combined rapidly, spread an intoxicating joy of playing.

The mood in Germany is close to depression, while in Spain it is at least pink. The usual opinion polling media in the country sing the most beautiful anthems after the furious performance of "Furia Roja". "Historical presentation" was the title of the "Marca". "Spanish symphony" was the comment on "Mundo Deportivo". The sports newspaper tweeted after the final whistle: "In Germany they are calling for help."

Well, it's not quite that far yet. The belief still prevails that the buck against Spain will be knocked over. "We'll pull ourselves together. We have the quality, the confidence and the style of play to beat Spain too," says Thomas Müller, for example. And "Kicker" columnist Jürgen Kohler thinks: "Perhaps the playing strength and enthusiasm of the Spaniards will suit us a bit." Yes, perhaps. Maybe not.

In Spain they don't concern themselves with the mood of the next opponent, which alternates between depressive and desperately optimistic. The atmosphere is royal, which is probably also due to Felipe VI's visit to the dressing room. "I've never seen a game like this, with a result like this. The result is important, but watching the Selección play like this was a real pleasure," the royalist said, according to media. But resting at the gala doesn't apply in Spain either. "We'll be the first to train tomorrow to prepare for the game against Germany," coach Luis Enrique announced for himself and his support staff on Wednesday evening and became very philosophical: "Praise weakens, we know that, but we won't fall for it."

With a 7-0 win, the highest World Cup victory in football history, a very strong start to the tournament, many hymns of praise and the courage of those in power, the 2010 world champion goes into the giant duel. "We'll try to play Germany the same way. If they beat us then we have to say they were better than us," said Enrique. The record speaks clearly for his team. The Iberians are the only big football nation against which the DFB selection could not win a competitive game in this millennium. The last victory was more than 34 years ago. At the home European Championships in 1988, Rudi Völler scored twice in the group stage in a 2-0 win at the Munich Olympic Stadium.

In Germany, all eyes are now on Hansi Flick. The national coach has to prove that he can be a strong and successful crisis manager. He wants to explain in the morning how he intends to get the team back on track: Flick is unscheduled in a video booth for the media. Actually, one of his assistants was supposed to speak the day after the game. 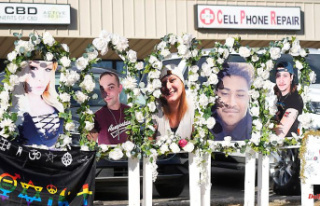