"They run until they drop": DFB captain Popp warns of euphoric Austria

The DFB women are going into the quarter-finals of the European Championship against Austria with an impeccable preliminary round record. 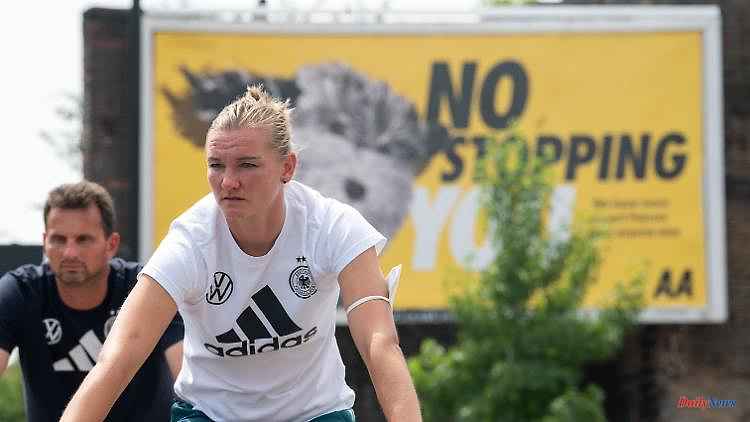 The DFB women are going into the quarter-finals of the European Championship against Austria with an impeccable preliminary round record. There is a reunion with acquaintances - and they are wildly determined to trip the record European champion. Alexandra Popp expects opponents who will fight to the point of exhaustion.

The national coach shooed her players to the bus, Martina Voss-Tecklenburg couldn't walk the 84 kilometers back to the team headquarters in Brentford fast enough. "We would do well to prepare seriously for the opponent from 11 p.m.," said the 54-year-old. A few minutes later it finally happened with the departure on Saturday evening in Milton Keynes after the 3:0 in the last group game against Finland. Everyone was talking about the quarter-finals against Austria - the first knockout game of the German soccer team at the European Championships in England.

"They definitely run until they fall over. They'll hit everything," said captain Alexandra Popp about the Austrians. A lot of WhatsApp messages flew back and forth between them and the German players at the weekend, and Voss-Tecklenburg also contacted Austria team manager Isabel Hochstöger. "You know each other well," the national coach remarked after the upcoming opponent's 1-0 coup against Norway. With 13 players from the German Bundesliga, Austria will go into the quarter-finals on Thursday in the Brentford Community Stadium.

"We're looking forward to this neighborhood duel. It won't be a stroll in any direction," said Voss-Tecklenburg. "I still think we're slight favourites." Her Austrian colleague Irene Fuhrmann said: "We know that Germany is superior and is currently performing extremely well."

In Barbara Dunst, Virginia Kirchberger, Verena Hanshaw and Laura Feiersinger, four professionals from Eintracht Frankfurt are part of the Austria squad, plus Carina Wenninger (AS Roma since July 1) is a long-time player and Manuela Zinsberger (Arsenal FC) is the former player Goalkeeper of FC Bayern Munich. "I think it's good that Austria is the next opponent, I find it exciting because a lot of them come from the Bundesliga," said Munich's Linda Dallmann.

In the last group game, which was meaningless for the table, national players from the second row such as Dallmann, Sophia Kleinherne, Lena Lattwein, Sara Doorsoun and Nicole Anyomi were able to stand out and confirm that the DFB squad is well positioned across the board. In front of 20,721 spectators, Frankfurt's Kleinherne (40th minute) and Joker Anyomi (63rd) scored their first international goals. In addition, Wolfsburg's Popp (48th) scored her third goal in three games.

"I didn't think it was super brilliant today, but it was very, very serious," said Voss-Tecklenburg on Saturday evening in Milton Keynes. "Not everything went well today, but at the end of the day we are in this group with nine points and 9-0 goals."

Eintracht striker Laura Freigang was the last of 20 field players to play at the European Championship. "I think we can be called favourites, even after the performances we have shown," said the 24-year-old. She knows very well that the Austrians are a close-knit group that can celebrate passionately - like after reaching the quarter-finals, when Rainhard Fendrich's "I am from Austria" rang out from the huge jukebox. "I know the people from home. I know how crazy they are. It didn't surprise me at all to see Barbara (Dunst) with a chair over her head," said Freigang.

The Austria women were already in the semi-finals in the Netherlands in 2017 and only lost to Denmark on penalties. And the DFB selection does not have to look far back in history to be warned: At the last European Championship, they failed - still under coach Steffi Jones - in the quarterfinals to Denmark, at the 2019 World Cup in France in the same round to Sweden. "We will definitely show Germany who we are," said Austria striker Julia Hickelsberger-Füller. 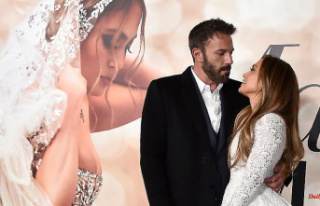