The Greens and the CDU are not yet talking about exploratory talks, but three days after the state elections in North Rhine-Westphalia, the two parties are meeting for the first time for talks with significant gains in votes. 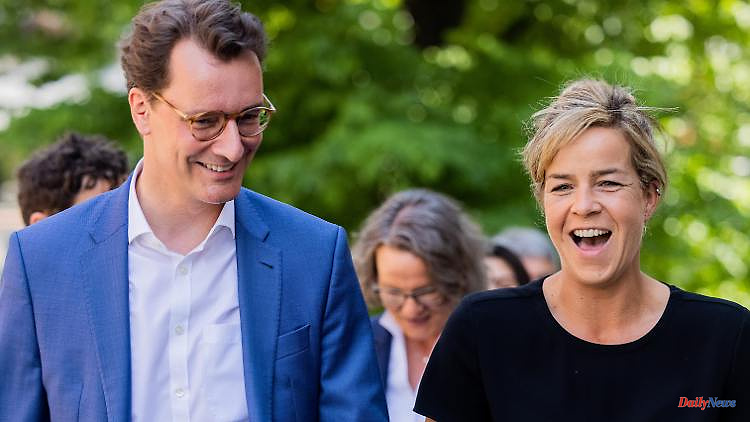 The Greens and the CDU are not yet talking about exploratory talks, but three days after the state elections in North Rhine-Westphalia, the two parties are meeting for the first time for talks with significant gains in votes. Prime Minister Wüst reports of a "good spirit".

Three days after the state elections in North Rhine-Westphalia, the CDU and the Greens met in Düsseldorf. "It was a first good conversation in a good spirit - and now we're going to the committees of the parties to discuss everything else," said Prime Minister Hendrik Wüst from the CDU after the almost two-hour conversation. Greens top candidate Mona Neubaur made a similar statement: The results of the conversation would now be evaluated in the parties, she said. Wüst and Neubaur had demonstratively entered the West German Chamber of Crafts in Düsseldorf side by side.

With the meeting, the Greens followed the invitation of the election winner, the CDU. An assessment of the current political situation was planned, but there was no talk of soundings. On Monday, the CDU sent invitations to talks to all parties represented in the state parliament, with the exception of the AfD.

"We know where the differences lie - we know where the similarities lie," Neubaur said on Tuesday after her party's first parliamentary group meeting. This applies to the CDU as well as to the SPD and FDP. "Regardless of which party we would enter into negotiations with about green content, it will be tough at the negotiating table," she said.

According to preliminary results, Prime Minister Wüst's CDU got 35.7 percent of the vote in Sunday's election. The Greens came in third with 18.2 percent. A black-green coalition or a traffic light government made up of SPD, FDP and Greens would now be conceivable. The third option, a grand coalition of SPD and CDU, has not yet been discussed.

1 More puzzles about Tim Stützle: Two "exceptional... 2 Case of illness in the band: The doctors have to postpone... 3 "Same tools": Experts: World poorly prepared... 4 Prank calls against war: Massive prank call action... 5 Only half have surrendered so far: Separatists suspect... 6 Criticism of "populism": Economist wants... 7 Because of the long wait for trial: the court releases... 8 Germs in the chocolate factory: the EU blames Ferrero... 9 Taliban had an easy time: Report: US withdrawal main... 10 Life after a stroke: Michael Hartl "could cry... 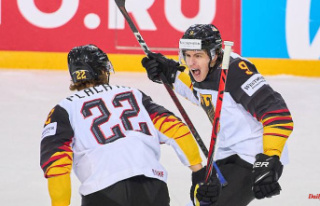