The logo is confusingly similar to the original - and the offer also seems very familiar. 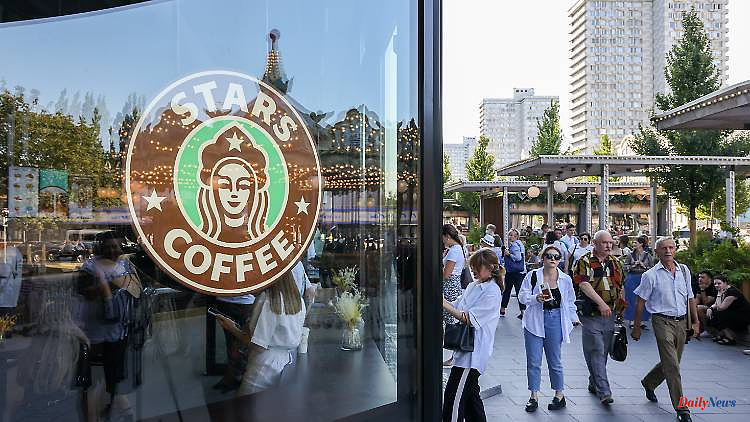 The logo is confusingly similar to the original - and the offer also seems very familiar. With the Russian brand clone of Starbucks, practically nothing has changed except for the name. What pleases customers also suits the coffee house from Seattle.

It is not immediately apparent to customers that four weeks ago the former cafés of the US company Starbucks in Russia reopened under a new name. "I can't say that much has changed here. The buildings are the same, there is still a similar atmosphere and the quality can also compete with Starbucks," a customer told our ntv correspondent in front of a branch in Moscow.

Even the Stars Coffee logo borrows heavily from the Seattle-based company. It shows the face of a woman with long hair and two stars in the center of a circle - just like the brand logo used by Starbucks until 2011. The only difference: Instead of the fins of the well-known Starbucks mermaid, a face with a traditional Russian headgear now adorns the logo.

It will provide some continuity for customers, according to Russian rapper Timuti and his co-founder Anton Pinskiy, who bought the company's assets in August this year. "People's perceptions may differ, but when you compare, you don't find anything in common other than the circle," says Pinskiy.

The brand experience hasn't changed much with the takeover for a number of reasons: First, about 80 percent of the 2,000 former Starbucks employees decided to stay after the change of ownership. On the other hand, the usual drinks can also be found on the menu. The new chain will even continue to write customers' names on the cups when ordering.

A customer in front of the Stars Coffee branch in Moscow confirms that the departure of US companies has left a gap: "During the time when there was no Starbucks in Moscow, I really missed it. But now everything is again good."

A number of Western companies have left Russia since the beginning of the Ukraine war. So that the population does not have to do without Starbucks, McDonald's and Co, resourceful Russian businessmen seize the moment and bring well-known brands back onto the market in slightly modified form. Their credo: Russia can overcome Western sanctions if the country trusts itself. The economic situation is difficult at the moment, Oleg Eskindarow admits to the news agency TASS - his holding company has a stake in Stars. "But it's a time of opportunity," he says.

"Russian companies can be successful with a rebranding of US companies as long as the original does not exist on the market," says brand expert Karsten Kilian ntv.de Stars Coffee remains a cheap copy and only works if the original or better alternatives are missing.

But according to Kilian, the imitator from Russia also acted very cleverly. The Seattle coffee house can only sue Stars Coffee if it still uses the old logo itself - but it hasn't done so since 2011. "Accordingly, Starbucks has bad cards because there is no risk of confusion with the new brand logo." Starbucks itself has not yet commented on the similarity.

The fact that Starbucks does nothing against the brazen imitation could be because the coffee house chain is aware that anyone who orders their coffee from Stars Coffee knows which company previously operated the branch. In addition, according to Kilian, the Starbucks copy keeps alive the coffee culture introduced by Starbucks in Russia. On the other hand, probably also the longing for the original. According to Kilian, things could get exciting again if the US company decides to return to the Russian market in more peaceful times. "Then Starbucks has to stand up to the clone and recapture the market again. In front of the Stars Coffee branch in Moscow, that couldn't happen fast enough for at least one customer. Despite all the similarities, she has a longing for Starbucks.

"Should Starbucks be back in Russia in 5 or 10 years, many Russian customers will likely turn their backs on Stars Coffee and order a 'Caramel Pumpkin Spice Frappuccino' or a 'Peppermint White Chocolate Mocha' from the original again," Kilian is certain.

Starbucks withdrew from Russia in March this year as a result of the Russian military offensive in Ukraine and closed its 130 stores. According to the new owners, all of the chain's locations across the country should reopen by the end of September. 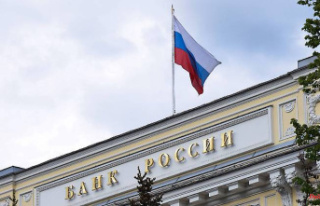