Trial begins on October 17: what Musk's dispute with Twitter is about

Elon Musk no longer wants to know anything about his Twitter deal, but the company insists on the contractually agreed takeover. 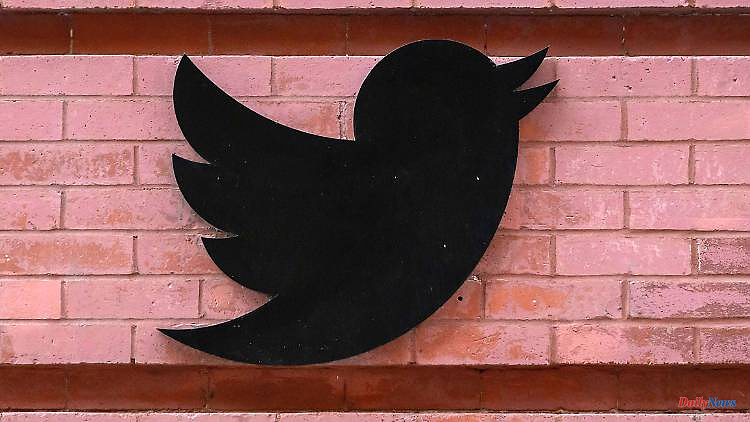 Elon Musk no longer wants to know anything about his Twitter deal, but the company insists on the contractually agreed takeover. In four weeks, the parties will meet in court, both will position themselves in the media. What happened and what is at stake?

Does he buy Twitter now, or does he not buy it after all? Elon Musk's disguised takeover attempt has kept the tech world in suspense for months. After the US billionaire initially raved about Twitter, he has now put the contractually binding deal "on hold". Twitter does not want to accept that. It has been clear for a few weeks that the two parties will fight their dispute in court from October 17th.

The blockbuster process is about a total of 44 billion US dollars - and the question of whether Elon Musk can be forced to buy Twitter. But how did it even come to this?

The most important chapters of the Twitter takeover battle summarized:

Musk apparently made the decision to get involved with Twitter at the beginning of the year. At the end of January, the entrepreneur buys the first Twitter shares. By March, he would gradually increase his stake to nine percent, making it Twitter's largest single shareholder. However, the public did not find out about this until weeks later.

Musk is trying to get in touch with the leadership of the short message service behind the scenes. On March 26, he reached out to Twitter founder Jack Dorsey to discuss "the future direction of social media." The Board of Directors meets a few days later. At this point, the Twitter managers are apparently already aware that Musk wants to get actively involved in the company. Around the same time, Musk mused aloud on his Twitter channel about building a new social network.

On April 4th, a mandatory announcement will appear on the website of the US Securities and Exchange Commission, making Musk's new role as the largest Twitter shareholder public for the first time. Twitter boss Parag Agrawal then offered Musk a seat on the board of directors, apparently to tame him and bind him to stricter rules. Musk declined a few days later.

Instead, on April 14, he made an offer to buy Twitter. Musk is offering $54.20 per share for 100 percent ownership. That corresponds to a purchase price of 41.4 billion dollars. Almost $6 billion more than Twitter is worth on the stock market at this point.

The SEC filings also provide insight into the US billionaire's motives. Musk firmly believes that Twitter can become the world's leading platform for free speech. But only if he takes responsibility. "It's just not a good investment without the necessary changes, and those changes won't happen if the company stays public," Musk said in a transcribed voice message to Chairman Bret Taylor. At the same time, he made it clear that he would possibly sell his stake in Twitter again if the purchase offer failed. The deal is his "best and last offer".

Twitter initially defended itself against the hostile takeover with a so-called "poison pill", which is intended to make it more difficult to buy up further shares. On April 25, the reversal follows: Twitter announces that it has now agreed on a deal with Elon Musk. The purchase price is 44 billion US dollars. Around the same time, Musk secures loan commitments for his purchase.

The public spectacle about the takeover also has positive sides for Twitter: In April, the company announced the largest increase in users for years.

Elon Musk seems to be getting cold feet. On May 3, the US billionaire raved about Twitter's "great potential" to become the "most trustworthy and inclusive forum in the world". Ten days later he seems to have changed his mind again. On May 13, Musk wrote on his Twitter channel that the deal was "temporarily on hold." He first wanted to see more information about the proportion of fake and spam accounts on the platform.

In the days that followed, Musk continued to cast doubt on the authenticity of Twitter's user base. He also questions the figures that the company has given him. Observers see Musk's hesitation as an attempt to lower the purchase price.

With Musk's retreat, a public mud fight begins. The slugfest between Agrawal and Musk reached its all-time low on May 16, when Musk commented on a post by the Twitter CEO with a laughing fecal emoji.

With the summer holidays, a little calm returns. Then, on July 8, the big bang comes: Musk declares the purchase agreement with Twitter null and void – and wants to bury his takeover plans. His lawyers argue that Twitter deceived Musk about the real number of bogus accounts when he signed the purchase agreement, or did not provide him with sufficient information.

Twitter's board of directors is unimpressed by Musk's cancellation. We are still determined to complete the contractually agreed deal. On July 12, Twitter filed a lawsuit in a Delaware court to enforce the closing of the purchase agreement.

In an extraordinary shareholders' meeting on September 13, a majority of Twitter investors voted to sell it to Elon Musk, despite his resignation from the deal. At the same time, more and more new information about the covert Twitter takeover is coming to light. Both parties are apparently trying to position themselves in the media before the big process.

On September 9th, Elon Musk brings the whistleblower Peiter Zatko into play as a witness. After his departure in January, the former Twitter security chief made serious allegations against the company, including the lack of protection of user data and the deliberate misleading of authorities and investors. Elon Musk cites Zatko's descriptions as further evidence that Twitter had hidden significant shortcomings from him before the deal.

In October there could be a big showdown between Twitter and Musk. The trial in front of a Delaware court is scheduled to start on October 17 and will clarify the question of whether the Tesla boss can get out of his purchase agreement with Twitter with impunity. The responsible judge has scheduled five days of trial for this.

Observers believe it is possible that Musk could ultimately be forced to buy Twitter. In the worst case, $44 billion is at stake for him - and a drop in the value of his car company Tesla. Experts expect that the Twitter purchase could have a negative impact on the e-car pioneer's share price. Another possibility is that Musk "only" has to pay a $1 billion penalty. Either way: The case of Twitter vs. Elon Musk is already one of the most spectacular disputes in the history of Silicon Valley.

The article first appeared on Capital.de

1 Water stays still: Carbon dioxide is running out 2 Big trouble in summer: Many customers complain about... 3 Delayed price shock: This is how economists arrive... 4 Rising prices, expensive energy: is a consumer strike... 5 Not punctual despite overtime: Lack of staff exacerbates... 6 Survey by the IFO Institute: Working from home remains... 7 Group continues to rely on coal: VW can earn 400 million... 8 Draft by the Ministry of the Environment: the plastics... 9 Interview with Frank Thelen: "I can understand... 10 Confederation controls refineries: Rosneft wants to... 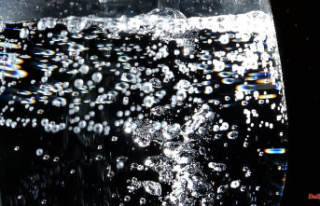