He was once seen as a beacon of hope, but now Russia's ex-president Medvedev has drawn attention to his radicalized positions. 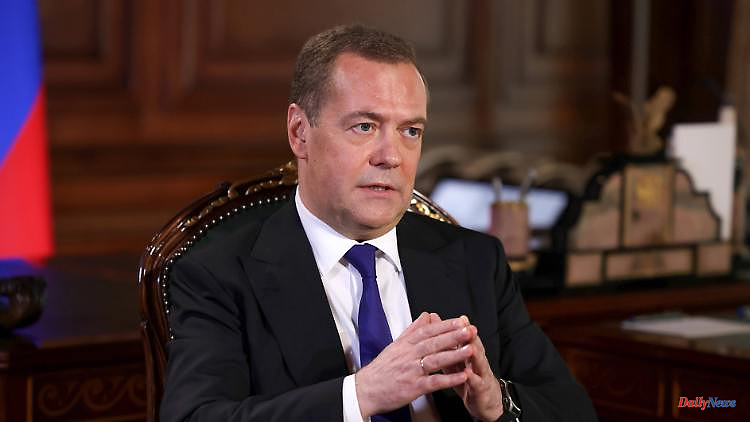 He was once seen as a beacon of hope, but now Russia's ex-president Medvedev has drawn attention to his radicalized positions. He also commented on Chancellor Scholz's visit to Kyiv: "European fans of frogs, liverwurst and spaghetti love to visit Kyiv," he writes. "With zero benefit."

Politicians would have to travel by train like they did 100 years ago. They held out the prospect of EU membership and "old howitzers" for Ukraine, said Medvedev, who is now deputy chairman of the Russian Security Council. "It's all good. But it won't bring Ukraine any closer to peace. The clock is ticking."

Scholz, Macron and Draghi traveled to Kyiv that night to meet with Ukrainian President Volodymyr Zelenskyy. Medvedev was head of the Kremlin between 2008 and 2012 and was seen by many as a beacon of hope. Since the beginning of the Russian war of aggression against Ukraine, however, he has often made disparaging remarks about the neighboring country and Western states. In Ukraine, his statements are seen as evidence that Moscow's official war goal - the "liberation" of the Donbass - is just a pretext for the annihilation of the entire Ukrainian culture.

As recently as Wednesday, Medvedev questioned the continued existence of Ukraine as a sovereign state in a post on Telegram, once again causing a stir. Medvedev wrote on Telegram that he had read that Ukraine wanted to conclude contracts for the supply of US liquefied gas for two years. Then he added: "Just one question: who said that in two years Ukraine will even still exist on the world map?"

1 Back Market is singled out because of 'deceptive... 2 Heavy fighting for Sieverodonetsk: Separatists promise... 3 The federal government paid 21.5 million euros: process... 4 Drome. Etoile-sur-Rhone: an agricultural fire destroys... 5 UN refugee commissioner on RTL: "The humanitarian... 6 Sexual harassment: How a day at Lake Garda turned... 7 "Still a risk": After Scholz's arrival:... 8 Rocket launchers until the beginning of August: Lambrecht... 9 Together with Macron and Draghi: Scholz is on his... 10 Battle for Azot chemical plant: Russia accuses Ukraine... 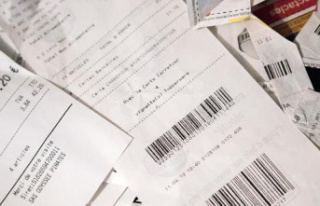 Back Market is singled out because of 'deceptive...