"Still a risk": After Scholz's arrival: air alert in Kyiv

Shortly after Chancellor Scholz's arrival in Kyiv, an air raid alarm was raised in the Ukrainian capital. 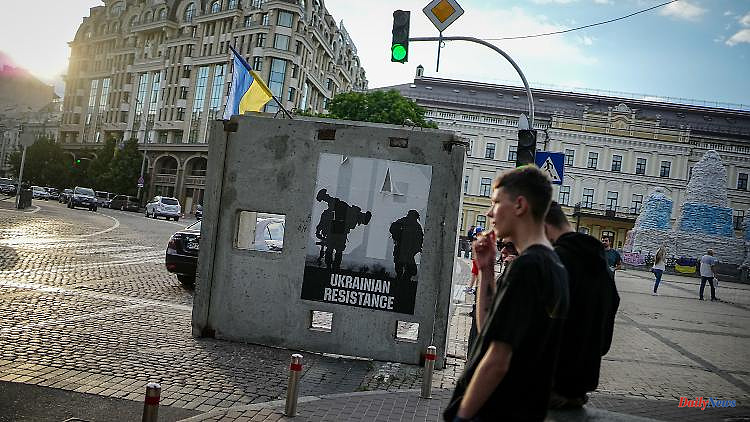 Shortly after Chancellor Scholz's arrival in Kyiv, an air raid alarm was raised in the Ukrainian capital. This is only lifted again after half an hour. Kiev's Mayor Klitschko speaks of a risk in visiting Kyiv. "Rockets can still hit at any time".

Shortly after the arrival of Chancellor Olaf Scholz in Kyiv, an air alert was triggered in the Ukrainian capital. After about half an hour, this was lifted again. There were also air alerts in numerous other parts of the country. Scholz is visiting Kyiv with French President Emmanuel Macron and Italian Prime Minister Mario Draghi to hold talks with the Ukrainian leadership.

Kiev's Mayor Vitali Klitschko had previously acknowledged the visit and at the same time warned of rockets falling on the capital. "It's a sign of great support at a time when it's still a risk to visit Kyiv, because rockets can still fall at any time," he told the "Bild" newspaper. According to Klitschko, the visit "is above all of great symbolic importance and shows support for Ukraine in times of war". There can only be stability in Europe "when Putin finally ends this cruel war against our country".

Scholz, Macron and Draghi traveled to the Ukrainian capital on a special train that morning. There they want to talk to President Volodymyr Zelenskyy about further support for the country attacked by Russia and about Ukraine's desire to join the EU. A little later, Romania's President Klaus Iohannis announced that he had also arrived in Kyiv.

Since mid-March, numerous heads of state and government have traveled to Ukraine, which has been resisting attacks by Russian forces for almost four months. However, this visit is undoubtedly the most important: Scholz, Macron and Draghi represent the three most populous and economically strong EU countries. All three states belong to the G7, in which democratic economic powers have come together. Zelenskyj is demanding that Europe deliver more heavy weapons and that the EU agree to Ukraine's candidacy for membership at its summit in Brussels next week.

The Ukrainian ambassador to Germany, Andriy Melnyk, described Scholz's visit to his country as an "important signal". It should "open a new chapter in German support for Ukraine," said Melnyk. A new direction is urgently needed.

Just a few days ago, Dutch Foreign Minister Wopke Hoekstra had to spend a while in a bomb cellar during his visit to Kyiv because of an air raid alarm. The 46-year-old fled to safety ahead of a scheduled meeting with Mayor Klitschko as sirens warned of Russian airstrikes.

1 Rocket launchers until the beginning of August: Lambrecht... 2 Together with Macron and Draghi: Scholz is on his... 3 Battle for Azot chemical plant: Russia accuses Ukraine... 4 High mountains. After falling more than 2800m above... 5 Summer wave as a warning signal: Greens are quickly... 6 The night of the war at a glance: Scholz on the way... 7 Ukrainians second largest group: more people fleeing... 8 Resignation for breach of trust?: Boris Johnson loses... 9 Bushman on tank discount: "Most popular measure... 10 "Expectations not met": Turkey wants to... 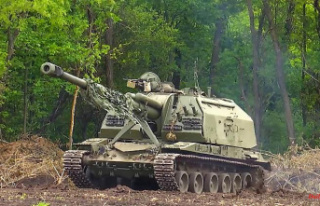 Rocket launchers until the beginning of August: Lambrecht...