The second day of the G7 summit will focus on the war in Ukraine and its aftermath. 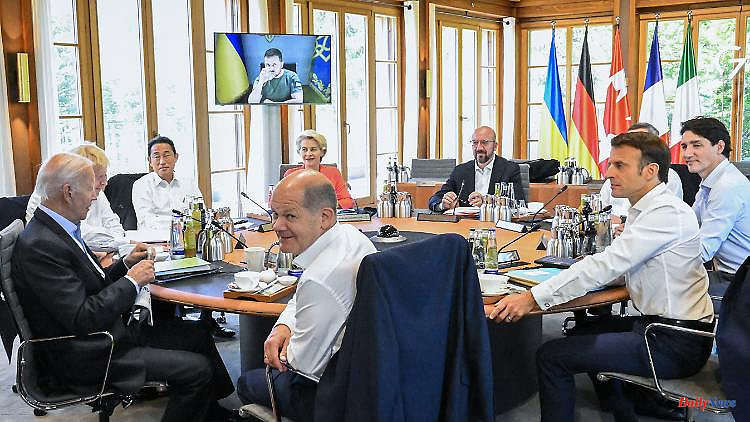 The second day of the G7 summit will focus on the war in Ukraine and its aftermath. President Selenskyj is also involved in this. He asks the leading industrialized countries for help, for example with air defense systems. Because Ukraine wants to end the war this year.

Ukrainian President Volodymyr Zelenskyy has called on the G7 countries to "do everything" to end the war with Russia later this year. During the talks with the G7 heads of state and government, Zelenskyy pointed out that the war would last a long time if it dragged on into the winter, G7 circles said at the summit at Schloss Elmau. In addition, Selenskyj has called for the sanctions against Russia to be tightened, it said.

The G7 countries pledged their help to Ukraine "for as long as necessary". "We will continue to provide financial, humanitarian, military and diplomatic support and stand by Ukraine for as long as necessary," a statement on Ukraine said. Among other things, the heads of state and government held out the prospect of tightening sanctions against Russia. The focus should be on the defense industry and the technology sector. "We are determined to reduce Russia's revenues, including from gold," the paper said. No further details were given.

The G7 once again called on Russia to end the war - and warned the country against using chemical, biological or nuclear weapons. This would be unacceptable and would have serious consequences. In the paper, they also called on Russia to stop attacks on agricultural infrastructure immediately and unconditionally and to open the ports for grain exports.

"As the G7, we stand united on the side of Ukraine and will continue our support," Chancellor Olaf Scholz tweeted at a picture of the meeting with Zelenskyy. To do this, everyone would have to make tough but necessary decisions. "We will continue to increase the pressure on Putin. This war must come to an end," wrote Scholz.

Selenskyj was connected via video to a working meeting of the G7 summit at Schloss Elmau. The Russian war of aggression against Ukraine will be one of the dominant topics on the second day of the summit. According to a diplomat, Zelenskyy asked the summit participants to deliver air defense systems. In addition, the seven leading western industrialized countries should help Ukraine to export grain and provide the country with financial aid for reconstruction.

In view of the looming hunger crisis, especially in East Africa, the G7 countries are already trying to facilitate grain exports from Ukraine. "Negotiations are currently going on day and night," Chancellor Olaf Scholz told ZDF. The topic is causing the leading democratic economic powers great concern and they want to help.

Money should also be used to ensure that hunger crises are avoided, said Scholz. Specific financial commitments are also expected from the G7 countries. Ukraine and Russia are the world's largest wheat exporters. They usually cover almost a third of global demand - but because Russia is currently blocking the Ukrainian ports, a lot of grain cannot be exported.

According to the World Food Program, 50 million people worldwide are on the brink of starvation. The UN organization assesses the situation in Ethiopia, Nigeria, South Sudan, Yemen, Afghanistan and Somalia as catastrophic.

The summit day continues with the participation of the leaders of five host countries: India, Indonesia, South Africa, Senegal and Argentina. The larger group will discuss, among other things, the climate crisis and the topics of energy security and health. Later in the day, UN Secretary-General Antonio Guterres will also be connected, for example to discuss the impending hunger crisis.

The summit of the seven important democratic industrialized countries began on Sunday afternoon and will last until Tuesday. In addition to Germany and the USA, the G7 also includes Canada, Great Britain, France, Italy and Japan. In addition, EU Commission President Ursula von der Leyen and Council President Charles Michel will take part in the summit. 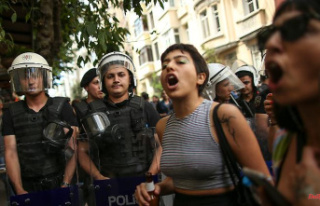 Hundreds of arrests in Istanbul: the police are taking...